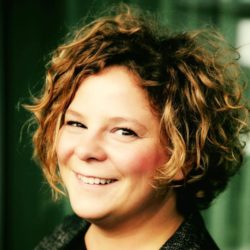 25 September was a ‘blue Monday’, at least for the Italian centre-left coalition led by Enrico Letta, which registered one of the worst electoral results of the last years. It was blue, like the Brothers of Italy party colour, a blue flag with a tricolour flame at the centre.

25 September saw Giorgia Meloni, the leader of ‘Brothers of Italy’ (FdI), a fascist, anti-immigration, and anti LGBT-rights party, winning unprecedented support (26.2 per cent) and quintupling her party’s electoral results since 2018. A part of the FdI electorate is composed of extreme right supporters, but the great majority of her voters didn’t choose the party because of some fascist revanchism that exploded in the last five years. They did so because of a profound sense of disaffection toward traditional parties and the status quo. Italians are mainly asking for three simple things: to have a job, to have a decent salary and to live in a secure environment. Meloni used simple rhetoric based on nationalism, identity, and tradition to appear close to the people and the one leader Italians could trust the most to fight for their battles. There are no precedents against her, as she managed to brand herself as a relatively new figure on the Italian political scene that has never led the country – despite a lifetime in politics and a stint as Minister of Youth during Prime Minister Silvio Berlusconi’s government from 2008-2011. Moreover, she led the only party in parliament that opposed Mario Draghi’s coalition government. She claimed this was in order to remain coherent with her party’s ideas, but conveniently it made her appear as an authentic leader, and it allowed her to start campaigning long before Draghi’s previous government fell.

Of course, the profound disaffection towards traditional parties and a status quo of economic stagnation and real wage decline felt by many Italians, which are the root of Meloni’s success is not a new phenomenon. The trend was evident in 2018, when the populist Five Star Movement (M5S) won 32.7 per cent, after its founder Beppe Grillo had claimed, already in 2013, that his party would ‘open the Parliament as a tuna can’. It happened with Matteo Salvini, the leader of right-wing eurosceptic Lega, when in 2019 he received 34.26 per cent in the elections to the European Parliament, by declaring his fight against national and European elites. It is happening all the time, when a political party claims to be against the system and close to the citizens. It is, after all, the simplest populist recipe to win votes.

Finally, Meloni’s triumph was also due to the right-wing coalition’s ability to stick together, even in front of massive issues that could easily have divided them. Recently, Meloni and Salvini’s opposition against the European Parliament’s report that downgraded Hungary from ‘full democracy’ to ‘electoral autocracy’, forced the leader of Forza Italia, Silvio Berlusconi, to state his party (Forza Italia) supports liberal democracies and stands in line with the European People Party (EPP). Yet, when it comes to deciding about their government, Italian voters are mostly influenced by internal issues. The many controversies inside the electoral coalition were not enough to push the electorate to doubt the stability of a future right-wing coalition government.

In stark contrast, the Democratic Party (PD), which still got 19.2 per cent of the vote, was unable to build a strong coalition. The PD refused to include the M5S in an alliance, which finally received 15.1 per cent, considered responsible for the collapse of the Draghi government. On the other hand, Azione (‘Action’, 7.7 per cent), the new liberal party led by Carlo Calenda and Matteo Renzi, refused a coalition with the PD, when the latter signed an agreement with the Green Alliance and the Italian Left (3.7 per cent). Moreover, it is evident that centre-left parties have lost the support of their traditional voters and are increasingly perceived as the parties of the elite. According to the Italian National Statistical Institute (Istat), 1.9 million Italian families are in a condition of absolute poverty, and in the South, one family out of eight is under the poverty line.

This is why the Five Stars Movement, the promoter and supporter of the ‘Citizens Basic Income’ (called in Italian ‘Reddito di cittadinanza’,  a conditional unemployment benefit scheme, note of the editor), registered a landmark victory in the South, reconfirming its position as the first party in the area. Indeed, it built its electoral campaign on the idea that its leader, Giuseppe Conte, was the unique politician standing with the most economically vulnerable citizens. And this is also why Meloni won so much in the more industrialised North because she was fiercely claiming the need to cancel the Citizens Basic Income Scheme, and introduce more active policies for employment.

Here comes the most important issue: what will happen now to the Italian economic system? Considering her programs and declarations, Meloni will try to push forward a fiscally controlled political economy. She does not want to rise national debt and she wants to free Italy – and Europe – from the Russian gas dependency. Yet to overcome the energy crisis, apart from a price cap and taxation on companies’ extra profits, she is willing to revise the National Recovery Plan Italy has agreed with the EU, to reallocate some of the resources and cover the skyrocketing energy prices. However, since Italy depends on the EU Recovery Fund, Meloni has little room for economic manoeuvring. Internal policy, however, is another story. Meloni has a very strict anti-immigration agenda, and she is against the right for LGBT-people to adopt children. In this respect, the impact of her government on minorities and on people of diverse backgrounds will be the heaviest.

On a European level, the majority of EU leaders does not trust Meloni, and, as the first woman Prime Minister in Italy, she will be confronted with the egos of her male allies: the octogenarian Berlusconi, leader of Forza Italia (8 per cent) on the one hand, who is pro-EU, does not share her sympathies for Poland and Hungary and has foggy positions vis-à-vis Russia. Just before the elections, Berlusconi, who condemned Russia at the beginning of the war, declared on national television that Vladimir Putin was dragged into the conflict by internal pressures and his goal is simply “to replace Zelensky with a government of good people”. On the other hand, Salvini, leader of the Lega (8.9 per cent), even though ideologically closer to Meloni when it comes to the EU, opposes sanctions against Russia. In addition, having massively lost to Meloni, Salvini might try to rebuild its electoral support by focusing again on promoting regional autonomy, the Lega’s historic core subject, which is against FdI’s program for a strong central state.

He already turned his back to the right-wing coalition in 2018, when, in disregard for his ideological allies on the far-right, he entered a coalition government with the Five Star Movement, and he might play similar games now too, if he sees a chance to take back some votes.

Beyond the far-right ideologies and the loss of social rights, what is equally dangerous for Italy will be political instability, which will not only depend on the negotiations to form a new government, but also on the right-wing coalition’s internal dynamics.

25 September was a ‘blue Monday’. Yet prolonged political instability in Italy, the third Eurozone economy and one of the funding EU member states, could result in ‘blue months’ for the entire bloc.