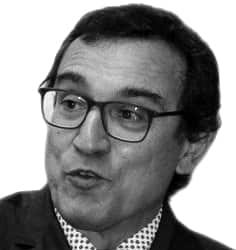 The increasingly diverse population (of cultures, nationalities, languages, religions, etc.) in our cities is a direct consequence of globalisation and the human mobility it brings. States assume that this diversification must be managed, because without intervention it tends to generate ideological extremisms, political fragmentation, social division, daily xenophobia and racism. However, they have yet to find an effective and durable answer on how to govern diversity. After three decades of exploration, we are in a phase of frustration.The underlying problem is that the irreversibility of this process has not yet been taken seriously.

This debate began in the eighties of the last century, following parameters of social justice, equality, fundamental freedoms and human rights, but also of national-state protectionism. At this time, multiculturalism seemed the answer, focused on providing specific rights to those who are different, or a renovated version of national-civic assimilationism focused on minimum duties required to live together: a common language but also sharing symbols and historical national narratives. This is the basis for the proliferation of citizenship tests and integration contracts, which have generated so much debate, as these test would probably also be difficult to pass for some national citizens.

The denunciation of discrimination related to diversity is our way of generating awareness. The “diversity gap” in public administrations, police, schools and political parties also remains a pending issue very similar to the process of incorporation of women in mainstream institutions.
We are likewise in a historical phase of consciousness in which any proposed policy must be intersectional, i.e. connecting identity criteria with socioeconomics, legal status, gender, and even educational levels. This phase of “superdiversity” (Vertovec) will become more multidimensional as new generations advance through mixed marriages. We are just entering a historical phase where having a single national identity in the family becomes the exception.

Given this new geography of diversity, the two former policy paradigms do not offer a convincing map. Everything is now very complex. One person may hold multiple categories of differentiation that can potentially be translated into inequality. We are in a post-ethnic and post-racial era.

This path of reflection is fully connected to my view that it is not “diversity of cultures” which we need to focus on, but on how to give content to a “culture of diversity”.

These two approaches also do not manage to see that many of the problems arising from diverse societies are due to a lack of contact and mutual knowledge. This is the basis of the intercultural policy paradigm. The premise of this policy philosophy is to think of diversity not from state parameters that tend to interpret it in security and instability terms, as an alteration of a national tradition. Living together in diversity cannot be anything other than the product of learning and the result of socialisation that public authorities should be responsible for. We need to recognise that the former approaches have completely neglected the claims of national citizens, who are also in need of new parameters to live in diversity contexts.

The first thing that must be achieved is that the population recognises diversity. Soon we will all be “others”! Without this prerequisite, people will hardly have the predisposition to enter into positive contact with others, but will always be negatively oriented by prejudices and stereotypes. Furthermore, this diversity-recognition can act as an antidote against any kind of fundamentalism that may want to impose its own world-view on others.

This management methodology rejects this subtle trend that whoever defines diversity never include themselves within it. The conceptual barrier that the other policy paradigms continue to reproduce is slowly breaking (in historical time, everything seems very slow). One is framing diverse societies in minority and majority terms. There are still recognised scholars who speak about migrants as minorities! Another barrier is thinking about these dynamics in terms of opposition between unity (civic-national proposal) and diversity (the multicultural approach). To advance this process, interculturalism seeks to promote encounters in public spaces, micro-politics, face-to-face interactions in neighbourhoods. There is no other way than social engineering!

To approach diversity in dichotomous terms (pro/cons) contravenes the current historical course. Interculturalism is a new public mindset, a new public culture in a society of multiple-identities. This path of reflection is fully connected to my view that it is not “diversity of cultures” which we need to focus on, but on how to give content to a “culture of diversity”. This means that people need to learn to live within diverse settings, as this context is new for all (for newcomers, for those living here for a long time, new generations, citizens, etc.).

What young people learn from diverse public spaces is not always positive. There is much resentment and a feeling of being treated unequally. There is even a learning process to live with small-scale everyday racism, and even with the worrying trend to trivialize racist situations, with the fear of public spaces governed by violence, cultural harassment, and self-restriction to go to certain public spaces. At this micro-level there are many social relations that simply are unseen by a macro-scope, and that are important for confirming the feeling of belonging, cohesion and solidarity.

The two former policy paradigms have not managed to articulate convincing answers for these frequent micro-conflicts, most of them driven by pre-judgments, stereotypes, and false rumours, invading the people’s public space, influencing their attitudes towards immigrants, trust and social capital.

Diversity is a context we need to learn to live with. Another dimension of the intercultural approach is that it considers diversity as a resource. It is obvious that in a polyglot society with a high cultural capital, the society has a potential human capacity that can allow us to act globally in an interconnected global economy, promoting a creative and innovative society. If we want to take diversity seriously, let’s make it work!

Interculturalism also has a transformative dimension. This will probably force us to reboot our parameters on how to live together. The xenophobic extremisms and the politics of fear are, as I see them, a final romantic reaction to resist the current historical path that will be of diversity.

Trying to seduce people with retrogressive narratives, which tend to essentialise a national identity that hardly exists outside historical imagination (what does Frenchness, Germaness, mean today?).

We need to rethink the main pillars of our societies with multiple national allegiances, with complex identities, and centre our efforts in promoting contact, these new realities can foster solidarity and cosmopolitan societies. It is the turn of interculturalism; we need to take this diversity management strategy seriously.