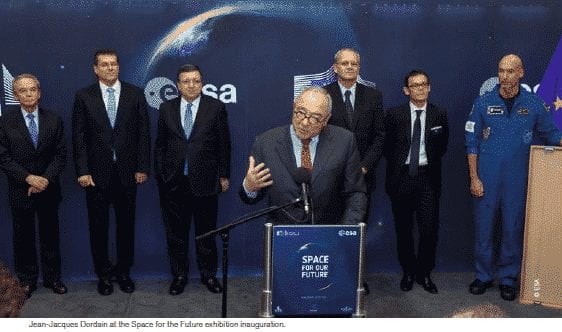 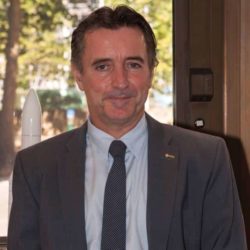 by Fernando Doblas
Head of Communications

Rosetta is Europe’s Apollo programme. The Rosetta mission was launched in 2004 with the goal of exploring a comet several kilometres wide across orbiting the sun. During the last ESA Council at Ministerial Level in Luxembourg, in December 2014, most ministers mentioned Rosetta. They shared the feeling that this mission actually changed something. It gave society hope, pride and inspiration.

For projects like Rosetta, people are impressed by the challenge but they also ask themselves what the costs are – and they are tempted to say that it is complete madness to pour so much money into space.

Rosetta’s total mission cost was about €1.4 billion. At first sight, that looks like a lot but remember that, spread over the whole duration of the programme (30 years), Rosetta costed us 10 cents each per year. In exchange, we got technology, capabilities, innovation, inspiration and scientific knowledge representing several times that value. For instance, €1 invested in a telecommunications satellite brings €20 back to the economy in services, applications and terminals.

This is the message I want to convey to taxpayers: the amount of money every European contributes on average to space research roughly equals the cost of one cinema ticket per year. Americans spend ten times as much. Even though investment here is lower, European industries are leading in telecommunications, we have half of the world’s commercial market in launch services, our scientific programme is in the first rank, Europe leads in Earth observation, and the leading three communication satellite operators in the world are European. On top of that, and in spite of our lower budget, we have the audacity to land on a comet…

Space research is not a public expense, but a true investment in the future. Every euro invested in this sector is devoted to high value-added activities. When we were developing the technologies to make Rosetta possible, the industries working with us could use their findings to improve their technology, for instance, to develop a communications satellite capable of competing in the commercial market. The technology developed by a company to make an ESA project possible can be considered as research and development that helps the company to be more competitive. It is a virtuous cycle: our projects are developed by Europe’s industries, which, in doing so, improve their technology and competitiveness.

ESA is a prime example of a successful Europe. It guarantees that the financial investments of each country will be returned to their industry in the form of high-tech contracts. Thanks to these “industrial returns”, the industries of each member country can develop technologically, learn to work together, and gain competitiveness. ESA is thus a tool for cooperation and progress. Our vision of success is to set high goals and to go through long-term efforts to achieve them. Our motto for the Ministerial Council in 2012 was “Pushing the frontiers of knowledge.” It takes us back to the Apollo programme, where the entire society benefited from the technological progress and the competitiveness it generated.

We are building a Europe of concrete projects, a Europe that brings different energies together. Space exploration allows this. At our Ministerial Council in Naples in 2012, the United Kingdom decided to raise its contributions to the ESA by 25%. Why? Because they considered that a society that invests in knowledge is a society of progress.

ESA is based on cooperation. The agency does not start a project if it is unable to convince several Member States of its value and importance. We are not trying to impose a top-down approach to achieve our goals. In Europe, we value success through cooperation and a human approach. The ultimate benchmarks for a project always have to be the social benefits.

It is only when we act together that we will be able to tell a strong and credible story. If politicians see that a project attracts a lot of public attention, they automatically understand that something important is happening. This is even truer when a project triggers emotions of hope, dream and pride. I would like to encourage politicians to think about the future and to look beyond the usual navel-gazing. Space is about our origins and our human identity and future. It concerns us all.