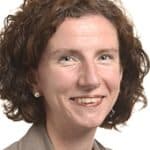 Ania Skrzypek: Thank you very much for agreeing to contribute to this week’s dossier on the Next Left. We are delighted to have you with us, especially that the Labour Party is just after a very successful conference in Liverpool, is heading in the polls and under your leadership as a Chair has a new programme. As the one responsible for its development, what would you say makes it different and credible in these hard times?

Anneliese Dodds: The huge problem facing our country is, of course, the cost-of-living crisis. The Labour has a very different approach to the current Conservative government. We believe that it’s not just about ensuring people have the support they need, especially to pay energy bills. The question is also about who pays for that support. Consequently, Labour advocated a windfall tax on oil and gas producers. Just for comparison, the Conservatives instead decided to borrow to reduce the cost of energy bills, but also to pay for unfunded tax cuts for the very best off in society.

The windfall tax is a tool to get energy bills down, but also it would be about setting out a programme for a fairer greener growth for the future. Our green prosperity plan includes a commitment to decarbonise the UK’s energy supply by 2030. And we believe that doing so will help us create new jobs and decarbonise existing jobs.

This agenda is most relevant especially in those parts of our country, which suffer because of the persisting regional inequalities. As Labour we have a commitment to forge a new deal for working people, which will help prevent the kind of development we’ve seen over the last 12 years. This period has been marked by real wages flatlining and then decreasing in the UK. That is yet another reason why we’re also setting out plans to ensure that people receive the world-class public services, which they need and deserve.

We still have more work to do on our programme, but we’ve set out those core elements already.

AS: At the Labour Party Conference there were a lot of speeches about how Labour is a pro-business party and criticising the fact that the entrepreneurial arm of the country has been heavily strained under the Tories government.

AD: That’s right. And we have established a new partnership with business in opposition. We’re working very closely with a whole variety of businesses, small, medium, and large businesses from every sector. At the same time, of course, we cooperate with our trade unions, and with civil society. Where we already are in government – like in Wales – we create partnerships through our metro mayors and local government and with our Police and Crime Commissioners. And this is the approach we will take on the national level in the future. When we come into government, as we hope we will, it will be working with business, with trade unions with civil society and bring our country forward together.

AS: At the Conference you had an intense debate about democracy and a need for a radical reform of the system as well.

AD: Our shadow Secretary of State for Communities and Local Government, Lisa Nandy always says that we have a country where too many people feel they have to get out in order to get on. And in many parts of the country political power feels 100 miles away from individuals. So, we have set out already several changes we want to make. Lisa has called for example, for far more control for people over community assets. We’re going to give them the right to actually buy these together collectively to have that control. Then, we are also working on a proposal for another reform of the so-called levelling up funding that really hasn’t been controlled regionally.

Furthermore, we also have a commission on the UK’s Future. There Gordon Brown is looking at how we can prevent today’s situations of a real lack of partnership and even a very patronising approach. During the Covid crisis, for example, some of the northern city mayors were being really humiliated by the London conservatives who weren’t providing the support necessary for communities. Many of those cities had been affected the worst in financial terms. We ask ourselves the question of how to bounce back and make sure that democracy comes right down to the level of communities.

AS: Since you are serving as Shadow Secretary of State for Women and Equalities, allow me to ask how Labour Party is making sure that its programme is seen as socially inclusive. We know of several policies, including meals for children at schools. But these are hard times, so what else is there to ensure that Labour remains the party of hard-working families and women’s rights?

AD: I often say that our new deal for working people should really be called our new deal for working women because it will have such a serious impact for women. First, it would radically change the balance on the issue of flexibility by ending one-sided flexibility and placing it in the hands of workers – particularly women. They often feel flexibilities are just in the hands of their employer instead. In power, Labour would change this by ensuring that working people have a right to flexibility in terms of working practices, and hours.

Furthermore, the introduction of fair pay agreements would likely have the strongest impact on women. They are, as we know, far more likely to be low paid than men are.

And then, we would alter systems so that maternity and pregnancy discrimination were effectively tackled. And we would introduce processes against so-called third-party harassment. So sadly, women are often subjected to sexual harassment at work by customers for example. And frequently the management believes it’s not their problem and they don’t have to do anything about it. To change it, we would put new measures in place.

As Labour, we want to see a very significant change when it comes to measures against violence against women and girls. We’ve produced a green paper on it and we are further developing specific proposals. Shockingly, in the UK, we have extremely low levels of conviction and prosecution for both domestic abuse and relatedly. The number of sexual violence cases is on the other hand disproportionally high, so that some campaigning groups have even talked about decriminalisation of certain offences taking place. Hence, we would introduce specialist courts dealing with sexual violence, which would not only certainly increase sentencing for different kinds of violence against women and girls, but also would change policing as well. The latter we know is possible thanks to some of the good practices we’ve seen with Labour Police and Crime Commissioners.

AS: If you permit me a final question, I want to ask about the Labour’s plans for the campaign. Those are very difficult times, and people are so tired and scared. So how can you succeed at the doorstep or elsewhere when it comes to winning their trust?

AD: Certainly, recent conservative governments have damaged people’s trust in the political system. We’ve seen so many different scandals around lobbying, as also cases of harassment and bullying in Parliament. And one of those scandals brought down Boris Johnson. Furthermore, also recent developments where the Conservatives introduced a new budget, have had a catastrophic impact. While people’s mortgage costs went up, it seemed that the Conservatives didn’t seem to be listening. And of course, all of that is damaging not only for them.

As Labour we know what we want to do. We want to create a fairer, greener future. We can do that working with people up and down the country. We do have a clear plan for growth and green prosperity. So, when we talk with people up and down the country, they really share in our optimism about alternatives and aspirations. And of course, you know, Labour has done this before we came into office in 1997. We did make radical improvements to our national health service, to the safety of our communities and so forth. We know that we can do this again, in government, if the electorate gives us the privilege of being able to deliver on our agenda.