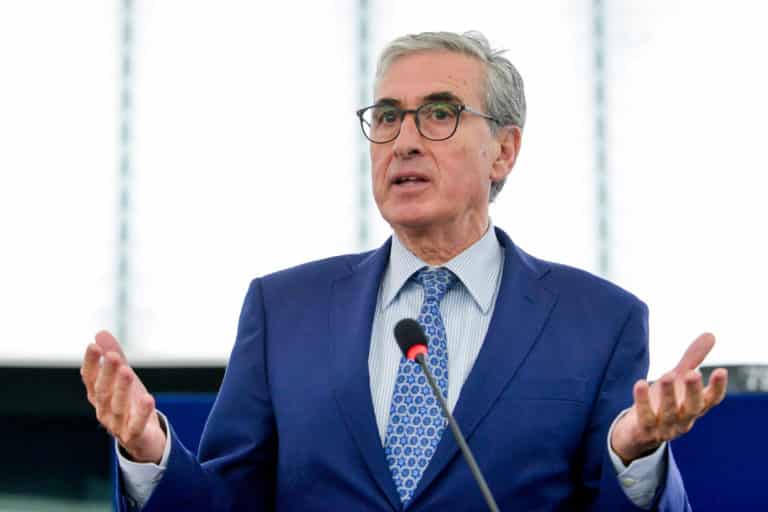 by Ramón Jáuregui Atondo
President of the Spanish Socialist delegation, Member of the European Parliament

The left can be many things. But if it does not adapt to the requirements of the twenty-first century, to globalisation, to the technological revolution and the new information society, it will not get back to power. Looking at France, Italy, Germany and the Netherlands, 2017 could be a disaster. And that is without mentioning the political quagmire in Spain and the United Kingdom.

Democratising globalisation and fighting its injustices, that is, the international dimension of our political alternative, is the first condition of that modernity. The old political space of the nation state where the left built its dream of justice and social equality and protection has vanished. They have changed the cards we were given. More so, they have changed the game altogether. Alas for them, our dreams remain. The conscience of ordinary people still beats to the rhythm of justice, social dignity, support for the poor, equality of opportunity and democracy…The key is finding our tools, our strengths, our solutions…but they need to be forged anew. Here lies the challenge facing the left.

However, the greatest weakness of the international left is its lack of a clear program to remodel capitalism and globalisation, since both are producing a division between those that have the skills to work in global markets and those that only have the strength of their manual labour. That is why a reformist left will defend global reforms in the world of finance, inclusive and equalitarian instruments at the national level, and long term public investment for a green economy.

European social democracy, if it is to face its challenge, will have to win the trust of ordinary citizens through sound economic management and wealth and job creation. In a world where productivity and competition dictate the possibility of social redistribution, the argument that we sit on the moral high ground will not do anymore. And it will not bring us back into power.

Nowadays, the European left must request an expansive taxation policy – the Juncker Plan is clearly not enough- to complement the monetary policy. We must also ask for a general increase of salaries, to encourage demand and reduce inequality and impoverishment among the working and medium classes.

The left we need to be must flee the neo-nationalist rhetoric fighting international trade and clamouring the virtues of an old protectionism. A modern left regulates free trade through international treaties guaranteeing social, workers’, and environmental standards. Is it not more leftist to control markets and regulate trade than to leave them empty of social compromises? Fighting neoliberalism cannot be done by questioning the market economy. That old anti-capitalism without alternatives is not ours. Our social democracy intervenes and regulates the market, but it recognises that the economy and growth respond to dynamics inherent to it. We are naturally disgusted at the effects of financial and casino capitalism and that is precisely why we pretend limiting it with rules that will forcefully come from international consensus. We are extremely worried at increased inequalities or the decreasing quality of life of the middle classes. But that does not lead us down the old road of pamphlet-like, flame fanning rhetoric. Precisely, the situation leads us to innovative redistributive and fiscal solutions that will influence the salary range, or create forms of taxation on wealth or inheritance.

A modern left cannot maintain public debt through sovereign debt eternally. That only weakens us in front of the markets. Nordic social democrats were the ones to establish the opposite rule. It is high time we tell our countries the truth about our public finances and offer a fiscal overhaul that will sustain our public expenditures. The new economy needs a new social contract, a new type of syndicalism, and, definitely, socially responsible corporations. We are alarmed at stagnating salaries, at working conditions of low skilled jobs, and we believe in state intervention and syndicates to remedy them, but that in no way impedes us in accepting and reorganising the role of companies. That is why we envisage building with them a new culture of sustainability and company responsibility.

Social democracy must make of education and professional qualifications the motors, at all levels, of equality. The historical lingering of inequalities come from different levels of education, product of a given economic and social condition. At the heart of an equalitarian project will be policies of positive discrimination in access to education and improving the quality of public education.

Europe is our project. The defence of this Europe going through multiple crises, though, does not require reimagining it from head to toe like a certain irresponsible left frequently claims, which, it ought to be noted, coincides all too often with the eurosceptics that want to destroy it. Quite the contrary, strengthening the Commission against the Council, accepting as necessary the conjunction of forces with the right and liberals to sustain the Union’s institutions and combat the retrograde form of nationalism sweeping Europe from the Danube to the Tajo; it is building and spreading a new European discourse and narrative; it is defending the European model of the welfare state in today’s globalisation; it is fighting tax evasion and tax havens from international organisations led by the EU. It is, of course, defending a federal Europe, with a renewal of the treaties as a result of the Brexit negotiations.

All this requires an organised European socialist party, and not as it is now, a mere grouping of national parties. Strengthening the European project demands that social democracy become the most organised and belligerent political force against neo-nationalists and demagogues that are not only threatening the Union, but democracy too.