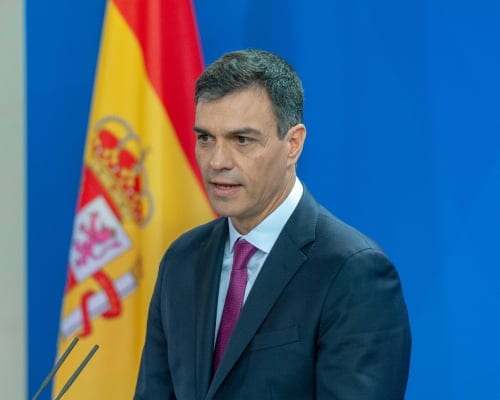 The election of Pedro Sánchez as President of the Spanish government is a good news for Europe because the new coalition government is progressive, pro-European and has given priority to the green transition, the economy, equality, social welfare and the 2030 Agenda.

The fragmentation of the European Council and the political pluralism in the European Parliament resulting from the 2019 European elections make pacts, trust and balance key to our day-to-day work in order to achieve our goals and meet our common challenges. Furthermore, the future of Europe, as well as that of the planet, will depend on how well we manage to deal with the most imminent challenges. The introduction, implementation and financing of the European Green Deal, the Brexit negotiations, the Multiannual Financial Framework (MFF), the international role of the EU, or the Conference on the Future of Europe are some of the challenges that require immediate response.

“Proposals to achieve a fairer and more egalitarian, feminist, democratic and sustainable society risk not being implemented if sufficient majorities cannot be established in the Council.”

The S&D Group has risen to the occasion in order to ensure the stability of the European institutional system, as well as to work by forging partnerships with progressive and pro-European forces in terms of political initiatives. Our Group’s political credibility and resolve in setting the agenda and structure of the new Commission, or in the ongoing negotiations on the MFF and the financing of the European Green Deal, have been acknowledged and shown great responsibility. However, all our claims and proposals to achieve a fairer and more egalitarian, feminist, democratic and sustainable society risk not being implemented if sufficient majorities cannot be established in the Council.

This is why, as president of the S&D Group, I welcome the election of Pedro Sánchez as President of the Spanish government. And this is not only because someone belonging to our political family has managed to form a government and widen the progressive forces in the Council. I also welcome it because we have a new coalition government which is progressive, pro-European, solid and whose priorities are in line with those of our Group.

“It is no secret that the strengthening of our political family in the Council, as result of the formation of the new government in Spain, will entail a new balance regarding the political majorities.”

Our Commissioners, as well as the members of the S&D Group, can rely on an ally government that, in its work programme and structure, has prioritised the green transition, the economy, equality, social welfare and the 2030 Agenda through its respective Vice Presidencies. With this, I am convinced that the Spanish government, as well as those of other countries where we have government responsibilities, will play a key role in the negotiation, approval and implementation of our political agenda. It is no secret that the strengthening of our political family in the Council, as result of the formation of the new government in Spain, will entail a new balance regarding the political majorities, which will act as a lifeline for the establishment of a more social and progressive Europe.

I believe that our network of progressive governments at all levels of the institutional machinery, now strengthened by the new Spanish government, lays the necessary basis for it to expand to other Member States with new successful projects in order to ensure a better future for generations to come.

I am convinced that our Group will continue waging its political battle in the European Parliament, both in the programmatic aspects and in the defence of our political interests. The S&D Group must remain the political backbone of the Parliament in the coming years, coordinating with the rest of the players in our political family. I have no doubt that we will continue doing so together with all our Prime Ministers, including the new one with Pedro Sánchez in Spain. Only in this way will our political positions and initiatives be strengthened and shared both inside and outside the European institutions, with pre-European and progressive forces, as well as with citizens.