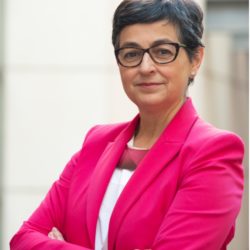 by Arancha González Laya
Dean of the Paris School of International Affairs at Science Po in Paris; former Minister of Foreign Affairs of Spain

Progressives have long had mixed feelings about globalisation. The reasons for this are understandable: progressives support the equality of opportunities and they fight excessive inequality. International trade and market openings do not necessarily lead to inequality, but they do, by definition, have uneven effects.

While trade makes countries richer overall, many people within them face painful adjustments to economic change. In advanced economies, workers displaced by competition from cheaper imports often need much longer to find alternative jobs than previously thought. In developing economies, some workers who lose their jobs when inefficient firms are forced out of business end up moving into the informal sector, instead of into more productive work. For these workers, the downside of trade might outweigh the benefits of lower-cost imports.

Trade is similar in its effects to technological change, which is essential for overall productivity growth but puts many workers out of a job while enabling others to perform better and earn more. Since the 1980s, technological trends favouring highly-skilled workers have delivered outsized gains to small numbers of people, firms and regions amplified these effects.

Addressing the negative effects of trade and technology belongs at the core of any modern progressive agenda. However, as long as broadly shared prosperity at home and around the world is part of progressives’ promise to voters, they must pay attention to productivity – and consequently, to trade.

The rules-based open global economy has helped to lift over a billion people out of extreme poverty. For developing countries from Vietnam to Ethiopia, open markets have made it possible to increase growth by importing knowhow and using global demand to pull people and resources out of subsistence activities and into more productive work. In advanced economies, closer to the technological frontier, the effects of trade are less dramatic, but it remains a crucial enabler of productivity gains that come with specialisation, scale, and competition.

If protectionism is allowed to prevail, it would close off development prospects for the world’s poorest countries, putting Sustainable Development Goals out of reach, such as the eradication of extreme poverty by 2030. It would also lower growth potential in rich countries, potentially exacerbating political tensions that have accompanied the slow recovery from the 2008-09 financial crisis. Everywhere, it would lower people’s purchasing power.

If protectionism is allowed to prevail, it would close off development prospects for the world’s poorest countries, putting Sustainable Development Goals out of reach, such as the eradication of extreme poverty by 2030.

As long as globalisation was “ticking along”, ambivalence about open trade was a luxury progressives could allow themselves. No longer. Today progressive agenda would have three points:

One, oppose trade protectionism because it does not protect jobs. Speak up for the rules-based trading system embodied in the World Trade Organization – not out of naivety, but because it is the most efficient way to manage the interconnections of our economies. Do not get rid of the system, but rather invest in reforming rules which were last updated in 1995, long before the technology revolution. A technology-related trade agenda, for instance, could better define parameters for state intervention in technological innovation. Progressives should foster “good trade”: environmentally sustainable, socially responsible and protective of consumer interests.

Two, act boldly at home to ensure that the gains and opportunities from trade and technology are widely shared. The goal must be social protection, not trade protectionism. Accessible high-quality education is a prerequisite for social mobility. Active labour market policies equip workers to thrive in a changing economy. Gender equality in the economy would bolster growth. Progressives could explore new economic rights, such as capital grants or basic incomes, to reduce inequality and provide individuals a measure of insurance against economic risks.

If today’s protectionist backlash teaches us anything, it is that if enough people feel they have no tangible stake in the preservation of the open global economy, they will vote for politicians who threaten prosperity for everyone. The task of progressives should be to give them a reason to vote for them.