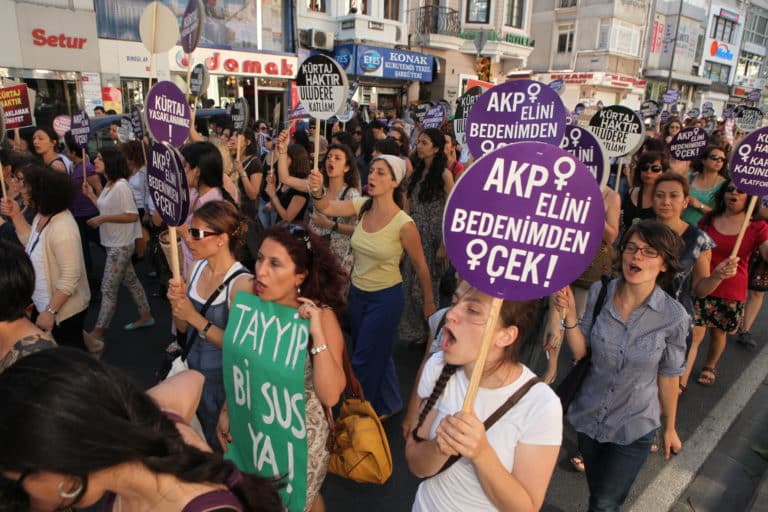 Since the 1960s, European countries have experienced a significant decline in fertility rates, which dropped to as low as an average of 1.45 in the EU15 at the turn of the century. The issue causes concerns because of its implications for labour markets, social security systems, and economic competitiveness. Various policy measures have been proposed to influence fertility behaviour, including regulation efforts at the EU level, which are best known under the label of ‘reconciliation of work and family life’. As a candidate country for EU membership, Turkey has been introduced to this policy approach thanks to the accession process whereby it started harmonising its national legislation in line with the acquis communitaire. Initial reasons for adopting the reconciliation policies in Turkey, therefore, have less to do with a fertility decline, as it has higher total fertility rates (2.12 in 2005) and a younger population (half of the population being under 30 years of age). From 2008 on, however, the Turkish government, ruled by the Justice and Development Party (JDP), openly and persistently stated its goal to increase birth rates. Since then the JDP government introduced a set of policy measures, which include not only European-supported incentives, but also restrictions on access to abortion. In this essay, I aim to briefly introduce the readers to the abortion politics in contemporary Turkey in relation with new pro-natalism.

Similar to the worldwide trends, Turkey had adopted the paradigm of family planning due to the concerns of overpopulation in the 1960s. The expansion of the healthcare system in this period, coupled with developments in the medical technologies, increased women’s access to birth control methods. The next step was the legalisation of abortion in 1983: since then abortion has been officially permitted for a period of 10 weeks after conception. Policy makers might have had developmentalist and public health concerns (especially considering the health risks of illegal practices of induced abortion); however, from another perspective, these were legal advances backing the notion of reproductive rights. The post-1980 period also witnessed the rise of women’s activism in Turkey. Women’s organisations, growing in numbers from tens to hundreds, gradually increased their pressures on policy making processes and, for instance, left their imprint on the reforms of civil and penal codes in the early 2000s. The JDP’s rule of the government from late 2002 until today, however, was to bring about new challenges for women in Turkey.

In May 2012, then Prime Minister Tayyip Erdoğan made his first anti-abortion speech. Likening abortion to a massacre (more exactly, to a recent massacre of Kurdish smugglers by the Turkish army jets near the Iraqi border), Erdoğan condemned family planning as a conspiracy to eliminate the nation. This speech took place against the backdrop of the government’s pro-natalist rhetoric that started in 2008, under the slogan of ‘minimum three children’. The JDP rule was, in the meantime, becoming a source of increasing concern for those who adopt a secular lifestyle, especially as it increased its Islamic references and used authoritarian measures after the initial years of politically-moderate appearance in power. Against the anti-abortion law plans, however, women’s organisations took to the streets and many others went online, using the social media to protest. ‘My body, my choice’ was again the slogan of the day. Protests did work: the abortion law was not amended. However, it was restricted de facto. Abortion has become practically unavailable at many of the public hospitals in Turkey. Furthermore, public family planning centres that used to provide information and services for birth control have gradually been made dysfunctional.

The reasons for restricting abortion and increasing birth rates, I think, are linked to the JDP’s broader political, economic and cultural agendas. A larger and younger population might mean more political power, and it links to Islamic nationalism. This is an aspect which can be grasped from the rhetoric of the political Islam since the previous decades. Such a population might also mean increased economic competitiveness and links to other policy developments such as the flexibilisation of the labour markets. Indeed, Erdoğan made repeated references to the economic concerns and policy responses of European countries with regard to the demographic chance, when he justified the pro-natalist agenda. Such political and economic goals can also be seen in other countries adopting pro-natalist measures, albeit in different forms.

The cultural agenda behind the new pro-natalism is somewhat peculiar to Turkey though: it aims to counter women’s position in society. In the last decade, we, women in Turkey, heard almost everyday in the public sphere a hitherto unmade statement devaluing womanhood: one day it was the mayor of the country’s capital city saying that the pregnant woman should die instead of ‘children getting killed’ (that is, abortion). Another day it was a deputy Prime Minister telling women not to laugh out loud in public. Yet another day it was the President arguing that a woman who does not become a mother is deficient and incomplete. There is just too many of these. Against this backdrop, the aim simply seems to be sending women back home, while recognising women only as members of family, docile and reproductive.

The future of Turkey, let alone of pro-natalist policies, is more uncertain than ever. However, whether it is for political-economic or cultural reasons, in Turkey or elsewhere, new pro-natalism should be approached with caution, as it may have harmful effects on historical advances concerning women’s reproductive rights and freedoms to lead different kinds of life.