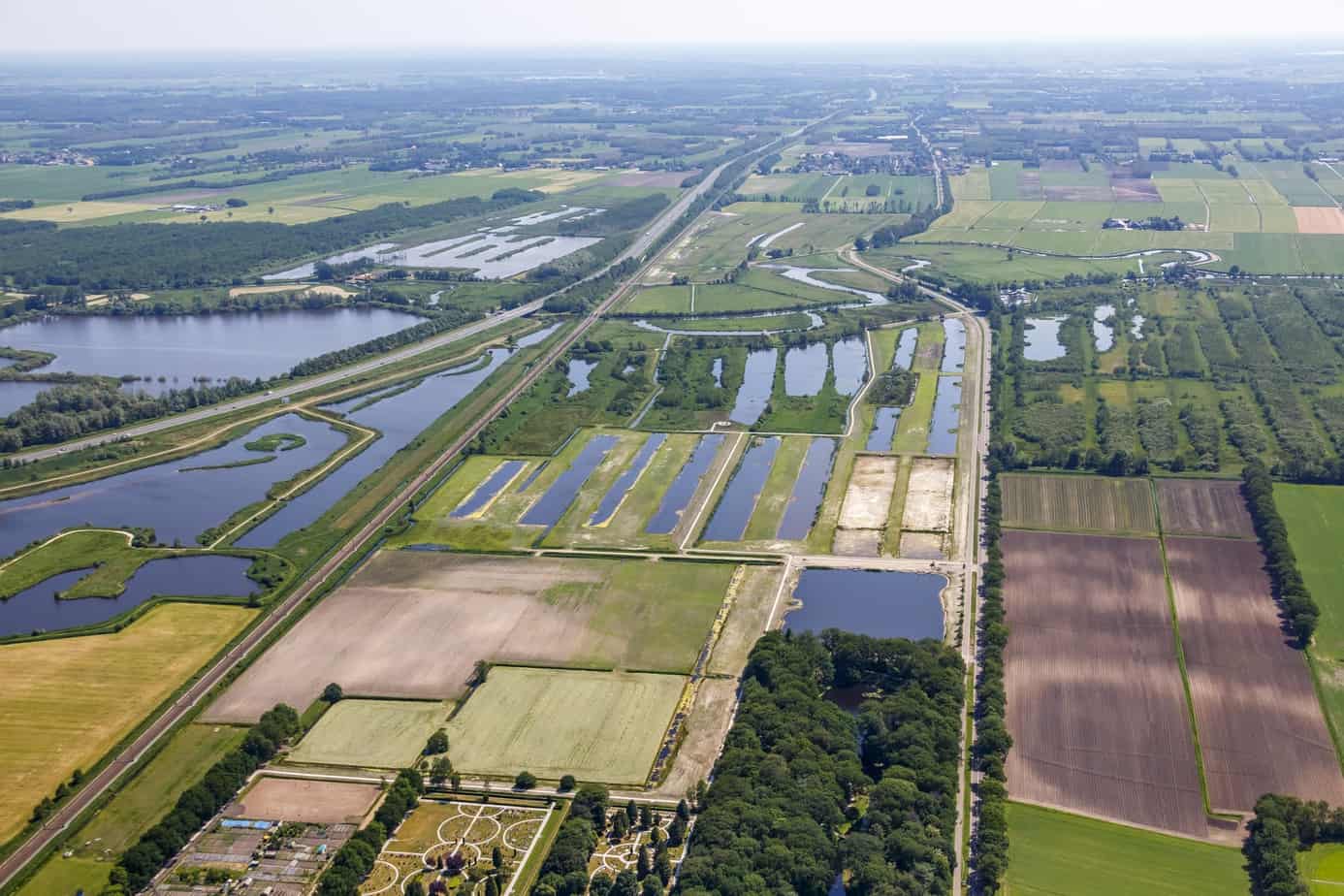 As a municipality, it is our task to provide our inhabitants with a liveable environment. This includes climate adaptation – responding to changing climate conditions. In the Netherlands, as in other countries, we are dealing with increasingly severe rainfall. We want to reduce our vulnerability to this and take measures to limit potential damage. André van de Nadort, Mayor of Weststellingwerf, on the Wolvega-Zuid project.

Despite the difficulties, we want to profit from the opportunities that the changing climate offers us. The Wolvega-Zuid project in the municipality of Weststellingwerf, is one of those opportunities. Here, climate adaptation resulted in a nature reserve that functions both as water storage as well as a recreational area.

This spring, the Dutch Ministry of Infrastructure and Water Management presented the Implementation Program of the National Adaptation Strategy (Dutch: Uitvoeren met ambitie. Uitvoeringsprogramma 2018-2019 Nationale klimaatadaptatiestrategie). The program focuses on creating awareness of the consequences of climate change and encourages action. The policy is aimed at governments, corporations, institutions, and citizens.

Weststellingwerf is a municipality of about 26,000 inhabitants in the north of the Netherlands. This rural area is located in the watery province of Friesland and is home to 24 small and two larger villages. Wolvega is the largest village. Climate adaptation in Weststellingwerf is intertwined with various fields of policy, which are distributed among the Council of Mayor and Aldermen.
Seizing opportunities

The area development in Wolvega-Zuid is a successful example of anticipating the consequences of climate change and seizing the opportunities presented. For this project, Weststellingwerf cooperated with the water authority, the province, as well as a nature organisation. As a municipality, we were looking for drainage and storage of the increased amount of rainwater. The water authority wanted to improve the water quality of the Lende, the stream that flows through the area. The nature organisation and the province wanted to redevelop the former agricultural area to allow the Lende to safely overflow during times of increased water flow.

During heavy rainfall, it can happen that low-lying neighbourhoods are flooded. To prevent this, in many villages, rainwater drainage has already been disconnected from the sewage system, and a separate rainwater drainage has been created. However, all that water has to go somewhere. In Wolvega, there are hardly any ditches and ponds available for this. So, the rainwater had to be redirected to waters outside of the village. To the south of the village, that is the Lende. Due to the area development in Wolvega-Zuid, the rainwater can now flow into the Lende.

The water storage in Wolvega-Zuid also offers sufficient capacity to store rainwater in the future. In the newly-dug ditches, the storage pond and the reed beds there is sufficient space, and the banks of the Lende have been widened. The reed filters the water of any dirt from roofs and streets that has flowed along with the water. This ensures the water quality of the Lende. At the same time, De Nieuwe Aanleg, the area’s architecturally-designed park that dates back to 1838 has been restored. We have constructed walking paths, and flower meadows provide biodiversity. Both inhabitants and tourists can now enjoy a beautiful nature reserve.

To be able to adapt to the consequences of climate change, the municipality of Weststellingwerf performs stress tests. Via computer simulations, excessive rainfall over the entire area is visualised. This reveals any vulnerable areas, but also the water flows that lead to this vulnerability. A solution is to divert these water flows directly towards green areas, ditches, and ponds. To do this, we lower curbs and construct green areas.

We also challenge inhabitants to take measures against flooding themselves.

With each new infrastructure project, climate change adaptation is a point of attention. Our new railway tunnel, for instance, has been fitted with a basement which should prevent the tunnel from flooding during heavy rainfall. In a residential area, we started a pilot project with water-permeable paving. Because of wide grooves between the paving bricks, water can drain into the specially- prepared foundation. In a project to refurbish a road, we are also adjusting the road profile. The road will not be constructed convex but concave, with the lowest point being in the middle of the road. This allows for more water storage in the streets before it flows toward land plots.

As Council of Mayor and Aldermen, we encourage sustainability because a climate-resistant Netherlands is everybody’s responsibility. We also challenge inhabitants to take measures against flooding themselves. For instance, we organised a rain barrel campaign. In exchange for a financial contribution, inhabitants could purchase a rain barrel. The campaign was supported by a brochure, in which we informed inhabitants on how to make better use of rainwater. Aside from this, we also provide tips on how to use drinking water responsibly and point out the advantages of green roofs and green gardens. But we also remain critical of ourselves. Intermediate evaluations are needed to ensure that climate change remains adaptive in the long run.