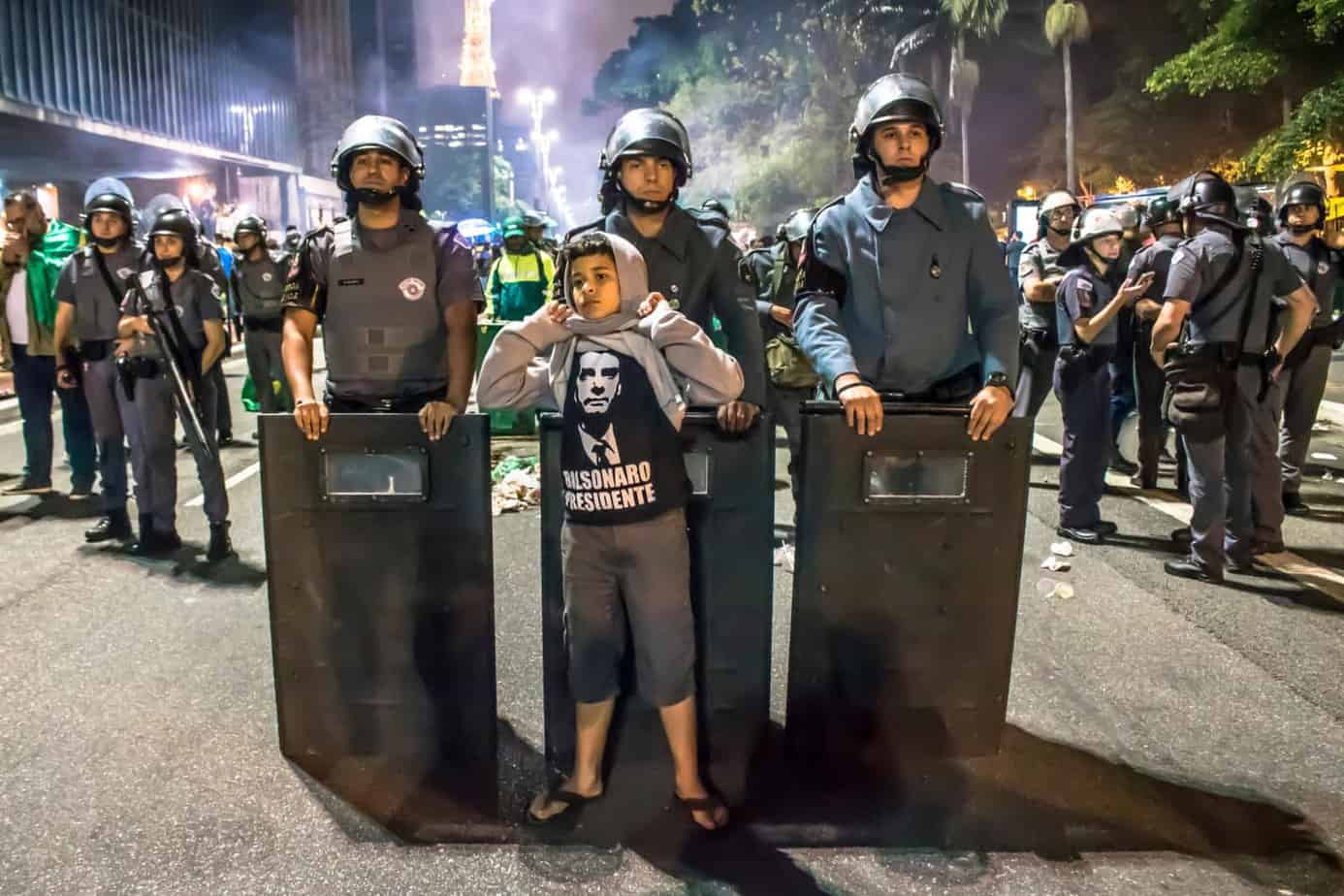 The election of Jair Bolsonaro is a product of the crisis and the perception of the population regarding corruption. However, its support base is heterogeneous and contradictory, which puts Brazil in even greater uncertainty.

Brazil is currently experiencing the most dramatic period of its three decades of democracy. The presidential election produced a result that a few months ago no one could predict and that translates to an extreme polarisation of Brazilian society. After the initial shock caused by the victory of an unprepared politician with proposals based on commonplace and prejudices, it is becoming clear that the causes for his triumph were based on the exhaustion of voters with three main aspects: corruption, economic crisis and public insecurity.

Brazil’s two biggest problems are a product of its democracy: its political system and its political class. Brazilian electoral law allows more than 30 parties to enter the Chamber of Deputies. The same electoral law fosters party instability and makes it very difficult to develop structures with a coherent ideological basis. Brazilians have a uninominal vote for federal MPs, but these votes count for the remaining members of the party list. Often, smaller parties obtain representation by presenting a figure with some regional or national notoriety to attract votes that then allow the election of other deputies.

Brazil has a presidential system with a very atomised parliament. In order to be able to govern, the executive power has to establish alliances that clash with its own ideology, , multiplying the number of ministries as a way of distributing jobs to allies. This system also encouraged corruption and the purchase of MPs and senators to unblock measures in parliament. On the other hand, ideological flexibility encouraged the creation of informal parliamentary groups. Deputies and senators from various parties who defend the interests of evangelical churches, agribusiness or security forces align their votes with more discipline than those dictated by the parties they belong to.

The support group of the president-elect can be divided into three streams: military, ultra-liberal and evangelical.

Jair Bolsonaro has shown little or no parliamentary work during the twenty-seven years he was an MP. His ideas are retrograde and his speech is marked by verbal violence and prejudices. The first days after the election have shown contradictions, inexperience and even incompetence in matters of State. However, Bolsonaro was in the right place at the right time and with the right characteristics: in a moment of great public fatigue with corruption, he had the virtue of never having been involved in corruption schemes.

The support group of the president-elect can be divided into three streams: military, ultra-liberal and evangelical. The face of the first group is the vice-president-elect, Hamilton Mourão, a general of the army. The Brazilian military will be more prominent in the new government (Bolsonaro has already announced that four of his ministers will be military). In a context of great partisan weakness, they represent the most organic and institutional group of support for the new president. However, a return to a classic military dictatorship will be difficult. The world lives in a very different context compared to the Cold War period, and public opinion has the will and communication tools that are more difficult to control. The control of the media can be made more subtly and a redistribution of the budget spent by the state on advertising can not be excluded (which is already scary).

The ultra-liberal group is headed by Paulo Guedes, future “super-minister” of the Economy. Guedes intends to pursue a policy of accelerated liberalisation of the Brazilian economy, in a model that is dangerously similar to that implemented by Carlos Menem in Argentina in the 1990s – with catastrophic consequences. His vision for public companies may conflict with the vision of the military group, more likely to maintain a strong public business sector.

Among Bolsonaro’s supportersare protagonists of street violence and attacks on social networks during the campaign.

The evangelical group is perhaps the one that won the most votes. The support of Edir Macedo, leader of the “Igreja Universal do Reino de Deus”, may have allowed Bolsonaro to overcome resistance in a part of the population that once supported Lula. Macedo is the owner of a media group that he used to get the far-right candidate’s message out in the last weeks of the campaign. In Brazil, new Christian churches have conquered many former Catholics over the last three decades and the progressive positions of Pope Francis have contributed to consolidate a more conservative thinking among evangelicals.

It is also necessary to mention the more extremist and less organised Bolsonaro supporters. Among them are protagonists of street violence and attacks on social networks during the campaign. They function as a sort of praetorian guard of the future president. Their actions are visible mainly in the armed militias that already control some neighbourhoods in Rio de Janeiro. The liberalisation of arms sales, one of Jair Bolsonaro’s main proposals, is a victory for this current. However, it could also turn out to be seen as an affront to the military group.

To begin to realise something about the future presidency, in these times of transition it is essential to be attentive to the balance of power of the president’s men. The contradictions between them will lead to confrontation and the rise of one of them. The presidency style will be defined by whoever wins this battle.