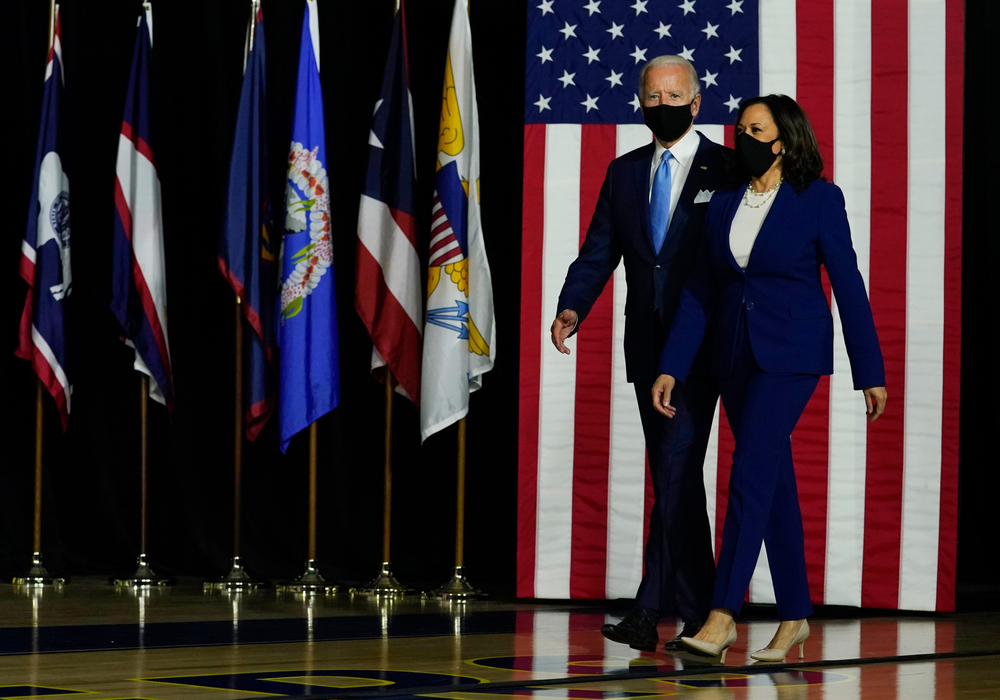 With more than 25,000 troops patrolling, downtown Washington today looks like the Green Zone in Baghdad, as Joe Biden is determined to have a normal inauguration. But the extraordinary security measures that have made the capital into an armed camp are a vivid reminder that America is far from normal.

As Biden takes office, all of the urgent questions boil down to these two: Will he be able to enact the important parts of his programme? And will the United States be able to contain and weaken a burgeoning popular fascist movement that finally got taken seriously after the attempted insurrection of 6 January?

The two questions are related. Biden can begin to reduce the support for Donald Trump’s brand of neo-fascism only if he can demonstrate to white working class voters that the Democratic programme serves their interests better than the Republican one. Yet the appeal of Trump is not just about economic issues; it’s also about racial resentments. And even as Biden tries to link the interests of the Black and white working classes with economic benefits, he will also be promoting racial justice that will be opposed by Trump’s base.

Let us begin with the first question. Can Biden successfully govern? Here there is some hope.

Thanks to the two surprising Democratic victories in the Georgia special Senate elections, the Democrats will have a bare majority in both Houses of Congress. That means, in principle at least, that they can legislate. But the Senate rules effectively require a supermajority of 60 votes (out of 100) on most legislation, thanks to the filibuster rule. The exception is the budget, which usually occurs very early in the session. So Biden will very likely be able to enact most of his proposed $1.9 trillion relief package as part of the budget.

That legislation includes many provisions that are easy to grasp and that will be popular even among Trump voters. The most vivid of these is a provision increasing the previously enacted emergency payment of $600 to every adult of moderate income to $2,000. The Republican opposition to this level of aid is widely cited as a key reason for their loss of the Georgia Senate seats.

Other popular provisions of Biden’s legislation include liberalisation of subsidies for good health insurance, at time when millions of American workers have lost their health coverage along with their jobs. The proposal also dramatically increases financing for production and distribution of Covid vaccines.

The hope is that these successes will increase Biden’s popularity, and give him the political leverage to win at least some Republican Senate support for other measures that will require 60 votes, such as his proposal to spend $3 trillion over ten years on green infrastructure investment. There are several Republican senators facing close election contests in 2022, and some may feel the need to support measures that provide practical help to their constituents.

Biden is also helped by the schism in the Republican Party. Trump supporters are planning primary election challenges against the 70 Republican members of the House who refused to join colleagues in the abortive effort to overturn the election results. Many of these House members are in swing seats, which they won in 2020 by only a few percentage points. If far-right challenges succeed in ousting these relatively moderate Republicans, those seats will be more vulnerable to Democratic wins in 2022.

These factors, taken together, increase the odds that Biden may be able to defy the usual pattern of the party of a newly elected president losing Congressional seats in the first mid-term election. Biden could benefit from two important tailwinds. The pandemic will be over by the fall of 2022, and the economy will be in recovery. He is well positioned in one other respect. The Democratic Party is famously fractious. But in 2021, it is more unified than it has been for a very long time.

During the campaign, Biden benefited from the urgent need to save American democracy from Trump. Many Democrats to Biden’s left supported him with enthusiasm, despite concerns that he was from the neoliberal Clinton-Obama wing of the party. But after Biden’s victory, progressives were pleasantly surprised by his cabinet, most of whose leading members turned out to be more progressive than expected. In part, Biden’s cabinet reflects the crisis, which will require him to be more like Roosevelt than like Clinton. In part it reflects Biden’s effort to repay and extend the progressive loyalty to him in the campaign.

Thus, the optimistic scenario: Democratic unity holds; Republicans continue to fragment; Biden governs successfully, and Democrats pick up House and Senate seats in 2022, and they even peel off some Trump voters based on the strength of the economy.

A less optimistic scenario would have Republicans divided over loyalty to Trump and the far right, but all too unified when it comes to blocking Biden’s programme. We will soon learn which obtains.

But the second question is far more vexing. It is one thing to topple an aspiring tyrant; it is another to deal with authoritarian and even fascist views that live on in perhaps one third of the electorate.

Thanks to legislation rushed through Congress after the attacks of 11 September 2001, the so-called USA Patriot Act, America’s government domestic intelligence and law enforcement agencies now have powers close to those of a police state. Liberals who detested that law when it was enacted are now grateful that it is there to be deployed against far-right private militias. The problem, however, is that it is easier to disarm and prosecute outright insurrectionists than to change attitudes. It is an outrage, but it is not a crime, for one third of Americans to view Trump as a truth-teller and a saviour.

In a recent essay for the American Prospect, I quoted a famous 1953 poem by Bertolt Brecht, who chose to live in the DDR but resented the regime’s clumsy bureaucratic conformism. After a party official warned that the party was disappointed with the people for their lack of enthusiasm for the official programme, Brecht wrote, perhaps the government should dissolve the people and elect a new one. In a doubly ironic twist on one of Germany’s most celebrated ironists, the problem in America today, as in East Germany under communism, is that you cannot fire the people. You have to win them over.

Every society has its thugs. What Trump had in common with Hitler was to valorise thuggery and validate Big Lies. For a time, the thugs governed.

In the German case, it took defeat in a war plus half a century of agonising self-reflection to tame fascism. The United States narrowly ousted Trump in an election, but faces no defeat in a war; and our self-reflection has barely begun. Indeed, the racist, slaveholding Confederacy was defeated militarily by the Union army in 1865 and was occupied for a time. But that did not defeat racism.

Even if Biden succeeds in governing, and even if he makes progress in repairing the damage to democracy, ridding the country of the hate in the hearts of too many Americans will be a longer-term project.