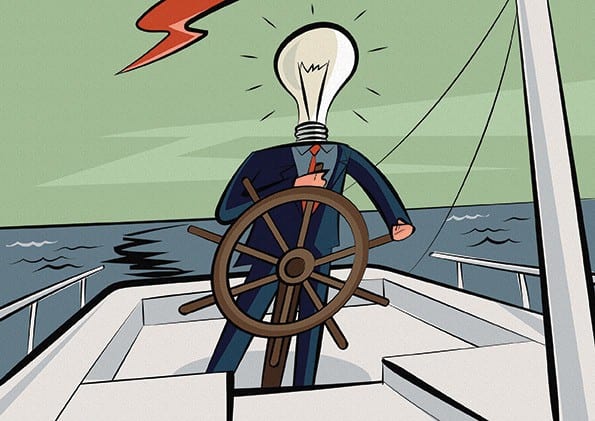 We should not expect the millennial generation to become like us – were the words of Frans Timmermans, the First Vice President of the European Commission at the opening of the FEPS 6th Call to Europe. Indeed, it is not about them conforming, but about progressives confronting the stereotypes that they comfortably cultivated about the youth of today. This is the first guideline in renewing the movement in order to reconnect it with the younger voters and ensure its political power to shape the course of things to come.

Millennials are politically aware. Against repeated prejudices, they know of political parties and they recognise leading politicians. But they are not interested in politics of today. There are three main reasons for it. First, they think that contemporary politics exposes weakness. It is feebler than the economy, which on the other had they see as more of determining their future. Secondly, they don’t trust politicians. They admit that the traditional parties, and among them progressives, show a high degree of professional competence – but they point out that they lack social skills. They do not listen to the people, and especially not to the young ones. Thirdly, they are open in saying that therefore politics does not excite or mobilise them, however the vast majority of them announce a readiness to vote – should elections take place tomorrow. What it means is that they are more likely cast their ballots in favour of those who are not the part of the existing system. The only way to win their hearts back is for the progressives to profoundly change and become yet again a trustworthy voice of the opposition, which demands primacy of politics and understands that its legitimacy comes from abiding by the principles of political representation.

Only about one in ten believe that they can make their voices heard.

Millennials have clear political priorities. These connect with their own dreams of being happy, healthy and empowered to do and say what they want. Against what has been frequently claimed, they indicate their strong support for an agenda of an active welfare state, whereby almost all of them see the provision of healthcare, job creation and education as priorities in terms of public spending. But, with exception of Germany, very few of them believe that the governments deliver on these expectations. Similarly, they tend to think that the politicians do not put citizens first and do not work to ensure the best possible future for young people. Millennials admit feeling that the interests of the older generations get priority ahead of theirs, while their views are mostly ignored. Only about one in ten believe that they can make their voices heard. The only way to reconnect and change it is for the progressives to restore themselves as a movement defending and developing the agenda for prosperity, welfare and empowerment for all, while showing the path out of inter-generational and distributional conflicts. It is essential that the plea they make on issues they stand for comes hand in hand with a strategy on how to implement it, and hence with a vision on how to make government and public institutions effective in their work again.

To that end, the only way for the progressives to redesign their campaign to effectively rally the younger generation is to show that they understand politics as a dialogue

Millennials evaluate politics alongside specific criteria. The most important factor that influences their voting is without exception what they think about a leader of a respective party. Then they also weigh up their opinions seeing the candidates in action, namely while they are giving interviews or taking part in a debate. What contradicts the cynicism in claiming that no one reads the manifestos nowadays, is the fact that the survey showed that reading of the respective party programmes is potentially 3rd most relevant incentive for their electoral deliberations, coming way ahead of the social medial campaign or the views of the parents. This finding is further proven by another outcome of the survey, which is that once asked about how the millennials themselves would start a campaign – the top scores are noted by through an article in a newspaper or through an online blog. To that end, the only way for the progressives to redesign their campaign to effectively rally the younger generation is to show that they understand politics as a dialogue; the words matter, as through them the ideas are developed and promises to be kept are articulated.

These are just 3 out of numerous inspirations that the progressives should reflect on, while examining the incredibly rich data collected through the FEPS Millennial Dialogue survey. It has engaged over 20,000 young people within the 12 EU Member States and many more across the globe. It has abided by the 3Ps principle – remaining a participatory process, being focused on positive recommendations and, in essence, trying to be committed to contribute to the renewal and strengthening of the progressive family. Although it has just seen a major event that summarised the findings collected so far, in the shape of the recent FEPS Flagship event “Call to Europe”, it is certain that the most crucial test is the one that is at hand now. It’s essentially down to a question – how far the progressives will be able to draw the conclusions, denounce the myths of a disengaged and alienated youth and pursue the ways to a new understanding of millennials, which this incredibly successful FEPS project has paved already. While comprehending that it is not about demanding the millennials to change, but instead about changing the movement to respond to the hopes that could be potentially entrusted in it – they will need to find ways to reconnect and reengage. What is at stake is their future as the political movement – and it is not a matter of tomorrow or the next vote. To the contrary, it starts now.