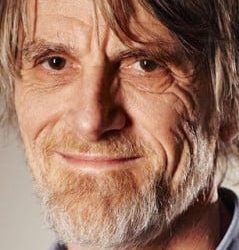 The technological revolution, a factor in the disappearance of jobs – this is an idea which is increasingly propounded, and yet Philippe Van Parijs is unconvinced. In an interview done by Alain Bloëdt, Editor-in-Chief of The Progressive Post, he explains the need for a universal income to go alongside this change.

The Progressive Post: It is often said that huge quantities of jobs will be lost – but is that really the case? Or is it rather fear-mongering?
Philip Van Parijs: Fear of immigration stirs up public opinion perhaps more than fear of technology-driven job losses. Technological change will certainly have a major effect on employment but, to keep it simple, I would say that the combination of technological change and globalisation does not lead to a reduction in the amount of work but in the polarisation of earning power. Those individuals who have capital, intellectual faculties, specific qualifications that have become lucrative as a result of technological change and/or globalisation, from footballers to software developers, will see their earning power go through the roof.

PP: And the others?
PVP: Individuals in direct competition with a mass of other people around the world, just as competent, sometimes highly qualified, but whose qualifications have lost all their market value because of technological change or because of the transfer of certain kinds of activities to another part of the world to which they have no access.

PP: What will happen to these people who are becoming vulnerable?
PVP: What will happen at the bottom of the scale of earning power will depend on the institutions that control the labour market in each country. This may mean very high unemployment if there is a minimum wage and high employee protection. In other cases, it may mean increasingly precarious jobs and an increase in the working poor, those who need to have more than one job to meet their family’s needs.

PP: How should we react to this technological, and hence economic, change?
PVP: We need to change the distribution of income. These incomes derive from the wealth produced by capital accumulation and previous innovations, and should therefore be distributed to all citizens of a society. A basic income is part of this logic.

PP: What will be the effect on the future of employment?
PVP: We need to make it as easy as possible to move between different spheres of activity: work, education and voluntary work, within the family or outside. We need more flexibility, and this should start with apprenticeships.

PP: Would that be very different to what exists already?
PVP: Basic income is totally different from social security in France as we know it, in the form of the ‘Revenu de solidarité active’ (RSA), or Hartz IV in Germany or reddito di cittadinanza in Italy…

PP: Why?
PVP: This kind of social assistance targets the poor. It grants or supplements an income to those unable to earn a living from work, which creates an unemployment trap and an increasingly polarised society. Basic income, on the other hand, is the bedrock that underlies all income in order to avoid precisely this trap.

PP: When people like Bill Gates or Mark Zuckerberg come out in support of a basic income, do you think they really believe in it or do you think they are just being opportunistic?
PVP: I think that some of them really believe in it. We need to be careful here because they are not all saying the same thing. Some of them have a simplistic view, because we should not replace the right to work with the right to have an income. But the basic income actually strengthens the right to work for those people who would otherwise be dependent on social benefits or income support.