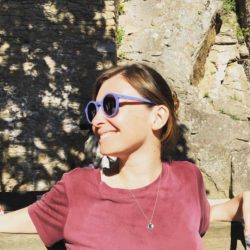 Austria is facing new elections. After the publication of a video that has become famous as ‘Ibiza video’, the coalition of the conservative ÖVP and the far-right FPÖ broke up, and the Federal Chancellor Sebastian Kurz lost a motion of no confidence in parliament. What FPÖ leader Heinz-Christian Strache planned on Ibiza was not an isolated case however – it epitomises many parts of the government Kurz-Strache.

Austria has been experiencing the biggest political crisis in the second republic in recent months. When the ‘Ibiza video ‘ was made public in May, no stone was left unturned: Vice-Chancellor Heinz Christian Strache had to resign as FPÖ leader, the coalition collapsed and a transitional government of experts took over the stewardship of the republic.

In the ‘Ibiza video’, Strache and FPÖ party boss Johann Gudenus offered over-priced state contracts in return for party donations to a fake Russian oligarch’s niece – all this took place in a villa in Ibiza. They also planned the purchase of the Kronen Zeitung, the largest Austrian daily newspaper. After the takeover, the oligarch’s niece was meant to provide positive coverage of the FPÖ and the Conservatives.

The scandal was huge, but to an experienced observer of the policy of the ÖVP-FPÖ government of the last year and a half it was clear that Strache described in large part the structural functioning of the Kurz-Strache coalition: take money from rich donors and win the elections with an expensive election campaign. Then thank the big donors with tax gifts and take over the media with the help of allies. That’s pretty much what Chancellor Kurz and Vice-Chancellor Strache have implemented in reality over the last year and a half.

Both parties have received generous donations from Austria’s richest. In Austria that’s unusual, as the public party financing is meant to ensure that parties are not dependent on the money of major donors.

But both Kurz and Strache broke with these traditions. Some names from the Ibiza video actually appear as major donors of the ÖVP. The People’s Party has received over 2 million for the election campaign and tried to conceal much of it. Only research of the media forced Sebastian Kurz to disclose the cash flows to his party – and ever since, new ambiguities about the party finances of the ÖVP continue to appear.

Gifts for the big donors

Strache has also made clear that rich donors are expecting something in return: tax gifts for corporations for example. And the ÖVP-FPÖ coalition responded willingly to this request. They introduced the 12-hour day, cut social security contributions of employers by half a billion, abolished the real estate transfer tax for real estate investors and introduced a € 1.5 billion corporate tax cut – benefiting only large corporations.

Money for politics, politics for money

Even Strache’s idea for a rich investor to buy shares of the “Kronen Zeitung” became reality, albeit in a slightly different scenario: Rene Benko is a real estate mogul and confidant of ÖVP boss Kurz. The millionaire took 25 percent of the Kronen Zeitung and also shares of the Kurier, another major daily newspaper in the country. The editors changed, the Kurier even got a new editor-in-chief: The liberal Helmut Brandtstätter was replaced by Martina Salomon who is close to the ÖVP.

Benko continues to shop in the Austrian media landscape. recently he bought shares in the magazine Profile and he plans to buy more shares in the Kronen-Zeitung

In general, Austrian media are well disposed to the ÖVP, and when one of them report critically about the party, it receives political pressure. The former Kurier editor-in-chief Brandstätter wrote a whole book about this system. This bloated PR apparatus of the ÖVP and the FPÖ is larger than the combined editorial force of Austrian media that cover domestic politics. It was not even possible to cover all ÖVP scandals.

Kurz spent 13 million euros on his election campaign in 2017 – twice as much as allowed by law. Recently leaked documents from the internal accounting of the ÖVP show that this was also planned for the 2019 election campaign. Instead of the allowed 7 million euros, the ÖVP wanted to spend at least 9 million. Fully aware of what they were about to do.

In order to put a stop to this money-for-policy system, the SPÖ submitted a ban on major party – and has won a majority in parliament. From now on, individuals may donate not more than 7,500 euros. In total, one party can only receive 750,000 euros in donations per year. A severe blow to the election campaign machinery of the ÖVP, as 98 percent of their donations come from billionaires and corporations.

600 Euro haircuts, private jets and tens of thousands of Euros for the buddies

In the leaked documents, however, there were not only hints for the deliberate exceedance of the campaign costs by the ÖVP – the documents also showed the reality behind the staging. Suddenly hairdressing bills of over 600 euros for Chancellor Kurz appeared. Kurz flew around with private jets and paid his friends high consultant fees. His closest associate cashed in 32,000 euros a month – for comparison: Kurz, as chancellor, earned “only” 22,000. Overall, the party has debts of 18.2 million euros and also owes large sums internally to its own sub- and local organisations. These figures also revealed who in the ÖVP is actually in charge: The Business Federation and the rich local organisations. That did not really fit into the Kurz’ image of the strong decision-maker who modernised the People’s Party.

Kurz however didn’t only lie on the expenses of his election campaign and left a party on the verge of bankruptcy. In the election campaign, he seems ashamed of his own government policy. In television debates, for example, he denies tax credits for corporations and the erosion of rights for workers. How stupid only that his assertions do not withstand a short fact check. Also, that a staff member of the young ex-chancellor had five hard disks from the Chancellery shredded under false names, did not necessarily increase confidence in the Austrian population.

The end of Ibiza

Shaken by scandals and confronted with new laws, the Kurz-party has lost a lot of support in opinion polls over the last months. Surveys in May saw the party still at 40%, meanwhile however, this value dropped to 34 percent. However, the ÖVP is still in first place. The time between the outbreak of the political crisis and the election was too short to bring about a decisive political turnaround. The conservative media in Austria also did their best to keep the business-friendly ÖVP clean in public perception – too large is the economic dependence of the media on owners and advertisers. But all the polls point to something that was not expected a few weeks ago: Austria’s right-wing camp will emerge weakened from this election and could even lose its majority. In that case, the Social Democrat leader Pamela Rendi-Wagner could become the first elected female Chancellor of Austria and lead a coalition of Social Democrats, Greens and Liberals.