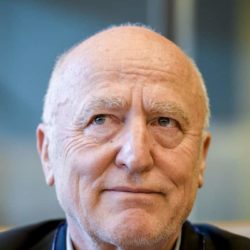 Maybe 2016 wasn’t that bad after all. For the first time an avalanche of right-wing demagogues that was about to roll over Europe, could be stopped. For now. The result of Austria’s presidential campaign, the victory of the presidential candidate Alexander van der Bellen was not only a huge relief but also crucial for Austria and Europe. It marked a day where Austrian citizens voted against the shift towards an authoritarian state, it was a vote against right-wing populism and demagogues. One of the main motives for this was fear. Fear of those who stoke and fuel fear. Hence, a coalition throughout society brought together people across the political spectrum, as well as social or regional differences, with one goal: to safeguard common values such as tolerance and freedom and thereby prevent the institutionalisation of nationalistic ideologies. The driving force was the belief in Europe and European integration, the respect for the Rule of Law and human rights and a strong refusal of border fences and political isolation.

The rise of demagogues

Right-wing populists have held Austria hostage for 30 years, beginning with the rise of Jörg Haider. The political establishment has never managed to find proper answers to these developments. It has instead fallen for provocations, bashing the government. In fact, Austria has made remarkable progress these past three decades: we are one of the economically most successful, socially most stable and safest members of the European Union. Therefore, it is even more surprising to observe how politics has disconnected from the people and become a world of shallow political theatre and symbolism with the media being its stooge, echoing right-wing ideologies. These twisted realities hit a scared population. Like in many other industrialized countries, fear has become a social phenomenon: Austrians too are scared of losing their jobs, their savings, their social status, etc. And fear easily generates hate. In a state like this, people are prone to listen to demagogues who not only fuel the feeling of insecurity but also foster hatred and intolerance. One year of election campaign has poisoned the political climate even more.

So, we did win this time, but feeling triumphant is more than inadequate. It is high time to seek conversation again, to talk to the people, if we want to prevent them from falling for simplified solutions and into a paranoid parallel world. It doesn’t mean that we have to talk like them. Nevertheless, we should talk to them; this means confronting and question them. And yes, it also means to listen to their answers, to listen to what they have to say, even if we won’t like it. But it is worth it. We have to bear in mind that not all of the voters are actually right wing, many of them feel neglected and left alone, the people long for attention, respect and justice. Being able to confront each other, to discuss our controversies, is a sign of strength and courage. Political movements are successful if they provide solutions that can be explained and understood. Austria’s Prime Minister Christian Kern and his “New Deal”-approach is a good start to give social democracy its profile back. We have to tackle issues again that were once the core of our policies but now seem to have been forgotten, such as the question of distributive justice.

The main success of this election though was the amount of volunteers that were mobilised. Without the help and support of civil society, Austria would have another President now. This is proof that people are not suffering from political fatigue. Thousands of volunteers throughout the country have proven that they want to play an active role and to participate. They have just been dissatisfied with the way politics has been organised so far. Let us draw our lessons from this election, let’s reflect on our modus operandi and show courage to bring about change. We have to discuss how we want our future to be, and therefore we need a widespread platform that includes everyone. That’s the only way we can overcome social rifts and promote mutual understanding.