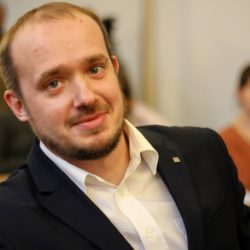 President Alexander Lukashenko has lost legitimacy. He is no longer in control of the situation in the country. But the structures of repression are still on his side. They are likely to continue to support him, as the Kremlin successfully discourages the West from intervening more actively in Belarus. Who could help change the situation? And what is the role for Europe and the wider international community?

When Nicolae Ceaușescu gave his last public speech in 1989, the crowd suddenly turned unrestful. A televised fright of the Romanian dictator confronting the outburst of the angry audience, which he had expected to be loyal, soon became an iconic omen for the demise of authoritarian regimes. At that instant, a ferocious strongman appeared to be a lone and fragile weakling.

Thirty years later, Lukashenko met his own “Ceausescu moment”. Embattled by persistently expanding protests in the streets, he visited a Minsk tractor factory in a desperate attempt to boast his ‘people’s support’. Instead, he received a defiant outcry from ordinary workers – ukhodi (go away!).

Such a stark and directly delivered verdict was in particular debilitating for Lukashenko who had so far tended to rely on his ability to maintain a heavy state industry and its employees in the volatile post-communist era. In fact, workers’ resistance to a dictator represents a major revolutionary potential in similar cases. Although the contribution by Sviatlana Tsikhanouskaya has been essential, the political opposition alone will not be able to change the game.

Under modern dictatorships, opposition parties very rarely initiate and implement change – mainly because they are fragmented, poorly organised and lack the trust of the broader society. Therefore, the current situation in Belarus where there is no clear leader organising everything, but regime change is still potentially possible, is not an unusual one. Instead, national movements and workers’ movements are two forces that might carry out a revolutionary act, in Belarus, as they have done elsewhere.

If the national idea played a key role in the Baltic States and Ukraine, the foremost revolutionary actor in Belarus are the workers of state-owned factories and their strikes. Arguably, the closest example in the geographic neighbourhood would be Poland where the leading force of revolutionary change was the Solidarność trade union, founded by Gdańsk shipyard workers.

Unlike Vladimir Putin and many other contemporary strongmen, Lukashenko chose to rule alone – without a party, without oligarchs, without a “constructive opposition” and other possible allies. Therefore, he currently finds himself in a very unenviable situation. Although he regularly talks about negotiations and changing the constitution, his apparent paranoia vis-à-vis all other political actors makes him an unreliable partner.

There is thus only one way to stay in power for the Belarusian dictator in the foreseeable future: to threaten with repressions and casually apply them. It is not the most effective way to quell the societal resistance, not to speak about regaining the popular support, but it may work as long as it is greenlighted by the Kremlin – the major financial donor of the ailing regime.

However, there are increasingly strong hints from Moscow indicating that their patience is wearing thin. Last week, during a visit to Minsk, the Russian Foreign Minister Sergey Lavrov reiterated the Kremlin’s wish to see the promised constitutional reform implemented, which would reduce the presidential powers. In reaction, Lukashenko repeated his pledge to these changes, and promised not to run for the office again.

It would be too naïve to count these statements of both actors as their sincere intentions. But that is the precise reason why the European Union, and the wider international community, needs to step up its pressure to democratise the country. For too long, Western powers have tended to underestimate the Belarusians desire for political and civic freedoms for the sake of economic prosperity or geopolitical imagination. This cannot be allowed to happen again.

On the one hand, the EU has been somewhat effective in imposing the economic sanctions against the regime and its key officials. This policy instrument needs to be maintained and further expanded. Furthermore, one cannot underestimate the so-called ‘soft power’ of the European institutions to inspire people in the post-Soviet countries with a desire for a free and equal society. Not only the tumult in Belarus, but also recent political developments in Ukraine, Armenia, and Moldova tend to highlight the attractivity of the European democratic order.

On the other hand, the EU and its partners need to do much more than just punishing the regime with the sanctions, or declaring symbolic solidarity with the Belarusian people. Given the importance of the workers’ movement and other civic groups to withstand the efforts of the regime to intimidate and suppress the popular resistance, it is of vital importance for EU and its Member States to search for both official and unofficial ways to provide a financial and security shelter for resisting groups, including former members of the repressive apparatus who already defected from the regime. To put it simply: we must make sure that the pro-democracy forces in Belarus do not exhaust themselves.

Some EU Member States, foremost Belarus’ direct neighbours, have been somewhat quicker than others to replace its former policy of appeasing the Belarusian dictator with a more forceful approach supporting the essential democratic goals of the Belarusian people. Threatened by the regime, Tsikhanouskaya with her closest advisors moved to Vilnius, the capital of Lithuania, while some other prominent activists and exiles have settled in Warsaw.

Simultaneously, Lithuania attempts to draw the attention of its partners to the dubious safety standards of the Astravyets nuclear power plant Belarus has built only 45 kilometres from Vilnius. Astravyets has only just started to work and already encounters functioning problems.

A tough resolution, adopted by the European Parliament on 26 November, with 613 votes in favour, that condemns Lukashenko’s regime’s human rights violations and calls for a wide spectrum of policies to tackle the situation, shows that the EU finally converges towards the stance of its Member States that are neighbours of Belarus.

Prominent international agencies, such as Freedom House or the Bertelsmann Stiftung, that annually report on the democratic progress in the world, have been warning about the gradual erosion of political and civic freedoms as well as of the rule of law in various countries for a long time. Against this background, the rise of the Belarusian people is a powerful antidote to debilitating scepticism about the viability of democratic ideas in Europe and beyond. It is thus our moral duty to respond positively to this call. This would allow us to support an emerging Belarusian civil society and to thwart an imminent democratic backsliding elsewhere at the same time.