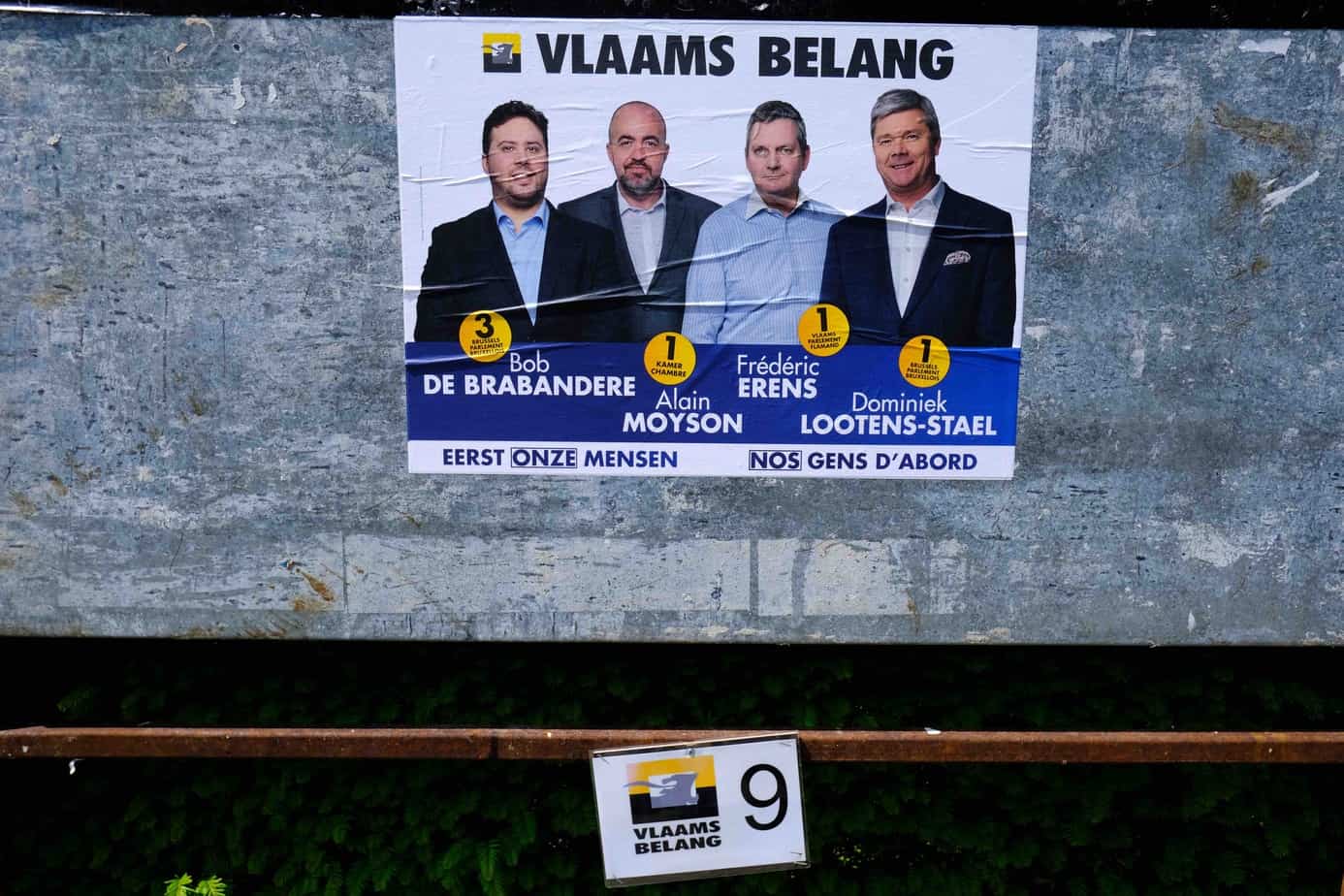 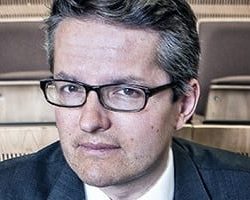 How to explain the return of Vlaams Belang (VB) to the forefront when for several years a Flemish nationalist political party, the Nieuw-Vlaamse Alliantie (NVA), has dominated the political arena in the north of Belgium? Why didn’t the far-right break through also in Wallonia and Brussels? Do the Socialist Party and the PTB (Workers’ Party of Belgium) contribute to this resistance? Here are some of the questions answered byJérôme Jamin, one of the best Belgium expert on populist, fascist and far right parties.

Progressive Post: How do you explain the return of Vlaams Belang (VB) to the forefront when for several years a Flemish nationalist political party, the Nieuw-Vlaamse Alliantie (NVA), has dominated the political arena in the north of Belgium?

Jérôme Jamin : Firstly, it should be pointed out that behind VB and the NVA, there is first and foremost the long and painful history of the Flemish emancipation movement from French-speaking people. It is an old story that dates back to the creation of the Belgian state. The latter was dominated by the French-speaking elite almost until the end of the 20th century. The history of Belgium is the history of this struggle, and of the important institutional reforms that have seen the birth of its regions and communities.

PP: But it is not only this nationalist struggle for emancipation that characterises Vlaams Belang?

JJ: In fact, Vlaams Blok (the former name of Vlaams Belang) was founded by former collaborators who during the 1930s saw in “Hitler’s” Europe an opportunity to emancipate themselves from the French-speaking world and create an independent Flemish nation, under German influence. The sulphurous speech of VB with a strong racist and xenophobic, even anti-Semitic, tone and the profile of its founders ended up provoking a reaction of rejection by the Flemish political class with the famous “cordon sanitaire” involving the exclusion of VB from power.

JJ: The strength of the NVA lies in its ability to bring the nationalist discourse to the right of the political spectrum without racism, xenophobia or anti-Semitism. Born in the early 2000s, the NVA, by targeting the conservative right-wing population, succeeded in attracting both those who are nationalists but who reject the racism of VB, and those who supported VB but who felt they were voting in vain because of the “cordon sanitaire”.

PP: And today, 20 years later, what do you think of this positioning?

JJ: The NVA has been very involved in power, making it a part of the “system” while VB was excluded and has remained “anti-system”. By negotiating and compromising, the NVA has lost its ability to defend the Flemish nationalist movement. It may even have seemed too generous with the Francophones. For example, it has accepted a French-speaking Prime Minister (Editor’s note: Charles Michel). At the same time, over all these years, VB has strongly modified its discourse in order to avoid accusations of racism and xenophobia. It has also changed its agenda. If we factor in the terrorist attacks in Europe and the United States, the “migration crisis”, Europe, etc., VB has once again become a source of hope in 2019 or a source for expressing resentment.

PP:To which other European party can we compare Vlaams Belang and the NVA?

JJ: The NVA belongs to the big conservative family. It is like the Popular Party in Spain, the Tories in the United Kingdom, the Republicans in the United States and France. Vlaams Belang belongs to the far-right family, like the League in Italy, the Rassemblement National (RN) in France or the FPÖ in Austria, parties that have certainly evolved but which in my opinion remain far-right parties. In this regard, VB, the RN and the League have in common that they have included in their agenda a policy of protecting people that can be described as “social chauvinism”. This means that they now present themselves as the protectors of employment, social security and pensions, but only for “real citizens” of the country and not for legal and illegal migrants. This change explains why they want to prevent future migration, to ensure that the “common pot” only benefits nationals. In other words, they do more social work than before but exclusively for the “real people”.

PP: How do you explain that NVA leader Bart de Wever mentioned the possibility, on the eve of the elections, to put an end to the ‘cordon sanitaire’ that has until now excluded Vlaams Belang from any alliance?

JJ: While the cordon sanitaire made a lot of sense in the early 1990s, the situation has changed on four levels in 30 years.

Firstly, the far-right parties have profoundly changed their discourse, in particular to escape anti-racist legislation. This is the case with VB like many other parties, although I maintain that the fundamental nature of the party has not changed.

Secondly, many traditional parties have recaptured far-right ideas by associating migration and crime, migration and terrorism, Islam and Islamism, etc.

I am thinking of the NVA through the figure of Theo Francken, of the Destexhe List in Wallonia and Brussels, and also of the Republicans in France through the figure of Laurent Wauquiez. This makes it even more difficult to establish a clear dividing line between the two types of parties. There is a “grey zone” that affects part of the traditional right-wing that seeks to be harder, and part of the far right-wing that seeks to be more democratic and more respectable.

Finally, fourthly, this is a major trend on the international scene. Many parties considered to be far-right in Belgium (Vlaams Belang, the Parti Populaire in Wallonia, etc.) may find themselves ideologically very close to parties that are not considered far-right in their respective countries. I think particularly of the American Republican Party, especially since Trump’s arrival. But also, of Fidesz in Hungary which has slowly slipped from nationalism and Christian conservatism to the far right, without ever acknowledging it.

PP: Much has been said about the emergence of a climate generation. Looking at the number of young people who supported Vlaams Belang on social networks, can we also talk about an identity generation?

JJ: It is clear that the far right has recaptured ecological themes such as the climate, but also “short circuits”, i.e. you have to buy local because it is good for the environment and good for the nation, the region and identity, the local economy in the face of globalisation, foreign competition, foreign workers, etc. The short circuit is a way to protect “us” from “them”.

PP: How do you explain the fact that in Wallonia and Brussels, the far right didn’t break through?

JJ: It’s a difficult question. I think the link between the Flemish emancipation movement from the Francophones and the far right is only possible in the North because of Belgium’s special history. The Francophones have never felt dominated by the Flemish.

Does the influence of the Socialist Party, which is extremely active in Wallonia and Brussels, and to which the PTB (Workers’ Party of Belgium) can be added, also contribute to this resistance to the far right? If so, how?

JJ: Yes, undoubtedly! The French-speaking PS has succeeded in establishing the idea that beyond the MR (Mouvement Réformateur, a liberal centre-right party), it is the far right! Yet there is a vast gap left empty between the MR and the far right for what is called in other countries the “conservative right”. This strategy makes it unattainable for anyone who positions themselves beyond the centre-right, which in my opinion explains the failure of the Destexhe List. The PTB goes much further in rejecting everything that is not left-wing. In short, it must be acknowledged that these two parties have managed to contain the political offer of the far left in the centre, by demonising everything else. This is not a bad thing in relation to the fight against the far right, but I think it is not healthy to have a political spectrum that does not have a traditional conservative right as in all other European countries.

PP: The rise of the far left has been one of the lessons of these elections, especially in southern Belgium and Brussels. Several parties such as the MR or the CDH accuse the PTB of being an undemocratic party. Is this description correct or is it a political position?

JJ: We must separate the ideology and the way the party operates. At the ideological level, even if in the past the PTB has been ambiguous in its relationship to authoritarian or totalitarian Marxist-inspired regimes (North Korea, Stalinist Russia, Cuba, etc.), it must be acknowledged that today the discourse has changed. There are still people who are nostalgic for the communist regimes, but I think the majority of activists no longer attach much importance to this aspect of the PTB’s history.

At the level of the party’s functioning, the stakes are different. The PTB is often accused of demagoguery because it uses the parliaments and councils as media platforms to attack their opponents and not to work for compromise. Many MPs condemn this attitude and consider that the PTB is unable to work collaboratively and calmly in these circles. Moreover, at the level of internal functioning, frequent resignations suggest there is an authoritarian management of the party that is unrelated to the democratic life the PTB claims to defend externally.