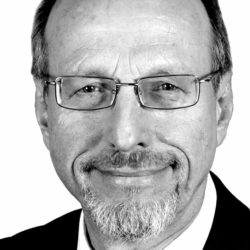 Roland Schäfer was elected Mayor most recently in 2014 in Bergkamen. He won the election in the first round against three candidates, with nearly 70% of the vote.After the City Council elections, nearly 60% of members are social democrats. As will come clear from the interview below, many of the policies he has put in place are a real success story for the Socialists and Social Democrats and a source of inspiration for other cities run by progressive parties and mayors.

How do you explain why many big cities in Europe are run by progressive mayors?About half of the 140 biggest cities in the EU (i.e. with over 250,000 inhabitants) are run by mayors belonging to social democrat, progressive or socialist parties. In Germany, for big cities with over 100,000 inhabitants, 45 out of 76 are run by social democrat mayors. There are always specific regional reasons for this success but one underlying reason is historical. When industrialisation began, industries sprung up in or near big cities and they grew rapidly as workers streamed in to work in the factories. Social Democrat and socialist parties were the ones who tackled major problems they faced such as poverty, insufficient housing and non-existent public services. Workers realised that Left wing parties would really look after their needs and voted for them.

Are those the only reasons?
Our main political aim is the cohesion of society in cities and solidarity. People are aware of that and vote for us. New demands from society, including those relating to climate change, renewable energy and digitalisation are questions socialists and democrats across Europe are taking seriously. We’re responding to the interests of the majority and not just privileged groups of society.

What do you see as the future trend in terms of whether the Left or the Right will run cities in the future?
I see a movement towards populistic parties that we need to address. Whilst many cities have social democrat mayors, there may not be a majority of social democrats in city councils. The populist parties can cause serious problems. And a glaring example is the city of Rome, where the Mayor is from the eurosceptic populist party Cinque Stelle [Five Stars]. There are similar concerns in Germany with the rise of the right wing populist party Alternative für Deutschland [Alternative for Germany]. Their core technique is to pretend to have t easy solutions but there are never easy solutions for complex problems.

Can you give an example of how populists operate?
They bundle problems together, such as insufficient housing, unemployment, refugees, crime and public security, and pretend that they have easy solutions such as to chuck all the foreigners out of the country and to not let anyone in. There is also an anti-Semitic tendency in some right wing populists.

What could progressives do to tackle the populists?
In cities, we can help the police by creating open spaces with plenty of light and fewer dark spaces, organizing communal patrols looking for garbage and giving people the feeling that the cities care about their security and cleanliness. Populists talk a lot about crimes perpetrated by refugees but the percentage of refugees and of locals committing crime is about the same in my city. I would also urge cities to organise direct contact between refugees and citizens.

How did you manage the wave of refugee in 2015/2016 in your city of Bergkamen?
There was fear among people in Bergkamen. But I had over 170 volunteers who called city hall to offer to translate for the refugees, to accompany them and to distribute clothes, especially for children. A hundred of those volunteers are still active today. They set up their own association. Churches provided big rooms where meals were distributed. A refugee café was set up where refugees were given German lessons and information on practical everyday things like how to use the buses or bicycles in the city. Most of this was done with volunteers with some financial support from the city. The city also cooperates with five Sunni mosques.

How did you integrate these people?
We have an ‘Integration Committee’ made up of members of the City Council and members directly elected by the foreign population of Bergkamen. The deputy chair is always a foreigner. In Bergkamen’s case the foreigners are mainly Turks. The members of the committee can present opinions on everyday topics to do with the city. So we’re giving foreigners a voice in how the city is run. At the end of Ramadan, when Muslims break their fast, we’ll organise an open air public event with music. And there are organisations of foreigners invited to schools for their end of term festivities along with parents and children. So people can eat not just German Bratwurst but also Turkish and Arabic food. At the school that my children attend, about half of the class is of Turkish origin. Parents bring along their national food and music. This is a great way to help with integration between Turks and native Germans.

What is your advice for other cities across the EU in terms of integration policies?
Be present in public and on social media. Be as close as you can to the people and listen to them. Find ways to allow them to talk with you. Every week, I have a two hour open door session in my office for people so that they can come and tell me about their problems. I go to a public marketplace from time to time to hear what people have to say. I also get a lot of feedback from people via a city Facebook page or my personal Facebook page or Twitter feed. My advice to city mayors: Don’t be afraid to say openly and transparently if things cannot be changed. For example, people may complain that a private building is ugly but I can’t do anything about that unless it poses a public danger.

What was the secret of the success of social democrats in Bergkamen?
It is partly to do with the social structure of the city. Its origins were in coalmining (this has ended now) and there is a big chemical plant owned by Bayer with some 2,000 workers. So there is a tradition of social democrat citizens that has lasted until today. We’re building on that. For example, in the face of the big financial problems that swept across Europe, we didn’t close everything, such as public libraries and public baths, but kept them open for people and made them free or charged a small entry fee. We coped with the financial problems in other ways. And people have accepted that we’re trying to make the city nice and inhabitable. Another thing we have done is to make previously privatised services public by creating municipal enterprises to do this work. So the city has teamed up with two neighbouring cities to organise electricity, gas and fresh water services and we now offer a cheaper and better service to the public than the private companies.

And what should national social democrat parties do to push ahead with their progressive, left wing agendas?
The EU won’t exist without strong cities as a basis. Around 70% of EU legislation has to be implemented at communal level. We have to build the EU from the bottom up. The communal level can tell people about the benefits of the EU.