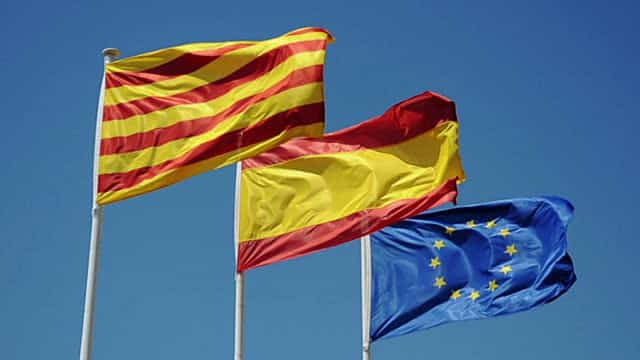 Citizens of the United Kingdom will be asked to decide whether or not the UK should remain a member of the European Union. Voters called upon to choose between these options will need to sort their way through everything from sweeping, emotionally charged pro-sovereignty and anti-immigration arguments to finer reasoning linked to specific national economic and financial interests.

The seeds of a new wave of anti-European nationalism sown by right-wing Eurosceptics in the United Kingdom and other EU countries are finding fertile ground in the resentment stoked by a lingering financial crisis and the failure of European institutions to take the decisions needed to end it.

Fearful of losing votes to UKIP in the recent general elections, Conservative Party leader David Cameron pledged to hold a public referendum on EU membership. He is now prisoner to this campaign rhetoric.

I believe, as does the Labour party, that the referendum initiative is a mistake. However, I also understand that in view of the ongoing development of the European monetary union—a process in which the United Kingdom, like other member states outside the euro zone, is not involved—the British government must look out for its present and future interests. In my opinion, the UK would be better positioned to do so as a member of the EU than as an outsider and there is no real need for a referendum.

The prime minister has nonetheless made a clear commitment. The referendum is to take place before 2017, following a (perhaps excessively) long period of negotiation with the European Commission and the European Council.

Some of the proposals aired to date would require modification of existing treaties, a difficult task given the fact that any amendment of these documents would be contingent upon the unanimous agreement of all member states. However, treaty modification is currently on the European agenda.

Others of a more technical nature concern the status of the City and trade relations in light of plans to enhance coordination between euro zone countries on matters related to economic, tax and finance policy, a move these countries deem necessary to successfully deal with future global economic crises.

Unless all the parties involved manage to set their emotions aside and calmly weigh the pros and cons of each and every decision to be made, initial referendum debates will most likely focus on heated issues such as sovereignty and immigration and all others will be relegated to the back burner.

The defence of national sovereignty, especially if couched in grandiose and sentimental terms, is bound to be a weighty issue. In any case, the present situation in which the influence of economic and financial players extends beyond national borders has rendered traditional conceptions of sovereignty obsolete. Now is the time to speak in terms of shared sovereignty and work to ensure that all these aspects of sovereignty are transparent and governed by democratic mechanisms.

Immigration and the mobility of European citizens are two more areas of concern that will undoubtedly be central campaign topics. It is easy to play upon working class fears that the arrival of newcomers in search of jobs and livelihoods presents a potential threat to their rights. The unwillingness to guarantee equal rights for all EU citizens and implement intelligent, humane policies on immigration from outside the EU can only be assuaged through awareness-raising, clear rules and strong mechanisms for preventing fraud and abuse. Immigration is an area that must be subject to oversight, much the same as the labour market, financial transactions and tax compliance.

Cameron knows that he must win this referendum. To do so, he must present positive results that will boost the “yes” vote. During the course of these negotiations, all of us, first and foremost the British, will be vulnerable to the temptation to use fear and emotion to gain the upper hand on more domestic issues.

As a clear majority “yes” vote on this issue is of the utmost importance to us all. We must work together to convince the British people that EU membership is their best option—without exposing the European project to any form of political blackmail, which would be unacceptable.