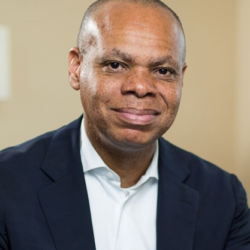 The coronavirus pandemic has warped all sense of time as we have lurched from Delta to Omicron, and from closings to grand openings, only to swing back again. In the best of times, Americans have an endearing political amnesia that allows us to move past crisis with both a creative verve for future innovations, but also an alarming tendency to unlearn vital lessons. The haze of pandemic exhaustion and a political attention deficit have clouded much of President Biden’s first year in office, obscuring truly historic accomplishments. The ability to break through that miasma will determine the success of critical, outstanding pieces of his agenda and the viability of the Democratic Party’s majority.

Cast your mind back to 1 January 2021. The US was in the throes of the deadliest coronavirus wave. The vaccine rollout was in its infancy and the economy was teetering. The result of the Georgia Senate elections was still in flux. Days later, violent insurrectionists incited by President Donald Trump attacked the halls of Congress. Images of the desecrated chambers and of elected leaders fleeing for their lives are etched in minds around the world. On 20 January, Joe Biden was sworn in as President in a penned-off Capitol that looked like a war zone.

If you would have said then that President Biden would go on to pass the largest stimulus package and the largest infrastructure package in history before the year’s end – most pundits would have fallen off their chairs.

Soaring campaign promises have a way of crashing when confronted with the gravity of governance. As a former West Wing senior staffer, I know well that one never really controls the agenda of the day from the White House and that you are instead always chasing the tail of a comet. This is why I’m astonished by the extraordinary legislative pace maintained by the President.

He entered office with a campaign to fix the unemployment crisis, combat climate change, accelerate the vaccine rollout, and reset America’s role on the international stage. He’s delivered on much of this, while setting the table for the rest. He not only signed into law the American Rescue Plan and the Infrastructure Investment and Jobs Act, but he also set the most ambitious climate targets in our history. He has overseen the US unemployment rate return close to pre-pandemic levels, ensured vaccines and booster shots are available to anyone eligible in the US while donating more than 360 million vaccine doses around the world. The President’s careful coalition-building has also erected guardrails around Putin’s Ukraine ambitions. This has been a marked departure from the go-it-alone recklessness of his predecessor.

There are three numbers to keep in mind when considering this President’s extraordinary first year – 200 million; 6 million; 50 per cent. President Biden has led the charge for over 200 million Americans to be fully vaccinated; there are 6 million new jobs in the Biden economy; and childhood poverty has been cut by an astonishing 50 per cent. These achievements should open the argument for Democrats as they push for re-election.

And here’s where the comet crashes into us. The slog through the pandemic, the messiness of the departure from Afghanistan, the record levels of inflation, the inability to get the President’s Build Back Better plan passed, and the foreboding cloud of polarisation driven by misinformation have all conspired to pull down the President’s approval ratings to the second-lowest at this point in a presidential term.

Democrats must find a path to pass some version of the climate package and social safety net bill. And not just because of the election, but rather because of the existential nature of the challenges.

But continued success in improving lives requires holding together stark differences of intraparty opinion. There’s no doubt that there is a healthy debate along ideological divides in progressive circles. The US, of course, is not the only nation experiencing such challenges. Across Europe, from Germany to Portugal, nations are trying to hold members of different progressive traditions together, with varying degrees of success. But it’s important not to get caught up in shades of progressivism and lose focus on tangible benefits. Inaction in the search for purity is not an option. This is true of climate and economic priorities, and also of the need to protect voting rights.

Former President Trump’s false claim that the 2020 election was stolen is a profound threat that has hung over this past year. Three-quarters of Republicans, and 26 per cent of independents, believe that Trump was the legitimate winner. This has become a litmus test for Republicans as they have passed regressive laws in 19 states to severely restrict ballot access. If this toxin is given more time to gestate, we run a real risk of an irreparably undermined democracy. Protecting and promoting the rights of the most vulnerable voters in this nation is a significant business unattended to in the President’s first year. It will be a dominant determinant in 2022 and beyond.