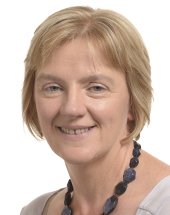 The EU Green Deal is the next big step in decarbonising our economies. But it must not be conceived or perceived as a top-down plan by Brussels. We need buy-in at national level and to work to build it.

When the European Commission launches the ‘Fit for 55’ package on 14 July, it will be a significant moment, not just for the EU itself, but for the preparation of the upcoming COP26 conference in fall, in Glasgow: if the EU can deliver on its Green Deal promise to cut emissions by 55 per cent by 2030 and present a credible plan to get there, other developed economies will have a model to follow and fewer excuses for failing to step up and make similar pledges and plans.

But 14 July is only the start of the story. The Commission’s proposals have to be agreed by EU Ministers and MEPs in a to-and-fro legislative procedure that can take up to two years – plenty of time for fossil fuel lobbies to attempt to water them down. But equally important as the fights in Brussels will be the battle for heart and minds in countries. If the EU Green Deal is seen as a top-down plan from Brussels, or fails to address social divides, it could stall. That is why we need to make the case for change at national level and develop solid political and public support for domestic plans for deep decarbonisation.

If we look back to the origin of the EU Green Deal, it is worth remembering that it was born not as a ‘top-down’ initiative but out of the wave of climate activism, the ‘Greta effect’, ahead of the last European elections in May 2019. These had a major impact on the make-up and policies of the European Union at the start of the new five-year mandate of the European Commission. Newly elected MEPs used their veto power over the new European Commission (candidate Commissioners are subject to confirmatory hearings by MEPs) to push for more climate ambition in the EU’s plans. The result was a promise by the new European Commission President Ursula Von der Leyen to deliver an EU ‘Green Deal’, a comprehensive plan to set Europe on the path to carbon neutrality by 2050. And when we look at opinion polls since those EP elections, we see ongoing, solid support for climate action: recent polls in Germany put climate as the number one issue for the September federal election campaign. Meanwhile, citizens have been challenging their governments in court over failure to deliver on climate ambition with recent wins in cases in Germany, the Netherlands and France, among others. People voted for climate action and now they expect the EU, MEPs, and their own governments to deliver.

Will the Green Deal live up to public expectations? That is what we will find out over the coming months. There are some grounds for optimism. The Covid-19 crisis did not derail the Green Deal plans as many of us feared last year. Instead, agreement was reached to include a requirement to spend at least 37 per cent of the EU’s recovery fund on climate action. Also, and against early expectations, agreement was reached to reopen the EU’s 2030 emissions reduction target, up from 40 to, at least, minus 55 per cent. And a new EU-wide climate law will enshrine that new target in law and create an expert committee to scrutinise compliance. But we know that the real battles are yet to come: on the reform of the Emissions Trading Scheme (ETS), on national emission reduction targets, car emissions targets, a carbon border tax and increased renewable energy – all controversial, and all the subject of intense lobbying.

Can the Green Deal deliver emission reductions in a socially just way? It can. But it will require careful policy design and particular attention to ensuring that policies do not exacerbate the social injustices created by previous crises which have been laid bare by the Covid-19 pandemic. One area of concern at present is the idea of extending the EU carbon market (the Emission Trading Scheme – ETS) to the heating and transport sectors. Whereas the current ETS price applies to businesses, extending it to heating and transport could put a more direct cost on households which could disproportionately impact lower income householders. There is now discussion about an EU compensation fund for any additional costs. A good move yes, but a Brussels-based financial scheme may struggle to find its way into people’s pockets. At a time when public confidence in the EU is already fragile, particularly in Central and Eastern Europe, where opponents of climate action are strongest, the EU must tread warily. Get it wrong and this could damage the wider EU project.

Is securing the Brussels Green deal enough? No. A good package of EU climate laws is vital, and progressives can support their ministers and MEPs, who are the ones who will vote on the EU laws, by building public support for ambitious EU laws in countries. It would indeed be a refreshing change to see a vibrant national debate – in parliaments, town halls and regional assemblies – explaining why action at EU level is needed. But the Brussels-level work is only part of the story. Real change needs policy commitments and a transformation of the national political landscape, not just to implement what is agreed at EU level, but to underpin it with strong, domestic measures: financial reform to push money into the right investments, the right planning laws to scale up renewable deployment, reskilling of workers, building renovation programmes, support for cities and towns on green mobility. A national ‘Green Deal plan’ for every country.

The Green Deal is a real opportunity for the EU to get back on track after the Covid-19 crisis, to demonstrate to EU citizens that the 27 countries can act together to tackle the next big threat to our societies, and to show the rest of the world the EU has a plan for tackling climate change which is economically and technically feasible but also socially just and underpinned by broad public support. Its success, however, depends on action, not just in Brussels, but on transformative policies in each country. We need to bring the Green Deal home.

The opinions expressed in this article are those of the author. They do not necessarily reflect the opinions or views of the European Climate Foundation.

Towards COP26: beyond declarations, smart actions with real impact are needed, by Saïd El Khadraoui

COP26 needs to be about the redistribution of material wealth!, by Luc Bas