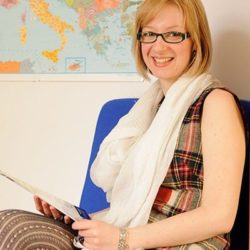 The debate over Britain’s relationship with the EU is not new. Britain has been historically the ‘awkward partner’. British Euroscepticism has many political, identity and economic sources. Britain is an island nation geographically separated from the continent. Its historical ties to the Commonwealth and its special relationship with the US have long created a feeling of kinship with English-speaking peoples; and also imply strong trade links with these nations. Unlike other European states, Britain did not experience a break with its parliamentary tradition during the war years; in fact Britain emerged as the winner from WWII. The parliamentary sovereignty principle of the UK constitution makes the Parliament the ultimate legal authority in the UK and as such ceding authority to EU supranational institutions goes against this very principle.

Keeping Europe at arms length has meant that British elites have supported economic cooperation but have resisted furthering political integration with their continental partners. Elite Euroscepticism is also mirrored in public opinion. Figure 1 indicates that Britons have historically been much less supportive of their country’s membership of the EU. The widest gap was reported in April 1980 – about a year after Margaret Thatcher became PM – when 32% less Britons thought that their country’s membership was a good thing compared to the community-wide average.

But how important is the issue of Europe in the hearts and minds of Britons? Figure 2 shows that the political significance of Europe has fluctuated over time. It reached a peak in the 1990s when on average about 17 per cent of Britons thought that Europe was the most important issue facing the country. In the 2000s, it was on average lower, yet it increased in 2003 when the Treaty of accession between the EU and ten countries was signed, in 2004 around the enlargement period and in 2005 when France and the Netherlands rejected ratification of the EU constitution. Since then, Europe’s importance has been low. Interestingly, Europe is slowly gaining importance from the end of the 2010s onwards, which has coincided with Cameron becoming Prime Minister and UKIP’s rising success in the polls.

In light of the upcoming referendum of Britain’s relationship with the EU scheduled to take place in 2017, it is critical to evaluate this dynamic relationship from a public opinion perspective. Trend polling indicates that the percentage of Britons who want to stay in the EU is rising, especially from 2011 onwards; but there is about 10% of the population who still do not know what they would vote if a referendum was held on British EU membership (figure 3). This suggests that undecided voters may well influence the referendum’s outcome.

In fact, figure 4 shows that there is a great degree of variation in support for further integration in specific policy areas. The British public is Eurosceptic when it comes to social policies, such as labour market, employment, and health; but in other areas, such as digital protection, environment and climate change, sustainable development, trade, and to a lesser extent energy, British citizens want to see more EU integration. About a third of the electorate prefers the current levels of EU powers. This should inform European leaders’ approach to the UK renegotiation. Going beyond the ‘in-or-out’ question, leaders should articulate a much more nuanced discourse focusing on the merits and drawbacks of European integration in specific areas.