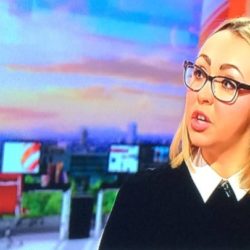 by Kathryn Simpson
Assistant Professor in Politics and Public Policy.

For the first time in the history of the European Union (EU) a member state has voted to leave the Union. The UK has often been coined ‘an awkward partner’ – a catch-all term to encompass the UK’s troubled relationship with the European integration process and the recent vote to leave the EU reiterates the UK’s ambivalence towards its place in the wider European family. While a full analysis of electoral data from the EU referendum on 23rd June ensues, what is immediately evident is that the UK electorate is inherently fragmented, evidenced by the voting on a range of issues that went beyond the question of membership of the EU.

The referendum was undoubtedly about membership of the EU. Despite this, voters appear to be asking a different question to the one on the ballot paper: what type of country do you want the UK to be? The binary nature of the referendum promised the UK electorate two options: one – a promise that the UK would lead a modern world of opportunity based on interdependence (i.e. Remain) or two – a route to an independent land that would respect tradition and heritage (i.e. Leave).

Cosmopolitan, city dwellers are generally more comfortable with globalisation and diversity. While provincial, country dwellers are more traditional in their outlook. The electoral maps demonstrate that the Leave vote was a victory for the countryside over the cities – for the most part metropolitan centres voted to Remain while the further one travels from city centres, the more emphatically the UK electorate voted to Leave.

In addition to the urban/rural divide is the generational divide. Young people largely supported Remain as they tend to embrace modernity and diversity while older people largely supported Leave because they are generally more comfortable with what is familiar and less at ease with change. Moreover, there is the anti-London sentiment or anti-Westminster Model sentiment – the widespread view among the UK electorate that London has been the driving force behind a globalising agenda that pays little regard to the way of life of non-metropolitan Britain. London’s overwhelming vote to Remain (59.9%) is evidence for some of how ‘out of touch’ the capital has become.

Making Sense of the Vote to Leave

It’s abundantly evident that the vote to Leave the EU is multifaceted and complicated. So how do we make sense of it? Theoretically, during any election or referendum campaign it is expected that campaigns will follow the major concerns of voters. It is also expected that campaigns will focus on those issues which are considered the strongest for each representative side. However, post-EU referendum data from the British Election Study (BES) highlights a deeper sense of alienation for Leave voters on issues such as immigration and the economy. This can be grouped in relation to two broad themes which feed into the urban/rural divide, the generational divide and the anti-Westminster Model; namely nostalgia and social capital. Less than 15% of those who ‘strongly disagreed’ that things in Britain were better in the past voted to Leave while almost 80% of those who ‘strongly agreed’ that things in Britain were better in the past voted to Leave. This data also shows a strong trend between social capital and Leave voting – with individuals with the lowest levels of social capital almost twice as likely to have voted Leave as those with the highest level.

Since the EU referendum the domestic political implications for the UK have been unprecedented. Three political parties; the Conservatives, Labour and the UK Independence Party (UKIP) have held leadership elections. While the Conservatives replaced David Cameron with Prime Minister (PM) Theresa May, Labour re-elected Jeremy Corbyn and UKIP elected Paul Nuttall, a long-time deputy to Nigel Farage. While Labour’s Corbyn was the only leader to survive the political turmoil of 2016, big questions continue to emerge about his party’s ability to survive as a competitive opposition party. Overall, the debate between Eurosceptics and EU supporters is ongoing within, as well as between, British political parties with a broad spectrum of views concerning the EU in both the Conservative and Labour Party respectively.

Yet, volatility and change are not only exclusive to the political parties. With Scotland and Northern Ireland voting to Remain in the EU there are powerful pressures on the fabric of the UK – the UK is currently a not so United Kingdom. Brexit will challenge the existing arrangements for the devolution of political power to Scotland, Wales and Northern Ireland. As a consequence the UK is facing a challenge on two fronts; first as it negotiates its exit from the EU and secondly as it faces an intergovernmental challenge within the constituent parts of the Union. The UK Government’s Brexit White Paper includes a chapter on ‘Strengthening the Union’ highlighting the significant implications of leaving the EU for the UK’s current devolved system of government.

There was no clear program for Brexit. Indeed, the Leave side was divided along a spectrum ranging from those wanting to significantly reduce migration and those who regard the UK’s future as being less internationalist. After a court battle, the UK’s Supreme Court ruled in January that Parliament must be consulted before Article 50 of the Lisbon Treaty is invoked. A two-line Brexit Bill has made its way through Parliament and is now being debated in the House of Lords. PM May intends to trigger the Article 50 process by the end of March 2017, meaning the UK will be expected to have left the EU by the summer of 2019, depending on the precise timetable agreed during the negotiations. During the period of negotiations the UK Government will also enact a Great Repeal Bill, which will end the primacy of EU law in the UK.

While we do now know more about the UK Governments plans, many key issues remain unaddressed and unresolved. We also know that once Article 50 has been triggered the balance of power will be with the EU27. As for how the member states of the EU will allow the UK to drive the exit negotiations, this again is still to be determined. In her key speech on Brexit, PM May categorically stated that the UK would leave the single market because staying in it would mean “not leaving the EU at all”. This would imply that the UK is planning a ‘Hard Brexit’. Yet for the UK this ‘Hard Brexit’ is also something unique; it does not want ‘partial’ or ‘associated’ membership of the EU and nor does it seek to adopt a model already enjoyed by other countries. The substantive details of a post-Brexit UK are yet to be determined, publically at least, and only with Article 50 notification will clarity emerge. All in all, we will be aiming to make sense of Brexit for some time to come.