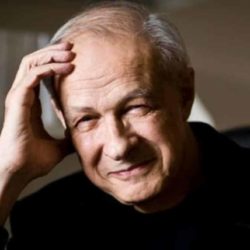 To revive democracy in Europe we must produce a European budget that provides added value to all citizens. An EU budget under the control of the European Parliament will result in long-term investments backed up by a revised budget.

A long-term vision is crucial if we are to take a new step towards European integration. This is essential if we are to promote sustainable development that combines investment in public infrastructure with investment in the environment and human resources that may exceed existing levels in each individual state. Europe is ideally positioned to undertake such investments and can ensure that the investments produce European added value. This investment will in essence follow European public policies. This has a cumulative effect on the individual member states as the level of investment exceeds what could be produced by each country when the principle of subsidiarity is applied.

European added value is an economic benefit that enables us to create public awareness of European ownership in nation states around Europe.

We must therefore makes investments that are linked to political objectives which produce global gains and not just local ones. Collective or public benefit is a common good. The reduction of external factors will result in a synergy that promotes the public benefit. Examples include an integrated climate policy, transnational networks (interconnectivity of energy, digital networks and transport) and international cooperation in the formation of territorial cohesion policies. European added value is an economic benefit that enables us to create public awareness of European ownership in nation states around Europe.

The democratic acceptability of onerous choices at different periods of time at a European level can only be enhanced by an ethical principle of social justice. However, a pro-European political orientation is not guaranteed to continue as we move towards a number of elections around Europe.

That is why a complete European budget under the control of a European Parliament that is removed from national and partisan games would be a decisive step towards the concept of European added value.

To further enhance the budget, the connection between our own resources, democratic legitimacy and the concept of European added value must be enshrined at a political level.

The budget often guarantees risky investments and that is why it is necessary to increase the size of the budget if Europe is to retain the present level of autonomy that it currently enjoys. As a result, we need to expand our own resources to promote public policies that are aimed at encouraging long-term investment in infrastructure. Own resources can be funded through tax revenue to ensure that Europe has the support necessary to implement common policies.

To further enhance the budget, the connection between our own resources, democratic legitimacy and the concept of European added value must be enshrined at a political level. This connection would provide the European Parliament with fiscal power that is supported by the democratic decisions of the respective national parliaments on how to share the total tax revenue within Europe. Any overlap between national and European public power in the pursuit of a common advantage is the foundation of “double democracy”.