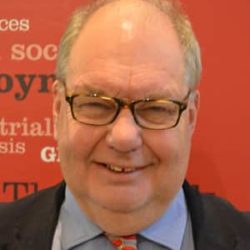 by Roger Liddle
Chairperson of Policy Network,Labour member of the House of Lord and Pro-Chancellor of the University of Lancaster.

For half a century I have campaigned for a united Europe with Britain playing a full role. The Trade and Cooperation Agreement (TCA) that was approved by the British Parliament on 30 December heralded, for me, a very bad and very very painful day.

The TCA finalises Britain’s divorce from the most successful peace project in history, undermining the UK’s future economic potential, the country’s national security and our influence as a force for good in the world.

For a Social Democrat, it signals a retreat from a social market economy governed by rules, standards and rights of which there is no equal in the world. It represents a victory for a poisonous nationalistic populism over liberal, rules-based internationalism.

The deal is designed to accommodate a British Government of ideological leavers who in the negotiations prioritised reclaiming a theoretical sovereignty over the practical benefits of deep co-operation.

It is the only trade deal in history which is about erecting barriers where there were none before.

For British business it is thin in substance: tariff and quota free trade in goods, but only if those goods comply with complex ‘rules of origin’; very little on services (where, by comparison with goods, the UK has a large trade surplus with the EU); nothing of substance on financial services or data transferability, which will be left to the EU Commission’s autonomous decisions on equivalence. The loss of potential growth, investment and jobs will be a heavy blow for a British economy already more weakened by Covid than our Continental competitors.

For decades, anti Europeans complained of the bureaucratic burdens the EU imposes on Britain: now Britain faces a huge new bureaucracy and cost in trading with the Single Market.

As for national security, Britain has lost access to critical EU databases and the European Arrest Warrant, all because of a dogmatic refusal to accept any role for the European Court of Justice (ECJ).

Yet Prime Minister Johnson has no visible plan to demonstrate how this theoretical sovereignty his agreement restores, will deliver the promised new opportunities of Brexit.

Once, the right-wing concept of Brexit was to complete the Thatcher-revolution. But what is it now?

There is little evidence of popular support for the one-time Brexiteer nirvana of deregulation and low taxes, especially in the post Covid-19 world. Conservatives will find themselves trapped between the political preferences of its new working-class supporters in the north and midlands for state intervention and industrial subsidy on one flank, and the treaty provisions on a level playing field and tariff retaliation on the other.

The same constraints apply to new trade deals with the rest of the world: they will either amount to very little, or if they lower standards and attack employee rights, they will encounter fierce political opposition at home as well as the threat of EU retaliation.

It will take time for the emptiness of the Global Britain agenda to become apparent. But once it does, it will create a new opportunity to make a pro-European case.

Bad as this deal is, the alternative would have been far worse: not just a chaotic no deal but a lasting rupture with the European Union with a rogue Britain on its doorstep. I am as emotional in my European commitment as anyone, but in serious politics we must base decisions on objective realities. That is why I believe this bill had to be supported.

The big question for Labour now is: what next? The European question in British politics has not been settled. 2020 simply marks the bitter end of one long historical phase. However, for anyone in the Labour Party to think that we can now forget about Europe and ‘move on’ is to live in their own little world of illusion.

Labour should no longer keep repeating the referendum arguments for remain; we must accept we lost that argument (and it is very hard for me, but I believe necessary, to put that sentiment in print).

Good people, who voted for Brexit – and there are many – will not be won back by irreconciled Remainers telling them they were fools.

However, we cannot abolish our geography. No way does this deal resolve the ever-present complexities of Britain’s economic, security and political ties to the continent. But it does contain within it the institutional structures on which a new and closer relationship can and should be built over time.

It is notably heavy in governance structures, with a Joint Partnership Council presiding over several dozen specialised committees charged with implementation with wide powers to change the substance of the TCA in the light of experience. There is five-year review clause, perfectly timed for an incoming Labour government to make a whole range of improvements.

I would like to see my children and grandchildren lead Britain back into the European Union. But for that to work, EU member states have got to want us back and to be assured that this time Britain would stay. Nor would the EU want us to re-join on the old ‘half in, half out’ basis (unless, perhaps, the EU were to evolve into an inner and outer tier, which I have never been persuaded is likely).

Pro-Europeans should now concentrate on exposing the flaws in the TCA and in doing that, gradually rebuild, crucially across the political divide, the case for deeper European cooperation and pooled sovereignty.

As for the Brexiteers, they should heed Prime Minister Robert Walpole’s (in office 1721-1742) famous warning at the start of the War of the Austrian Succession in 1740: “they are ringing their bells now, but soon they will be wringing their hands”.

Until a few months ago, the policy and academic debate in the EU revolved around the Recovery and Resilience Facility (RRF), praised across the board as proof of European solidarity and a concrete manifestation of the EU commitment to address the pandemic crisis. The RRF indeed marked a leap forward towards a stronger redistributive role […]