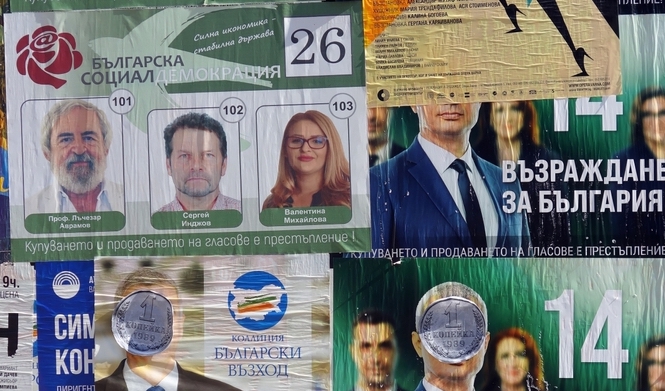 by Georgi Pirinski
former Member of the European Parliament and former Minister of Foreign Affairs, Bulgaria

On 2 October 2022 Bulgarians were called to vote in snap elections for the fourth time in just eighteen months. The outgoing four-party government, formed as a result of the last elections of 14 November 2021, was led by the party ‘We continue the change’ of Prime minister Kiril Petkov, and party co-chair and finance minister Asen Vasilev. It included three more parties – ‘There is such a people’ of showman Slavi Trifonov, the centre-right ‘Democratic Bulgaria’, as well as the Bulgarian socialist party.

This coalition cabinet was invested with high hopes for providing a new beginning for the country by means of a clean break from the past of widespread corruption and abuse of power. These hopes were additionally enhanced because the preceding two elections of 4 April and 11 July 2021 had produced two short-lived legislatures that had failed to put together governing majorities and had to fold after only weeks of functioning marred by bitter clashes and legislative gridlock.

However, these much-heightened expectations for a turn to durable and responsible governance were once again dashed by mid-2022. After only seven months in office, the four-party cabinet lost a non-confidence vote on 22 June introduced by the former ruling party, the centre-right ‘Citizens for European Development of Bulgaria’ (GERB) who accused the government of jeopardising the fiscal and economic stability of the country. Even before that, at the beginning of June, one of the coalition partners, the anti-system and populist ‘There is such a people’ (ITN) had broken with the coalition, accusing the leadership of the liberal ‘We continue the change’ (PP) of caving in to external pressure to lift Bulgaria’s veto on negotiations for the Republic of North Macedonia’s EU accession, and thus betraying existential national identity priorities.

Another caretaker cabinet followed, appointed on 2 August by President Rumen Radev after three failed attempts to assemble a new governing coalition in the still functioning Parliament. This was the third such cabinet in the course of 2022, meaning that in 2022, cabinets appointed by the President (each with a two-month mandate in office) have governed the country longer than the one elected by Parliament!

24 parties and six coalitions took part in the elections on 2 October. Yet, the turnout fell to a record low of only 39.4 per cent, they once again produced a deadlocked Parliament, seemingly incapable of assembling a working governing coalition:

Thus, in brief – GERB, the party considered the perpetrator of the hated corrupt governance model, came out as the winner with 67 mandates, but without partners to achieve the needed majority of 121 votes in the 240-seat Parliament. PP are second, but have refused any collaboration with GERB as a matter of principle, and accuse GERB of having brought down the government without sound grounds. The Movement for Rights and Freedoms (DPS) – mostly a representation of Bulgaria’s Turkish minority – is third, having managed to broaden their support. They are, however, isolated because of past informal collaborations with GERB. ‘Vazrazhdane’ (‘Revival’), a hard nationalist and pro-Russian party achieved a two-fold increase in votes with a strident message questioning Bulgaria’s membership in NATO and EU. BSP – the Bulgarian socialist party, – only made it to the fifth place, after a new stunning drop in support. The liberal democratic ‘Democratic Bulgaria’ (DB) gained 4 seats and a brand-new party ‘Bulgarian rise’ (BV), prioritising national interests, entered Parliament. ITN was excluded, just failing to overcome the 4 per cent threshold.

One of the reasons for this new turn in circles was the failure of PP to achieve convincing success in exposing a host of corruption cases and naming the perpetrators, and worse: they provided grounds for similar charges against themselves once they were in government. Another reason were issues regarding the war in Ukraine, and the country’s relations with Russia. PP was seen as overly eager to demonstrate Euro-Atlantic fidelity, as they were among the first to reject rouble-converted gas payments to Gazprom, making Bulgaria one of the first two countries with gas supplies switched off. They had further soured relations with Moscow by expelling a record number of 70 Russian diplomats and staff.

All these issues remain painfully divisive throughout Bulgarian society, especially between the political parties. At the same time, polls have shown that the most pressing worries by far at the top of people’s agendas are the challenges of making ends meet in light of exploding heating and electricity charges and basic food prices, in addition to worries over jobs and incomes.

The upshot has been a fundamental decoupling of politics from citizens’ preoccupations, resulting in an almost complete collapse of trust in elections, institutions and the overall democratic political process. One illustration was ITN’s proposal, put forward in the middle of the election campaign, for holding a referendum on the question of whether Bulgaria should become a presidential republic rather than remain a parliamentary one.

With PP, DB and BSP with only 98 mandates in total (well short of the needed 121-majority) and flatly refusing to work with GERB or with the other parties in Parliament, GERB, striving to enhance its Euro-Atlantic credentials, will be left with the options of joining with DPS (a difficult proposition) or with one or two of the other parties that have entered Parliament. One of these, however, ‘Revival’, has already ruled out taking part in coalitions, and the other one, BV wants to prioritise national interests over deeper Euro-Atlantic commitments.

What follows now is the constitution of the new 48th National Assembly with parallel efforts to reach some sort of shared approach to forming a cabinet. As things stand now the hopes to succeed are dwindling markedly. The most disturbing prospect for the immediate future is therefore another aborted legislature, one more caretaker cabinet and a new 5th round of elections in early 2023! Entailing the high risk of a virtual collapse of basic democratic processes and institutions.