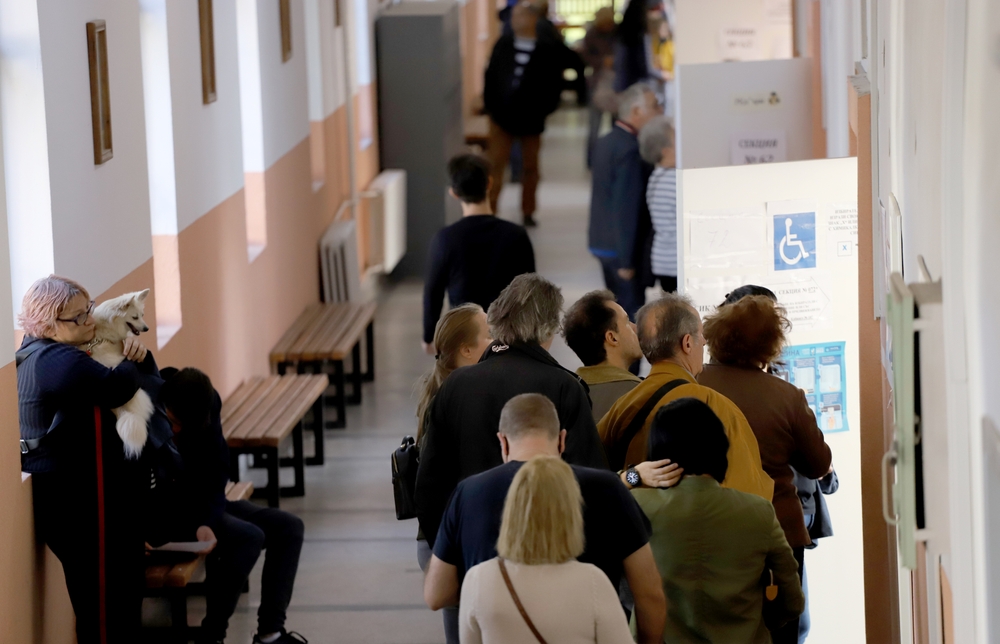 On 2 October 2022, Bulgarians voted for the fourth time in less than two years for a new parliament. In the summer of 2020, when citizens justly raised their voices against the GERB status quo, almost no one realised that in two years’ time, instead of living in the longed-for democracy, they would face the necessity of defending it against its formerly most professed defender – President Rumen Radev.

Political life during the long years of rule of the conservative GERB (‘Citizens for European Development of Bulgaria’, EPP) was marked by a slow normalisation of populism. However, there are various types of populism in Bulgaria. The first one is associated with several waves of anti-elitist, but pro-European political projects – the centre-right NMSS (National Movement Simeon II, EPP), GERB and, finally, some pop-up projects, which have made their appearance in the aftermath of the protest wave of 2020.

The other type of populism is represented by national-populist political parties. Although in the first years after the upheaval of 1989, formations of this kind had gravitated around the two main blocs – the right-wing bloc and the Bulgarian Socialist Party (BSP), inheritor of the former Communist Party, national populism has become an important factor with the emergence of the nationalist ‘Attack’ in 2005.

The last GERB government (2017-2021), by virtue of its coalition with the ‘United Patriots’ (a coalition of three nationalist parties), has, in fact, contributed enormously to this normalisation of national populism, allowing it to dominate the agenda with topics such as migration (understood as a threat), gender (in a perverted interpretation of the Istanbul Convention), and demographic fears. Far more dangerous in this normalisation process on a discursive level however was the conservative turn of the left BSP, which entered into a competition of increasingly extreme interpretations of these same topics with the national-populist formations.

This de-ideologised environment made policies in the interest of the citizens of the poorest and most corrupt EU member state utterly impossible.

The Covid-19 crisis brought back to the country a lot of young people, bearers of liberal values. Their encounter with corruption and ineffective government drove them into the streets in 2020, to demand the resignation of the government. President Radev became their most vehement defender. Departing from his institutional obligations and the strict limitations of his constitutional powers, he seized upon the just civil protest to use it as a popular tribune for himself. The glimmer of hope for democracy prevented many from discerning the danger of Radev’s behaviour. Institutions are a guarantee for democracy when they fulfil their functions as defined in the constitution. When they depart from this framework, they become a destabilising factor, a threat to the legal and democratic order.

Radev won his first term in office in 2016, but certain public circles held it that, despite having been a NATO general, trained in the US, he is openly pro-Russian. Through several statements and actions, Radev has confirmed these speculations, for example, in a debate during his second campaign, he stated that Crimea is Russian. Subsequent months have clearly revealed that it was not his nature as a democrat that brought him to the public square with his fist victoriously raised in 2020, but, simply, his appetite for power.

Despite the protests, GERB completed its term of office and regular parliamentary elections were held in April 2021. These, however, failed to result in the formation of a government, and, instead, initiated a prolonged political crisis with snap elections in July 2021, November 2021 and now, October 2022.

As a result, Radev has been ruling singlehandedly, via interim governments, since the spring of 2021, although by its Constitution Bulgaria is a parliamentary republic, where the President, directly elected, has primarily representative functions. Moreover, Radev and his governments have ruled absolutely uncontrolled in the absence of an elected Parliament. His priorities, however, did not include respect for the Constitution. In May 2021, he appointed Kiril Petkov as minister of Economy in breach of the constitution. Shortly after that, Petkov launched his political project ‘We Continue the Change’: one of the many political pop-up projects that emerged recently. The goal, for Radev, was to use the support for ‘We Continue the Change’ to secure a second mandate for himself, which succeeded.

In December 2021, following extended negotiations, a government of four parties was formed under the lead of ‘We Continue the Change’, together with BSP, another pop-up populist project ‘There is Such a People’, and the alliance ‘Democratic Bulgaria’, formed of liberals, conservatives and greens.

Russia’s invasion of Ukraine in February 2022 brought back to relevance one of the most considerable cleavages in Bulgarian Society:  Russophiles vs Russophobes. In the following months, the centrifugal forces within the already complicated coalition intensified. In June, the government was overturned in a non-confidence vote, occasioned by the decision of ‘There is such a people’ to withdraw support from the cabinet. Mutual accusations of corruption and the discussion around Macedonia’s EU accession – an evergreen-subject in Bulgaria – hardly managed to conceal the fact that the real reason for the split lay in the economic ties with Russia and the arrangements between Bulgaria and Gazprom. President Radev abruptly began to talk like ‘There is Such a People’, and the new interim government, formed in the aftermath of the no-confidence vote, made it clear that it would follow a pro-Moscow course, despite its pro-European cloaks.

In this context, the campaign for the consecutive parliamentary elections featured two main actors: Russia and Radev. A preliminary OSCE report states that the interim government and Radev made themselves visible in this campaign with their criticisms of the regular government. These criticisms were particularly vehement against BSP leader Kornelia Ninova.

Radev has made no secret of his ambitions to take control of the party. The personal contentions between President Radev and BSP leader Kornelia Ninova do not make them ideological enemies; on the contrary, beyond these confrontations, they both share similar positions on several topics, which brings them equally away from the European Left.

A record low number of voters have voted on October 2 ballot, due to the weariness from the long series of elections, but even more because of the absence of any real possibility for an actual choice.

The 2020 protests brought numerous pop-up projects to the scene. What they had to offer, however, was not new ideas but new faces. The last campaign was another one without a real clash of ideas. The majority of candidates did not even present comprehensive programmes as populism – even in its pro-European variety – can never offer working policies.

In the context of imminent and intensive social and economic turbulences, this can be dangerous, especially in a context where national-populism takes an increasingly prominent place. A formation, which has been gaining in influence for years, is ‘Vazrazhdane’ (‘Revival’) – a nationalist, pro-Russian, anti-European and anti-democratic party. Furthermore, in Bulgaria, we are dealing with a self-empowered president, whose convictions are of a similar kind, and who makes no secret of his ambitions to reverse the current constitution in favour of a presidential republic.

Over the years, he has systematically worked for the disruption of the party system and the institutions, in disregard of constitutional norms. If many Bulgarians were misled into seeing his raised fist as a representative of democracy back in 2020, today it is high time for them to awake and reclaim their democracy from him.

It is to be hoped that soon new formations will appear on the stage – not political projects, but parties with clear ideological orientation. Bulgaria is in particular need of a modern, pro-European left party.