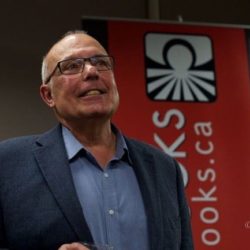 Big Tech and governments are creating a powerful system of surveillance capitalism. But Vincent Mosco sees alternatives: citizens’ mobilisation, applying anti-monopoly legislation, breaking the likes of Google and Facebook and European alternatives are amongst them.

Progressive Post: In your book ‘Becoming Digital’, you analyse the convergence of different technologies (Internet of things, Cloud computing, Big Data) into the development of the ’the Next Internet’; which are the power relations and interests this brings about?

Vincent Mosco: The Next Internet massively expands the Internet by bringing together powerful technologies and systems. The Internet of Things embeds miniature sensors and monitoring devices in everyday objects, and even in people. This generates significantly more data, which is increasingly stored in the Cloud or the data-centres that manage and process them. Big data analytics uses data to chart the behaviour of objects and people to make predictions and set decision rules known as algorithms that increasingly govern our lives. Commercial interests led by Amazon, Apple, Facebook, Google, and Microsoft are primarily responsible for promoting the Next Internet as a means to sell hardware, software,

products and services, as well as the data gathered on people and things. Governments, particularly in the US and China, have supported their activities because they benefit from opportunities to control their citizens through unending surveillance, to extend military power (think weaponised drones), and because they see these companies as vital to economic growth. Together big tech and its sup- porters in government have formed a powerful system of surveillance capitalism.

PP: Given this convergence of interests between big tech and the State, what can citizens do?

VM: Citizens need to understand the history of corporate power in the communication industry. In the US, and to varying degrees elsewhere, every new media technology from the telegraph through to the telephone and broadcasting, suffered from corporate concentration, commercialism, and dependence on the military-intelligence arms of government. In each case citizens mobilised and won victories including the break-up of monopoly firms, the regulation of prices and services, the development of public alternatives to commercial systems, and limitations on the militarisation of communication resources.

The rise of neo-liberalism rolled back many of these citizen initiatives with policies pro- moting deregulation, privatisation, and the practical elimination of anti-monopoly enforcement. As they have done time and again, citizens need to organise against the current social media regime and , strictly regulate the industry in the public interest, and create citizen-controlled public alternatives to commercial firms. As in the past, citizens also need to mobilise to restrict military and intelligence agencies from violating human rights by limiting government surveillance and sharply reducing the use of artificial intelligence systems to carry out warfare against civilian populations.

PP: You mention ‘cultural myths’ underpinning these new technologies, allowing people to make sense of them and ease their fears. Digital technology is often equated with ‘innovation’ and ‘the inevitable march of progress’, which makes it difficult to criticise.

VM: We make myths whenever we make technologies. These go beyond the mean- ing of a falsehood to indicate the stories we tell ourselves and each other to help us deal with life’s challenges. With support from big business, digital technologies have been given a set of mythic superpowers including the power to disrupt, to accelerate progress, and to create social transformation each of which contributes to broader myths about the end of history, the end of geography, and the end of politics.

However, cultures always give rise to coun- ter narratives that transgress the dominant view. In the case of digital, I would identify three such visions starting with democracy or the fullest possible public participation in the decisions that affect our lives. There is also social justice which animates a belief that people, and the entire natural world are owed the right to exist and flourish as fully as possible. In particular, people have the right to build a self-identity that provides protection against surveillance capitalism, including the colonisation and quantification of the self. Finally, there is the myth of universality, which imagines using digital to promote equality and to create a widely shared vision of the world as the common responsibility of humanity. Each of these exists alongside the dominant mythology but each requires expanding support to replace the major myths, the dominant imaginaries of the ruling cultural apparatus.

PP: You say that communications infrastructure has been conceived in the past as a public utility, and that this should also be the case today. What could this mean in practice?

VM: It would start by declaring digital communication essential to social life with specific minimum levels of service and connectivity available to all. This might involve the creation of a public alternative alongside, or in place of, dominant commercial social media firms. Regulations would guarantee universal access to the means of communication and to public information, the right to control data about oneself and move it to the system of one’s choice, including citizen-controlled data trusts. A public utility would impose strict controls over commercial and government surveillance. It would also insure full transparency in the construction and application of algorithms.

PP: In Europe, there is the idea that the EU has ‘missed the boat’, and some say that the EU should regain digital sovereignty, and possibly create its own digital giants. Regardless of whether this is possible, we rather feel the EU should strive to develop a new model, in contradistinction to the US (venture capital- driven, monopolistic, military co-opted) and Chinese (state- led surveillance and control) models – what’s your take?

VM: I agree that the world would bene- fit from the growth of a European digital technology industry, but not just because it would compete economically with firms from the US and China. The economic success of big tech in the US has come at the expense of American society and politics, whose core values and institutions are crumbling in part because of the unbridled power of technology companies. The primary reason to create a European version of big tech is to provide EU citizens and the world with an alternative to the US and Chinese models. The one positive value of the US system worth emulating is the nation’s historically strong commitment to higher education and research. Admittedly, some of this is the result of military priorities, but not nearly as much as one might think.

An alternative model that starts with significant expansion in education and research should also commit to full citizen participation in planning and policy formation, such as the city of Barcelona has implemented. Any new system must be universally accessible, committed to protect privacy, and engineered to block surveillance capitalism. It should use open-source software, give citizens the right to control their own data and move it to networks of their own choice. In fact, it would be wise in my view to consider a public utility model which values information the same way as water and energy: as an essential resource. These starting points would require strong state intervention, including regulation of EU and non-EU companies. The EU’s General Data Protection Regulation (GDPR) marked an important step in the right direction but much more needs to be done to counter the power of both the American and Chinese models.