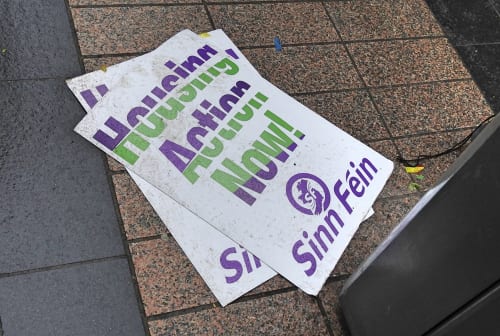 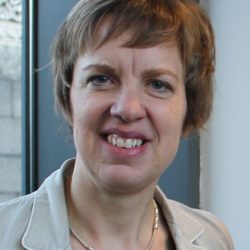 After almost four years of minority government, led by Fine Gael and supported by Fianna Fáil in the form of a ‘confidence and supply arrangement’, voters were looking for a change. ‘The large of votes given to Sinn Féin was only dampened by the fact that they did not run a sufficient number of candidates to take advantage of this extraordinary success’.

What is not so clear at present is what form the government will take, or if it will even be possible to form a viable government, based on the deeply divided results. The weeks and months ahead will involve intense negotiations on all sides, as parties attempt to reach the magic number of 80 seats necessary to form a government with a majority in the Dáil, the Irish parliament.

Unfortunately, my political party, the Labour Party, has emerged from the election with only six seats (we had won seven seats in the previous election in 2016); it is unlikely that Irish Labour party will form part of the next government. While we had run a strong campaign with 31 candidates, on this occasion we were not successful in achieving any electoral breakthrough. The Labour Party manifesto focused on building an equal society by investing in public services, with a commitment to building homes, fixing the healthcare system, creating a national childcare scheme, achieving socially just climate policies and providing better pay and job security for workers.

Apart from the six Labour Members of Parliament, the Social Democrat party also won six seats, while the Green Party made significant gains, returning 12 Members of Parliament (they had previously held only two seats). It is clear that Labour voters transferred largely to both those parties, since all three parties share Social Democratic and left-wing values based on the need to prioritise investment in public services. If the Labour Party does go into government again in the future, it will be on the basis of a commitment to those policies.

“Most people are not feeling the benefits of the recovery”

Some commentators have noted that the shift towards Sinn Féin represents less an endorsement of their past, and more a rejection of the dominant two parties, which were formed from the civil war divisions dating back 100 years. A century later, voters are looking for a new type of politics. A palpable sense emerged during the campaign that despite the improvements to the economy following the post-2008 recession, most people are not feeling the benefits of that recovery. Most people’s concerns, as borne out in the exit poll data, related to housing and health. The cost of living was also a massive issue for people as they went to vote. Homelessness represents a serious crisis currently. There were 9,731 people listed as homeless in the week of December 23 – 29 2019 across Ireland (for a population of 4.75 million). The number of homeless families has increased by 280% since December 2014. More than one in three of those in emergency accommodation are children; and there is a serious lack of new homes available for those who would hope to buy a house.

“Fine Gael had been telling the public for several years now that the economy was improving – and yet people were clearly not feeling that.”

The election result could be seen as a protest vote against politics as usual. Asked whether they had benefited from the improvement in the economy in recent years, 63 per cent of respondents in the exit poll said that would not apply to them. This is a very telling indicator of voting motivation at the polls. Fine Gael had been telling the public for several years now that the economy was improving – and yet people were clearly not feeling that. They simply did not buy the good news story that the government was promoting.

“There was no shift to the populist anti-immigrant right that has unfortunately been evident in other European countries. “

Thus, the election results reflect a disconnect between the official narrative of the economy and the lived reality of people’s lives. This disconnect and the phenomenon of relative inequality within society is described by Picketty and Wilkinson in The Spirit Level as contributing to a lack of trust along with other negative outcomes. As much as the vote could be seen as reaction to ‘politics as usual’, it is heartening to note that Irish voters are not moving towards the right, and on the basis of the exit poll, are not voting based on concerns about immigration. We have not seen the shift to the populist anti-immigrant right that has unfortunately been evident in other European countries.

The exit poll confirmed another suspicion that had arisen during the campaign: that Brexit was very low down the list of priorities for voters. Given the dominance of Brexit on the Irish political agenda since June 2016, it is quite likely that if Fine Gael had gone to the polls a year ago, Brexit would have featured as an election issue and they might well have achieved a better result, based on their widely respected and unified approach to the Brexit negotiations. By the time the election was finally called in January 2020, Brexit was done and dusted in the voters’ eyes. It appears that voters were unwilling to reward the government party for their performance on the international stage. Instead, their attention turned to the bread and butter issues at home.

For the future, the conversation among centre-left, Socialist and Social-Democratic parties must focus on how to regain the trust of voters. That trust was not lost overnight, and nor will it be regained overnight. Based on the voting demographics, young people in particular placed their trust in Sinn Féin. We in Labour and on the left need to focus on regaining the trust of young people and of working people more generally. If a new government is formed between FF and SF, it will be more important than ever to create a space from opposition to put forward a clear alternative for our future, based on a Social Democratic vision of an equal society.