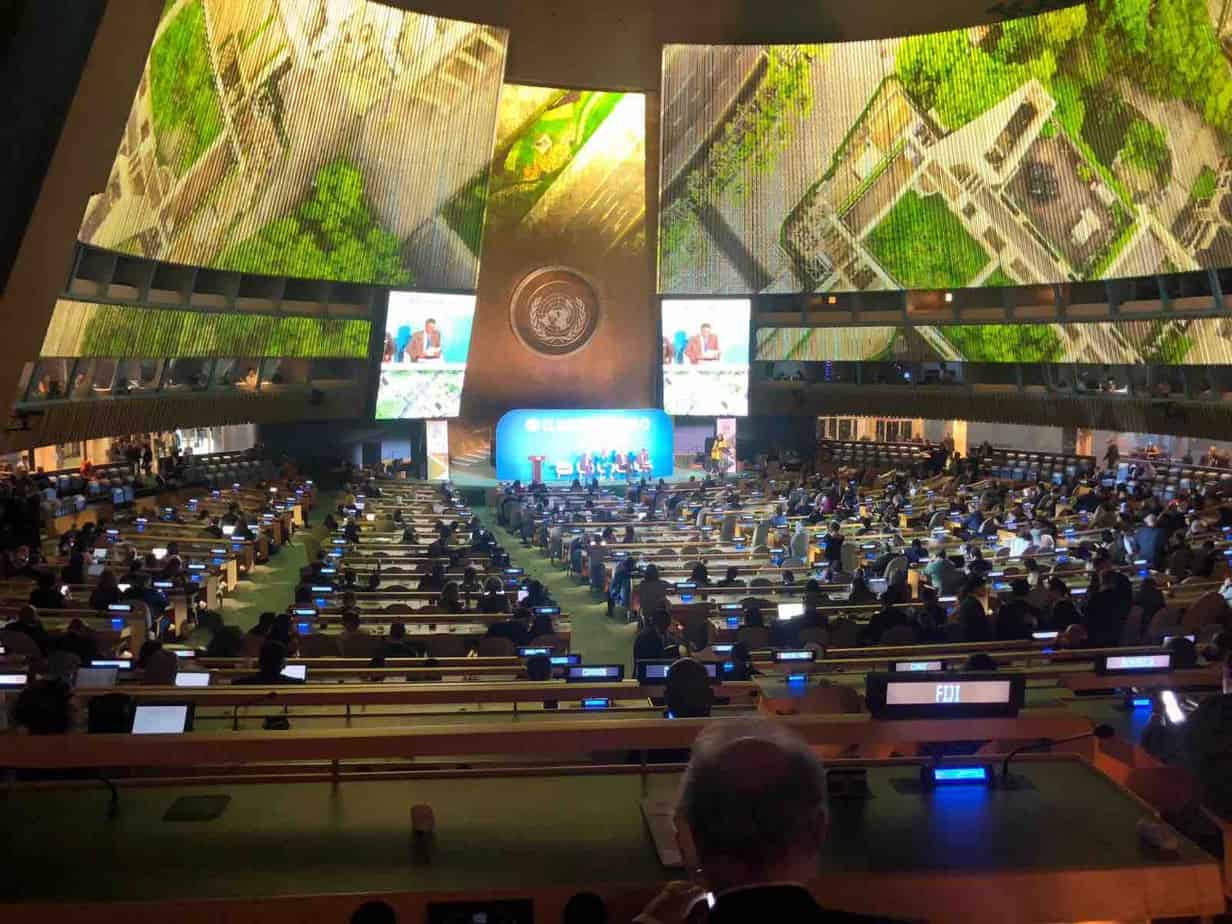 A clash of visions took place in the last General Assembly of the United Nations in New York. Not a clash between patriots and globalists, as Trump declared during his 35-minute speech in front of a tense and silent audience of world leaders. But a clash between nationalists and those who push for more international cooperation to tackle so many global challenges: peace, democracy, poverty, migration, trade, digital revolution, sustainable development and climate change.

The impacts of the neo-liberal agenda of unfettered capitalism are of course still in full operation, but there are two different ways to respond to this destructive agenda. One way is selfish, self-centred and illusionary. The other is progressive, updating regulation, cooperation and the distribution of resources to build a fairer global order.

The nationalist club was well represented at this Summit by Trump, Bolsonaro and Johnson. Trump was also extremely clear in his purpose to challenge the European Union by actively supporting Brexit. The irony is that all these leaders are now under heavy charges of not respecting their own people: Trump being threatened with impeachment by the American Congress, Bolsonaro under heavy charges for burning the Amazon rainforest, and Johnson for confronting the British Parliament.

On the other side, in support of the efforts of UN Secretary-General Antonio Guterres, there were progressive leaders such as Pedro Sanchez, Stefan Loven and Mette Frederiksen. This was particularly clear in the Climate Summit of 23 September, opened by a dramatic criticism presented by Greta Thunberg speaking on behalf of the hundreds of thousands who had taken to the streets all over the world three days earlier.

This was the day FEPS held a preparatory conference in New York to launch the recommendations of the recently created Steering Committee for Climate Justice. The event included the participation of inspiring speakers from the world of politics, academia and civil society, such as former Irish President Mary Robinson and the Ministers for Climate from Spain, Denmark, Finland and Kenya.

Teresa Ribera, Spanish Minister for Ecological Transition and chair of FEPS Steering Committee on Climate Justice, presented key guiding proposals for a progressive agenda to tackle the climate crisis, and brought them to the UN Summit. These proposals can be summarised in the following building blocks:

These were the concerns I also brought to the UN Climate Summit on behalf of FEPS, which now counts on UN Economic and Social Council (ECOSOC) observer status. Despite the global attention given to climate issues, and despite the noise made by the vocal youth movement, one point that was very evident from this Summit was that there is still a long way to go to convince those who are still in denial, those who just do the bare minimum to be kept in the picture, and those who speak about climate action but overlook its social implications.

The dozen of coalitions launched by UN Secretary General Antonio Guterres are a good initiative to win over inertia and complacency. Nevertheless, a stronger force is needed to strike the Global Social-Ecological Contract.  We need to respond to climate change with a big economic and social transformation inspired by a new concept of progress for all. This should be a role for Progressives today.

A first big test will start in Europe with the new elected European Commission delivering on its proposal of a Green New Deal. A key role will belong Frans Timmeremans as 1st Vice-President.

In the framework of the UN Climate Action Summit and the UN General Assembly, which took place in New York, FEPS organised an outstanding side event on Climate Justice. After months of work, Teresa Ribera, Spanish Minister for Ecological Transition and chair of the FEPS Steering Committee on Climate Justice, presented this committee’s conclusions and brought them to the UN Summit. For the first time, FEPS – recently granted the consultative status of the UN Economic and Social Council (ECOSOC) – also took part in the UN Summit, with a powerful message. Not only must we address the climate crisis, but we must do it with social justice. Not only do we need a Green New Deal, we need a New Social-Ecological Contract

More on the FEPS United for Climate Justice proposals can be found here.