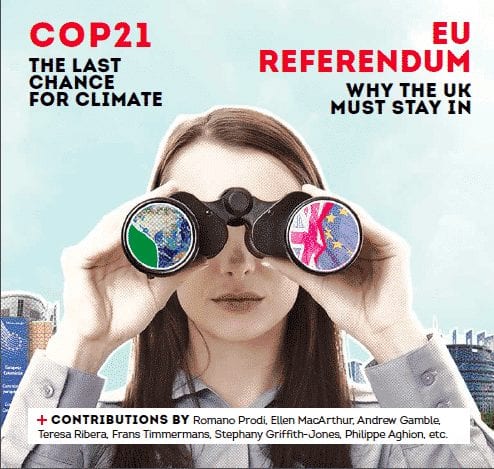 Appeal for action – Last chance for a real deal to address the defining challenge of our century.

It is significant progress that 146 countries, covering almost 87% of global emissions have submitted their reduction plans ahead of the climate summit in December. However this will still not be enough to cap global warming to 2 degrees. On the one hand wonderful things are happening but on the other, powerful dynamics are still working hard to destroy the livelihoods of other people.

Many key countries are boldly coming out and unveiling ambitious and inspiring initiatives for protecting our ecosystems, whether it’s protected ocean reserves or the divestment movement, something is beginning to stir. Whilst climate change poses a grave danger to the most vulnerable people in society and increases poverty and inequality, we also know that national benefits outweigh the costs. The impacts of inaction will be much greater than if we continue with our current lifestyles. In the meantime it is very encouraging to see that the means to change are already within reach. The cost of solar and wind energy for instance is dropping rapidly, consequently weakening even more the argument for fossil fuels. The VW emissions scandal could potentially be the catalyst that sees the end of petrol vehicles. Momentum is building up towards the COP21 in Paris but we only have one planet. We need to drastically change attitudes to how we consider our whole economic and social systems fitting together.

This time it is in Europe again so it is our chance to show clear direction and lead the initiatives. François Hollande as hosting President in France and Laurent Fabius, the minister in charge are doing an excellent job of this but it depends on all of us. A re-run of Copenhagen in 2009 needs to be avoided at all costs and we need to stop letting the climate question pull us in different directions. Subsequently dealing with climate-related crises will surely be a topic on the agenda next. Evidently the EU is not able to deal coherently with the current refugee crisis. Further conflicts of land, food and water will only likely become worse if we don’t address the causes. Currently it is precisely this that is not being recognised, the cause forcing people to move or migrate. We should perhaps consider already establishing a recognised climate-refugee status. In any case we need to cooperate more and also have in place concrete plans to adapt and mitigate further crises.

The migration issue is also one that is spreading fear and anxiety across the continent. It also highlights a lot of divisions. Correspondingly we need to address anxieties about a sustainable transition in the right way to ensure people don’t lose out and instead embrace change positively because we urgently need to pave the way to a sustainable transition and a new way of organising our societies. This really is the last chance for international cooperation on climate. It will be an enormous test. However as addressed in the articles in this magazine issue, the barriers to climate action are often domestic politics.

It is precisely domestic politics that leads us to our other big focus of this magazine issue: the EU referendum in the UK. David Cameron is once again being herded by internal party conflicts rather than having his country and its citizens welfare as a priority. Rather than taking best lessons from other referendas, this debate is already playing on the fear and anxiety of the citizens and is really promoting either a departure from the EU project or an opt-out. Conversely everything points to needing more Europe not less. That is why we need a strong European leadership.

Ultimately EU leaders need to bring a new generational, historically-defining project to the fore which will magnetise its people. The transition to a sustainable future in all its economic, social and welfare virtues provides this connection.