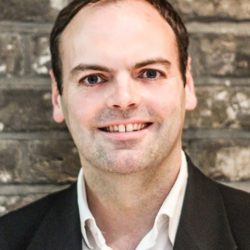 Technological change, an increasingly flexible labour market and an intrusive welfare state have combined to create a new state of insecurity. To contend with this, a new social contract is needed. The cornerstone of this should be a basic income.

The job is changing. This is not just a case of new types of work replacing others – a trend seen relentlessly since the industrial revolution. Something more profound is taking place. The nature of the ‘job’ itself is changing. It is going through a transformation as great as the changes seen to the family since the 1960s, to the nature of old age as the Baby Boomers hit retirement, or the construction of identity, now that adolescents socialise as much online as off. Much has been said about the decay of other institutions – the church, trade unions, and the industrial age firm. But the transformation of the ‘job’ is perhaps one of the most significant societal changes seen in half a century. This is serious and it impacts the weakest more than others. In other words, it is something that social democrats should be taking very seriously indeed.

Work has been decoupled from a single job. The economy has shifted from a picture of full-time, stable and predominantly male employment to a picture that contains a much greater number of part-time, insecure, flexible jobs. Many have undoubtedly benefited from this change. More women are now in employment and those with marketable skills are able to navigate more flexible labour markets to their advantage (often through high value self-employment). Yet if we look underneath the bonnet a more concerning picture emerges.

The three dimensions of insecurity
Since 2007 almost all the aggregate increase in employment in the UK is accounted for by ‘non-standard jobs’, according to the Organisation for Economic Cooperation and Development (OECD). These include low-pay self-employment, ‘flexible’ and zero-hours contracts and part-time work. The rapidly growing ‘gig economy’ offers new opportunities for some but instability and low-pay for others. What is the outcome of the deconstruction of the traditional job? The answer for many is insecurity and volatility.

This is the first dimension of what we might call ‘insecurity cubed’: the tripartite combination of job insecurity, insecurity caused by the welfare state, and that caused by technological change.

The second dimension, the increasingly punitive welfare state, now sits alongside this world of insecure work and anxious lives.
The edifice of the modern welfare state has become ever more intrusive as it compounds an entirely arbitrary sanctioning regime with moves into in-work conditionality and work penalties. None of this has rebuilt faith in the welfare state; in fact, it has undermined it as those trapped in low or no pay cycles are seen as an ‘undeserving’ other.

And there is a third factor: technological change. There are many predictions about the impact of intelligent machines on the world of work. The best guide in these situations has to be the past; previous technological leaps have created more new (and better) work opportunities than they have destroyed. However, these changes have hit particular groups of workers and communities hard and sometimes for considerable lengths of time. We should be alert to the possibility that changes could have a significant negative impact on whole categories of worker (whilst empowering others) and that these impacts could be more sudden or intensive than historical scenarios might suggest.

A new social contract
These three dimensions of insecurity – a changing labour market, technological innovation and an intrusive welfare state – all suggest that a very different social contract is now required. Primarily, the tax and benefits system needs fundamental reform. The cornerstone of this new social contract should be a basic income.

In essence, a basic income is an intervention designed to underpin economic security. It gives people a greater possibility to pursue better work, try setting up a business, reskill, or undertake caring responsibilities.

Basic income alone is of course not sufficient. There will still need to be help into work but it will have to be higher quality, better tailored and targeted to encourage those who need support to engage. There will need to be greater support for particular groups of workers such as the low paid self-employed by, for example, through government supported co-operatives and peer to-peer social enterprises. The RSA’s Brhmie Balaram has proposed a system of shared regulation involving gig workers, consumers, and new sharing platforms to ensure fairness. With new powers, cities and other devolved areas will have to plan creatively to offer new routes into work and training for those locked in a low pay-no pay dynamic.

Rightful concerns over inequality have occupied the centre-left for some time. Those concerns should not be diluted. However, alongside them there must be a much greater focus on the impacts of insecurity associated with the decline of the traditional job. We need an agenda for insecurity cubed; that agenda has a basic income at its core.

Read the entire article in the publication ‘Changing work’