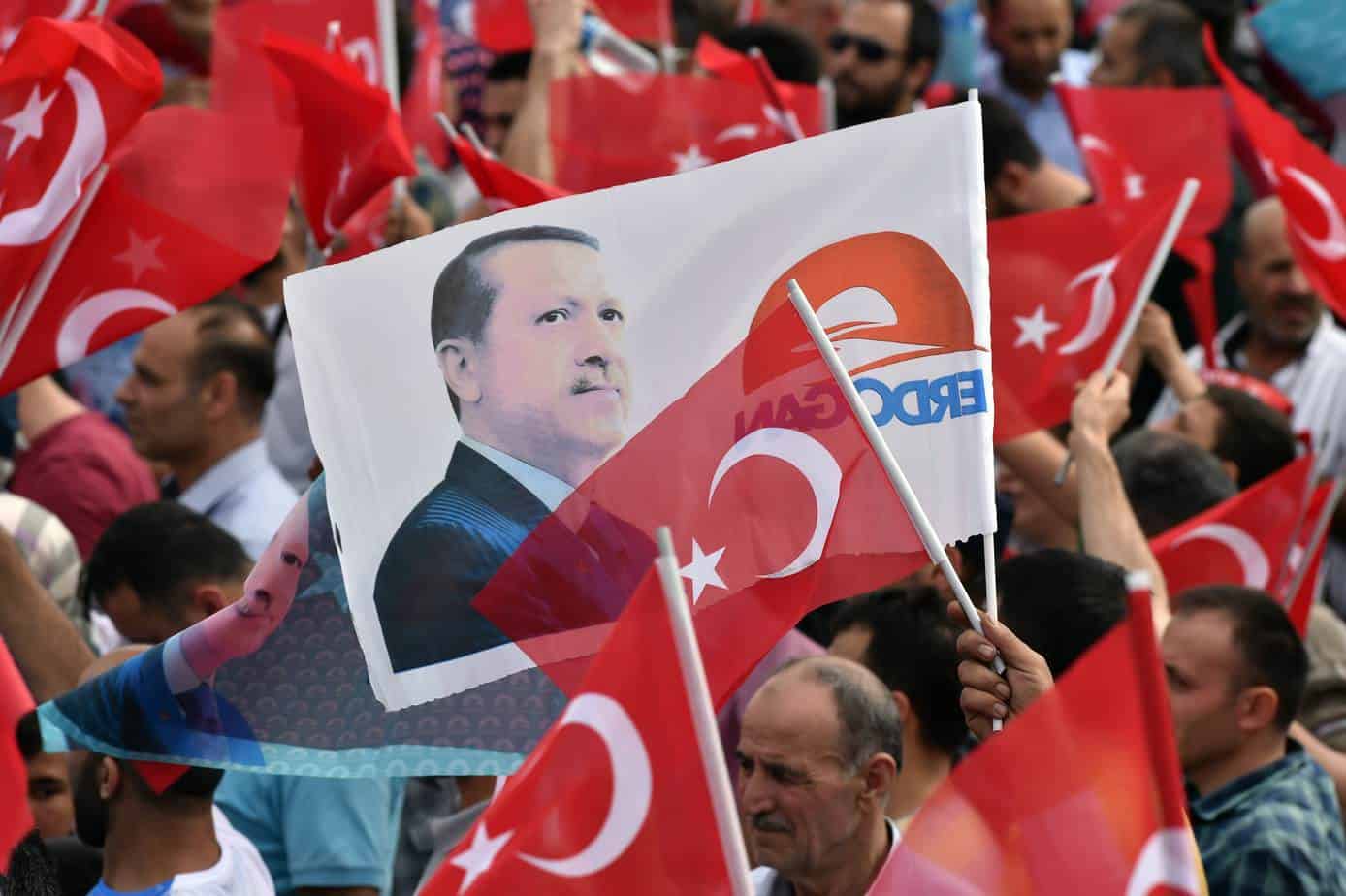 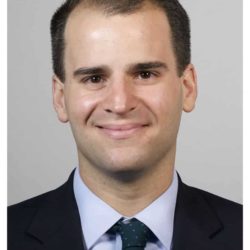 Before writing anything about the June 24, 2018 Turkish election, it is important to note one crucial point: the vote was deeply, fundamentally unfair.

President Recep Tayyip Erdoğan and his governing Justice and Development Party (AKP) held the election under a state of emergency, allowing centrally-appointed governors to control opposition rallies (or public assemblies of any size). Erdoğan allies control 90 percent of the media, and the opposition could barely get air time on television, where most Turks get their news.Journalists knew they could face legal prosecution if they went too far in criticizing the government—Turkey is the world’s leading jailer of journalists. The majority-Kurdish Peoples’ Democratic Party (HDP) faced severe repression, with thousands of party activists in prison, including the party’s co-leaders and its candidate for president, Selahattin Demirtaş. A new elections law, passed by the AKP-dominated parliament in March, opened up avenues for outright fraud and allowed government officials to easily move ballot locations, a measure aimed at suppressing Kurdish turnout.

Erdoğan allies control 90 percent of the media, and the opposition could barely get air time on television, where most Turks get their news.

With these structural advantages, President Erdoğan won re-election with 52.5% of the vote, avoiding a runoff against second-place finisher Muharrem İnce, who energized Turkey’s opposition but failed to win over many conservative Turks. The economy was the defining issue—according to CAP polling, 75% of Turks said it was the issue that would determine their vote— but the opposition was unable to convince conservative Turkey that they would tackle high inflation and unemployment better than Erdoğan. President Erdoğan is now set to serve through the centenary of the Turkish republic in 2023, presiding over a strong presidential system which allows him to rule by decree on most matters and grants him near-absolute control over the executive branch and the judiciary.

75% of Turks said it was the issue that would determine their vote— but the opposition was unable to convince conservative Turkey that they would tackle high inflation and unemployment better than Erdoğan.

While Erdoğan has shaped a one-man system, he must still rely on a pliant parliament for many routine government tasks, such as passing budgets, and matters of great weight, such as extending (or ending) emergency law, declaring war, allowing foreign troops to use Turkish territory, or sending Turkish troops abroad. On the parliamentary side, the AKP actually lost significant ground, losing its absolute majority and going from 317 out of 550 seats in the old system to 295 out of 600 in the new system. But the AKP’s electoral alliance with the right-wing Nationalist Movement Party (MHP)—which confounded expectations to secure 11% and 49 seats in parliament—means that Erdoğan and the AKP should enjoy a working parliamentary majority for day-to-day government on most issues.

The MHP surge caught everyone by surprise – none of the polling (including CAP’s own) predicted it. The trend is likely attributable to two primary factors. First, conservative nationalist voters who soured on the AKP turned to the MHP rather than the Good Party (İYİ), as many analysts had expected. In fact, due to concerted effort to keep center-right challenger Meral Akşener and İYİ almost entirely out of the media, many rural MHP voters may never have learned much about İYİ or its platform.

The second likely component to the nationalist surge is the Syrian refugee issue. There are more than 3.5 million Syrians living in Turkey, and their presence has become a major point of social tension. In a November poll, CAP found that 79% of Turks had unfavorable views of the Syrian refugees, while 78% felt Turkey spent too much caring for refugees. Many conservative, nationalist voters who were supportive of Erdoğan’s overall leadership but angry about the refugee policy—which Erdoğan oversaw—may have found a home in the hard-right MHP.

There are more than 3.5 million Syrians living in Turkey, and their presence has become a major point of social tension.

Against this Turkish nationalist trend—and severe repression from the authorities—the HDP comfortably cleared the 10% electoral threshold to secure 67 seats in the new parliament; with 11.7% of the overall parliamentary vote, the HDP is now the third-largest party in parliament. While the presence of the HDP in parliament at least offers a minimal peaceful outlet for Kurdish political demands, there is little prospect for progress on Turkey’s most intractable political dispute. A dozen duly-elected Kurdish MP’s from the last parliament—including the HDP co-leaders—remain in prison, along with thousands of Kurdish political activists. Meanwhile, the government continues to flout democratic rights in the mainly-Kurdish southeast, governing through appointed mayors having removed 82 elected municipal governments.

Ramifications
Turkey remains fundamentally divided between those who strongly support Erdoğan and his agenda, and those who oppose it. Despite this division, the country has narrowly opted for one-man rule under a new, strong-presidential system under deeply unfair circumstances. According to CAP polling, AKP supporters believe the election is fair, while opposition voters do not. These dynamics augur continued political uncertainty, and the continued concentration of power in the face of broad-based dissent points to continued repression and further widening of the crackdown on civil society.

Much depends on the course of the economy, as well. Erdoğan called early elections with the dual aims of catching his political opponents off-guard and securing the vote before the economy deteriorated further. But the Turkish government shows no signs it has the political will to make structural reforms to tackle persistently high unemployment, inflation, or the large current account deficit. If the trends continue, Erdoğan will now own the economic crisis.

Alongside this persistent economic risk lie deep political and social challenges – challenges rooted in the difficulty of governing a country without compromise despite profound polarization. Even with this victory, Erdoğan cannot rest easy; nationwide local elections in March 2019 will present yet another challenge to the AKP’s control. The opposition is potent in major cities, famously winning the majority in many big metropolitan areas in the April 2017 referendum. Losing control of key municipalities would be a huge blow to the AKP, as these local governments control the public contracts and appointments that bolster the AKP’s patronage system and economic heft.

The opposition is potent in major cities, famously winning the majority in many big metropolitan areas in the April 2017 referendum. Losing control of key municipalities would be a huge blow to the AKP

Underpinning all of this is perhaps the most consequential question of all: how to manage the Syrian refugee population. Erdoğan and the AKP must try to tamp down social conflict and anti-refugee resentment while relying on a nationalist bloc in parliament that wants the Syrians gone. And, more generally, the government must reckon with the reality that most Syrians will remain in Turkey indefinitely without falling victim to the wider political hostility to that fact.

Finally, the AKP’s reliance on MHP votes in parliament and the political message sent by the nationalist wave means there is little hope for rapprochement on the Kurdish front, either at home or in Syria. Nationalist leader Devlet Bahçeli holds considerable leverage and is likely to insist on hardline Kurdish policies.

This nationalist coalition is held together by two main issues: support for a strong state to fight against perceived Kurdish separatism and terrorist threats, and aggressive, unilateral Turkish regional and foreign policy linked to that anti-Kurdish line.

Indeed, the nationalist trend will likely continue to define Turkish foreign policy writ large. Since the AKP’s setback in the June 2015 elections and the subsequent resumption of the Kurdish conflict—which alienated Kurdish voters previously open to voting for the AKP—Erdoğan has relied on the nationalist right-wing to support his constitutional reforms and ensure his political dominance. This alliance was further solidified in the wake of the July 2016 coup attempt and by Turkey’s offensives in Syria. This nationalist coalition is held together by two main issues: support for a strong state to fight against perceived Kurdish separatism and terrorist threats, and aggressive, unilateral Turkish regional and foreign policy linked to that anti-Kurdish line. Western governments should therefore expect more of the same from Turkey, with continued adventurism in Syria alongside virulently anti-American and anti-European rhetoric. Turkey’s economic fragility will bring some pressure to bear on the government to temper its spats with Europe and the West for fear of spooking international investors and further undermining the lira, but domestic political realities preclude meaningful rapprochement.

More broadly, Turkey continues to demonstrate how right-wing populists can ride anti-elite, anti-Western sentiment and incomplete democracy to secure near-absolute power. It will fall to Europe and the United States to decide whether to opt for accommodation or confrontation – Ankara’s path has been set.