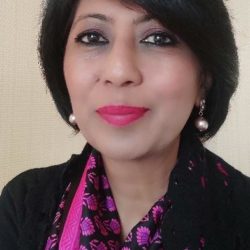 The war in Ukraine spotlights all that is wrong with the current state of multilateralism, as a permanent member of the United Nations Security Council has invaded another country. This bears testimony to an increasing disconnect and imbalance between global institutions and their outputs. And it shows a crisis of cooperation, raising questions about a growing irrelevance and legitimacy as the credibility of institutions, actors and processes have increasingly become contested.

The foundations of the current multilateral system were the outcome of the power equation in the aftermath of World War II, confirming consequential political bargaining. Increasingly, there has been a decline in the efficacy of these institutions with the broadening of the range of actors and the increase in formal and informal methods of cooperation. These developments are challenging the primacy of the UN system, and they highlight the unravelling of international cooperation. The crises in the existing multilateral arrangements span two decades already and have become more acute now. Fewer international treaties have been signed, there have been withdrawals from treaties, and the crisis of collective action was even more pronounced during the presidency of Donald Trump in the US, who sought unilateralism and questioned the very institutions that his country had created with other states. Even after participating in the Iran nuclear deal, the US withdrawal clearly undermined the group efforts to regulate and monitor nuclear activity.

In part, the building of informal networks outside the existing architecture of the formal institutions and its growing fragmentation has also weakened the UN system. This growing culture of ad-hoc and informal networks and diplomacy does not create a formal output, it is rather a limited exercise that keeps seeking to contain decision making to a small group. One can make an argument for the G20 that it is an expanded base of cooperation, however this argument still does not translate into a global mandate. The Indo-Pacific region is another example of ad-hoc approach, and the building of groups around selected interests such as the Quadrilateral Security Dialogue between Australia, India, Japan and the US (QUAD) and the trilateral security pact between Australia, the UK and the US (AUKUS). That Australia and the US are part of both groups confirms that states are hedging their bets on diverse groupings to guarantee them the best possibility to influence outcomes in their favour.

Coupled with the shift in the economic power of the different states that is producing a growing and complex interdependence, and the rise of non-state actors beyond the regulatory framework, these developments are drawing attention to the transformation in the nature of cooperation and collective action and the notion of global public goods. Decision-making has become disconnected from the rapid changes on the ground as was revealed by the role of the World Health Organization during the Covid19 pandemic. It showed how health had the lowest priority among the list of global public goods, leaving large sections of the world population still not vaccinated and vulnerable to infection. Not only has this underscored the crisis of cooperation in the very moment of the pandemic, but it has also raised fundamental questions on what is the best platform to address global challenges, build cooperation, reduce transaction costs, create stability and minimise disruption, given that growing plurality of actors.

The rise of multiple centres of gravity and the interconnected theatres of confrontation, first as seen in the war in Ukraine, which is pitting the US and Europe against Russia and second, the growing confrontation between the US and China all point to the fact that the UN Security Council (UNSC) has become more dysfunctional, and the five permanent members do not appear to share the same political perception of cooperation. The rules-based order has privileged a few states more than others, leading to a breakdown of confidence, trust and legitimacy.

The dispersion of economic power, the shift in the material power of certain states and the growth of non-state actors combined with the transformative role of technology is producing a larger dissonance and disruption than ever witnessed before in the global arena. The inability to address the power shifts comes in the wake of the major challenges posed by climate change, the global recession in the backdrop of the pandemic, migration and a weaponised interdependence that all require collective action. But the shift in the balance of power is not reflected in the current institutional architecture.

The UN system, and especially the UNSC which has the task of maintaining peace and stability, has failed to take action against those very states entrusted with the seat at the high table, as they violate the Charter. Be it the US in Iraq, or Russia in Ukraine, apart from resolutions, no strong action has taken place, revealing the weakness of the institutions. A negotiable approach to the violation or transgressions of sovereignty has given powerful states impunity to get away with violations of law. Every variable of cooperation at the international level has changed due to the Ukraine war, which has emphatically underscored the return of geopolitics and the articulation of national interest. The response of the EU has been a selective display of collective interest. The current crisis is even more acute due to the emergence of diverging interpretations of the Ukraine war in the West and in the Global South. The return to the balance of power and growing military expenditure confirms that multilateralism works best when everyone, irrespective of their power and influence, encounter the same consequences for violating the agreements. The baseline for cooperation is the buy-in into the system of all states with no exception, as that undermines the very objective of collective action.

The Western-shaped multilateral order is now facing contestation from a rising China that is positioning its economic influence to impact globalisation and change the status quo. In addition, the current model of neo-liberal economy and rising inequality has also produced a growing suspicion against the current structures. Divergent geopolitical considerations, political perceptions about growing regional challenges and prioritising national interest have disrupted the efforts of political, economic and security cooperation. As the material capacities of non-western states increase, the power disequilibrium in the current structure will become more acute. Similarly, as the transaction costs of cooperation have become uneven, an increasing political resistance from the Global South is becoming more visible. The current institutional architecture is unable to cope with the power shift and, therefore, cannot accommodate emerging powers, or manage power transitions.
The war in Europe is not only a return of history, it is also about the contestation of ideas with respect to the creation and maintenance of international institutions and regimes which define cooperation between states and also regulate their behaviour. The ongoing challenge has also brought to the fore that liberalism is not the preserve of the West. The idea of the liberal order being under threat is also a perspective pushed from the West so that the present status quo, which privileges a particular notion of global collaboration can be maintained. Multilateralism today has increasingly become a battleground of ideas about cooperation. What constitutes the right ideational base for collective action and cooperation, that is inclusive, equitable and without exception, is the biggest question on the table.