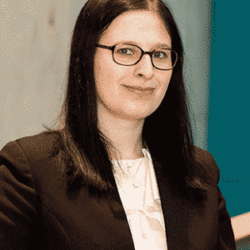 Across Western democracies, right-wing groups are following similar media strategies, claiming to be alternative and defining themselves in opposition to the establishment or the mainstream. It seems to be working

Much has already been said about the outcome of the presidential elections. Banalities such as “listening to THE people” (never defining who THE people are) was Trump’s big advantage. But like Laurie Penny points out in the New Statesmen, THE working class is also female, black, Hispanic, lgbtq – and the left simply cannot abandon them.

In both the USA and Austria, right-wing extremists have learned how to create and use social media in their favour. We can see similar traits in the media strategies of both Donald Trump and Norbert Hofer.

How the Trump campaign relied on right-wing media

After Trump became official nominee, his team immediately made use of the mailing list of the Republican National Committee, which contained about six million supporters. Trump had marketing entrepreneurs in his team set up a digital fundraising database and a social media campaign. The whole operation was called “Project Alamo“ and it involved about a hundred people. By using negative campaigning, Trump’s team aimed at liberals, young women and African Americans, discouraging them to vote for Clinton, especially in Florida. This strategy seems to have worked.

Additionally, Trump could count on a parallel sphere of media: websites publishing in his interest. One magazine that openly endorsed Trump was “Breitbart News Network”, a website founded in 2007 by Andrew Breitbart, who wanted to break with established media and planned to set up opposing narratives regarding politics. After Breitbart’s death in 2012, his successor Stephen Bannon shifted Breitbart’s alignment and in 2016 declared it “the platform for the alt-right”.  In addition to that, Breitbart.com also approves of right-wing extremist groups in Europe such as the ‘Identitarians’.

In August 2016, Trump made Bannon his campaign manager. This was a clear signal to the political far-right in the US. Breitbart now expects to profit from Trump’s victory set up offices in France and Germany, where it will openly support existing right-wing parties like the Alternative für Deutschland.

How the Hofer campaign relies on right-wing media

In Austria the right-wing media network is an integral part of each FPÖ [Freiheitliche Partei Österreichs] campaign. Blogs and online newspapers like unzensuriert.at or Wochenblick are very blunt about their intentions. For example, they publish articles questioning the health of the opponent and with crude allegations against refugees. They do not provide evidence but claim it to be “secret information” from someone “within”. Party leader Strache then shares the articles on facebook with comments like “interesting” or with his infamous facebook catchphrase “for your information“. It gets shared wildly. By the time it is corrected by serious media, there is another story published.

Trump, Hofer, the FPÖ and many other actors of the extreme right have one thing in common: they have realised that creating filter bubbles in social media is crucial for success. Therefore, they created their own media-channels, which they claim to be “alternative”, “rebellious” and “oppositional”. To other political actors such as progressive parties, it is very difficult to reach people who are already caught in filter bubbles. Therefore, progressives have to find new strategies to cope with post-truth campaigns and right-wing counter-media. Social media is a political battleground that should not be underestimated in its importance.