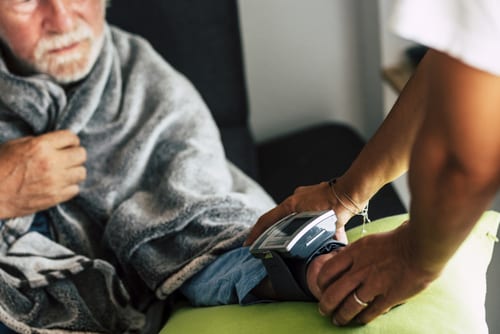 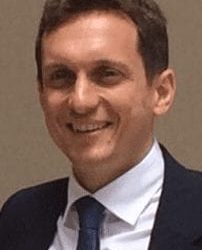 For all too long, the almost unchallenged consensus about macroeconomic policies was that monetary policy was only for short-term stabilisation and fiscal policy only for balancing budgets. Even the Centre Left had subscribed to this idea. On social standards, a race to the bottom followed, with decreasing investments in health infrastructure. In the wake of the COVID-19 crisis, we’ll pay the consequences. But more importantly, the nascent economic crisis has smashed to pieces the previous consensus: fiscal policy will be needed to support the economy, monetary policy will be as expansionary as possible – calming, rather than scarring the markets. The Centre Left needs to realise that the tide has turned.

“If at the climax of the play (…) there were a little hole torn in the paper sky of the scenery (…) his eyes would go straight to that hole, from which all sorts of evil influences would then crowd the stage, and Orestes would suddenly feel helpless. In other words, Orestes would become Hamlet. That’s the whole difference between ancient tragedy and modern, Mr. Meis, believe me, a hole torn in a paper sky!”. Luigi Pirandello, Il fu Mattia Pascal, 1904.

The COVID-19 pandemic is proving much more lethal than expected. The first victim are the people; the death toll is soaring to levels unthinkable for developed countries, only few months ago. The second victim is the economy; a terrible combination of demand and supply-side shocks will plunge the economy in a recession at least as deep as the Great Recession of the past decade. The third victim, then, are the ideas; a whole set of deep-rooted beliefs forming a well-established consensus about macroeconomic policies is falling into pieces. A hole in the paper sky of that old consensus is being torn, something more fundamental than a big crisis response is taking place.

During more than three decades, the world worked according to a quasi-unanimous consensus about macroeconomic policies, a consensus increasingly challenged by evidence, but still deeply embedded into most institutions and political parties. Monetary policy was useful only for short-term stabilisation and neutral in the long-run. Fiscal policy was just a matter of balancing the budgets, as no positive structural effect could arise from it; if anything, it could be detrimental because of crowding out of private investment and of expectations of higher taxes, according to the widespread belief in the famous Ricardian equivalence. Structural reforms were the only game in town capable of giving a real boost to the economy, through a wide range of measures, all resulting, at the end of the day, in a progressive reduction of the share of income accruing to labour rather than to capital. Globalisation, in the form of free trade and most importantly free capital flows, was the only fate for the world, the only path to progress and development.

At the beginning of the millennium, Joseph Stiglitz warned about the false myth of globalization requiring sudden financial and trade openness for developing economies, and explained that to succeed in this process, governments had to first protect their people and their business from the violence of free capital and trade flows, and open up only gradually in those sectors in which they were able to face competition. Otherwise the asymmetric distribution of the costs of globalization inevitably increases the number of discontents, as Lakner and Milanovic famously shown with their “elephant chart”.

That advice was unfortunately disregarded by the Left, especially in Europe, where most governments had to adjust their economic policies to the reality of a nascent, incomplete and unprecedented project of monetary unification. Tommaso Padoa-Schioppa explained better than anyone else did what that meant for the participating countries:

“In continental Europe, a large programme of structural reforms must include pensions, health, labour market, education (…) it must be guided by one key principle: weakening protection. (…) One hundred and fifty years ago, working was a need, good health was a gift from God, and care for the elderly was an act of pity (…) (In Germany, France, and Italy) the social model needs courageous corrections.”–

The Race to the Bottom

The race to the bottom, in terms of social standards, had begun. And the winner was the social-democrat German government led by Gerhard Schroeder, that managed to impose the deepest program of labour market reforms and wage moderation in Europe, keeping labour costs flat for more than one decade, therefore undercutting the other members of the monetary union.

Since then, the social-democrats of other European countries embraced that same project, in line with the so-called Washington Consensus, constantly trying to impose structural reforms to their reluctant electoral bases, and fully subscribing to the famous so-called Juncker Dilemma: “We all know what to do, but we don’t know how to get re-elected once we have done it”  said Jean-Claude Juncker, Prime Minister of Luxembourg and President of the Eurogroup in 2007.

There was no alternative, or at least there was no attempt to find one. The Great Recession challenged such a consensus, triggering an important shift and leading to macroeconomic policies aiming at boosting aggregate demand, rather than narrowly focussing only on the supply side. Unfortunately, one area of the world remained intellectually isolated, pursuing a short-sighted and counterproductive programme of deep structural reforms, harsh fiscal consolidation and delayed monetary easing: the euro area.

The world had changed: for the first time after WWII, it was exactly in the extreme scenario of prolonged deflation that John Maynard Keynes had in mind when proposing his advice. A widespread collapse in aggregate demand had generated a huge gap between what the economies were capable of producing and what the vast majority of the people were capable of buying with their income. Several factors contributed to reaching that situation, from an unequal distribution of income, to the permanent focus on boosting the productive capacity through extreme supply-side policies, to the mercantilist approach of some major global players.

Be that as it may, continental Europe disregarded the signals that something had changed, and kept following the Padoa-Schioppa’s recipe. To the surreal moment in which the socialist French President, subscribed to Say’s Law: in the midst of the most Keynesian state of the world, of subdued demand and huge deflation, with the whole global macroeconomic consensus being revised, François Hollande claimed that it was “the time to boost supply, as supply creates its own demand”. That was probably the culmination and the most evident proof of the intellectual failure of the Left in continental Europe.

At the same time, subsequent centre-left governments in Italy pursued the long-term task of immolating the welfare state to the fetish of fiscal consolidation. A quarter of century of permanent primary fiscal surplus, cuts on all kinds of investment, to the point that public investment during the past decade was not sufficient to even compensate the depreciation of the capital stock, weren’t inexplicably able to return the country on a decent and sustainable growth path.

But the pendulum of history had swung. People and leaders started calling for protection along national lines, rather than “reflex globalism”. It was just a matter of time before prolonged deflation claimed its revenge, in the form of central banks begging for some wage growth, supplicating for more expansionary fiscal policies. The whole world engaged in massive fiscal stimuli, aggressive monetary policies and structural policies which aimed to revert the path of falling labour shares of incomes. Almost the whole world, as continental Europe remained trapped in its Maastricht Consensus.

The most terrible health emergency since WWII will leave deep scars, on people, on the economy, but most of all on the intellectual myths on which the EU has been built. The question is whether the EU will find the antibodies to overcome its illness, rebuild its intellectual foundations and reinvent itself.

Let’s not fool ourselves, it is too late to persuade people that “another globalisation is possible”, maybe a good and a progressive one. The Centre-Left was fully engaged and adamant in pursuing those policies. It would be quite late to apologise and promise that from now on everything will be all right. Many people are dying and will die in the next weeks in Europe because the healthcare systems have been underfunded during the past two decades, because there are not enough beds in hospitals, and there are not enough stocks of medical products, disinfectants and other medical devices such as ventilators. All types of expenditures that the consensus on fiscal policies banned as detrimental for growth.

According to OECD Health Statistics, Italy and Spain have today less beds in hospital per inhabitant than China; France and Germany less than Korea or Japan. When the final death toll of the pandemic will be higher in Europe than in Asia, we may have to reflect upon these facts. There is no free lunch, and the stubborn subscription to wrong and obsolete macroeconomic myths will not be for free. Its cost can be measured in unnecessary deaths.

The End of an Era

In few days, under the COVID-19 attack, that old consensus has fallen into pieces. Fiscal policy is suddenly necessary to support the economy and avoid permanent scars on the productive capacity, to the extent that the EU’s Stability and Growth Pact has been suspended and countries will run fiscal deficits unseen before. In the US, it will even send direct checks to people. Monetary policy will be as expansionary and unconventional as possible, reaching (and probably crossing) the limits of monetary financing, as the fiscal-monetary separation is fading away. Structural reforms are suddenly forgotten as the key to economic growth, leaving ground to simple, old-style, but well-known, direct income support for people and businesses. And all this, rather than scaring markets, is what is calming them down.

Thirty years ago, the Centre-Left missed the train of globalization and of the neo-liberal revolution. Since then it put all the efforts in trying to catch up, to the point that today, that the pendulum of history has shifted, it might miss yet another train, which is moving in the opposite direction.