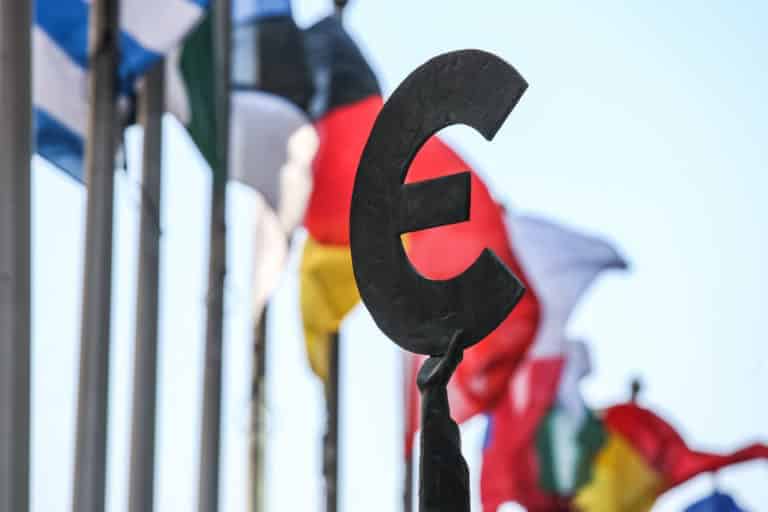 Weak growth in the euro area has been primarily caused by the crisis in Southern Europe, where, since 2009, gross domestic product (GDP) has fallen in Greece, Spain and Portugal and grown only minimally in Italy. New growth and cohesion require different national strategies and European policies and institutions.

Contrary to widespread belief, it was neither profligate public spending nor a decline in price competitiveness that caused the crisis in Southern Europe. Current account deficits resulted from rising imports driven by expanding internal demand, not from weak exports. World market shares did not decline, and export growth was actually stronger than in Germany. The structural weakness has been high import elasticity and a low-wage specialisation pattern, which suffered from new competition from China and Eastern Europe. The problem that was exposed or created by the global financial market crisis was the overstretched balance sheets of the national banking sectors.

The economic policy goals of the creditor institutions (budget consolidation, internal devaluation and growth) and the policy requirements based on them aimed at the wrong problems and are not consistent, let alone mutually reinforcing. In fact, they are contradictory and responsible for the continued weak growth. Lowering wages leads to lower government revenues and budget cuts dampen growth.

New growth should not be based only on current account surpluses, but also on stronger domestic demand including an expansion of the non-tradable sector. In a monetary union, current account imbalances are irrelevant as long as the banking sector works normally. Profitable projects geared towards the domestic market, such as housing, are perfect investments for the savings of surplus countries in a currency union. The necessary funds would normally be channelled through the banking system (as they were until the financial market crisis) or via expansion of the money supply by lending from the national central banks to the local commercial banks. Public debt in deficit countries will provide a sustainable return on investment for the banking sector, too, as long as the underlying economy grows nominally faster than the interest rate. In a general crisis (as in 2008/9), the ECB has to stabilise financial markets in order to prevent the undesirable equilibrium of excessive risk aversion towards (public) debt and corresponding disproportionate interest rates. Fragile banking sectors and, particularly in the case of Greece, the threat of national insolvency and an exit from the euro, prevent a recovery.

The countries of Southern Europe need to upgrade their export specialisations. Rebalancing external trade requires an upgrading of the tradable sector (including tourism) rather than lower wages. This involves long-term structural policies such as vocational training, better qualification of workers (and the unemployed), and higher spending on research and development. Measures to promote import substitution (energy in particular) are even more important than policies to promote exports, since the cause of the pre-crisis current account deficits was strong imports rather than weak exports.

Growth is wage-led in most EU countries. This implies stable real unit labour costs at the least. Given the long-term decline of the wage share in many countries, there is even distributional space for higher wage growth. Public policy can provide guidance by setting public sector wages and statutory minimum wages. Wage restraint is a poor and harmful way to restore competitiveness and reduce current account deficits.

Government spending is not a drag on economic growth but an integral part of it. The redistribution of income stabilises demand by dampening savings in the richer strata of the society. Public spending on education, health and infrastructure increases private sector productivity in the long run. It should not be constrained by limits on budget deficits and public borrowing. The fiscal “golden rule” is a far better guide for regulating public finances.

On the European level, the ECB needs to both continue and strengthen its unconventional monetary policy. The euro area needs a proper treasury with the capacity to run an active fiscal policy and to finance an appropriately large European investment programme. The European Fund for Strategic Investment (EFSI) is too small and should also be better targeted towards promoting growth in Southern Europe. The strategy needs to focus on rebalancing the external accounts by promoting exports and import substitution in deficit countries. The decline in public investment has to be reversed. The EU should temporarily tolerate national industrial policy measures, including promoting import substitution, even if they violate competition rules.