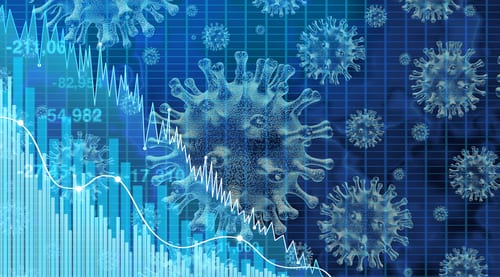 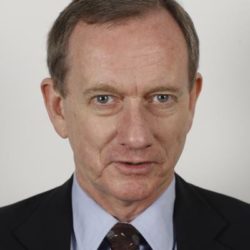 Two themes will dominate EU policymaking over the next few years: the medium and longer term ‘green deal’ and the much more immediate imperative of an effective response to the Covid-19 economic crisis. Can they be reconciled or does the one risk crowding out the other at a time of severe pressure on public finances?

At one level, the answer should be a resounding ‘yes – they can be reconciled’. A fiscal stimulus is a macroeconomic policy instrument designed to shore-up aggregate demand; precisely how the spending is targeted ought to be a second-order matter. Consequently, projects associated with climate change mitigation or other environmental projects can be just as effective as other forms of spending in boosting demand. However, the details will matter in at least three distinct respects.

The first, and arguably most important, is timing. A fiscal impulse has to act quickly to be effective in restoring aggregate demand during a steep downturn. Cash in the pockets of consumers will do this, but a project that takes a considerable time to move from plans to realisation may take too long. Some, possibly many, of the ambitious projects envisaged as part of the green deal at the heart of the European Commission’s work programme and central to the proposals in the recovery package announced on 27 May by Ursula von der Leyen – to be known as ‘Next Generation EU’ (NGE) – risk being too slow.

Second, the spending has to target areas of deficient demand and help to avoid divergences in economic activity in different parts of the economy. In parallel, spending which stays within the target economy, rather than leaking to elsewhere will have a greater impact. That said, expenditure on both climate change initiatives and recovery from the covid-19 economic crisis is likely to have significant cross-border externalities, promising mutually beneficial effects.

“The question is whether the balance between ‘repair’ and ‘prepare’ is well-judged.”

A third, more subtle, condition for success is whether Keynesian spending can also yield enduring benefits for the economy, including by contributing to economic sustainability – in its widest sense – and resilience against future risks. This notion of, to use a well-known metaphor, ‘hitting two birds with one stone’ is evident in the Commission’s NGE plan which goes to considerable lengths to stress its salience for coming generations. This focus is captured in the sub-title of the Commission Communication: ‘repair and prepare for the next generation’. The question is whether the balance between ‘repair’ and ‘prepare’ is well-judged.

The recession now affecting all of Europe – and much of the rest of the world – has the unusual characteristic of being a deliberate policy choice aimed at containing the spread of Covid-19. In an initial phase, the policy response has sought to limit the damage caused by the lockdown by supporting business unable to trade, maintaining household incomes and preventing disruption of economic relations. Rent and mortgage repayment holidays, tax deferrals and the many other initiatives are intended to mitigate the scarring effects of the decline in GDP.

As the lockdown is eased, the policy emphasis will need to shift rapidly towards more conventional Keynesian policies. Many national treasuries will have used up spare fiscal capacity and some will have increased debt to potentially unsustainable levels, making an additional fiscal boost hard to achieve or risking it being unbalanced. The threat here is of those most in need being least able to afford further fiscal action, and those with the capacity to act being least in need of doing so.

“There is reference to a ‘focus on creating jobs in construction, renovation and other labour-intensive industries’, certainly the right approach to bolstering employment. But it needs to be reinforced by a criterion of immediacy:”

The proposal from the Commission to spend 500 billion Euro through the NGE, in addition to the Multi-annual Financial Framework, undoubtedly puts substantial resources on the table. There will clearly also be pressure on recipients to give priority to climate change initiatives, with a reference to the principle of ‘25% of the budget spent on climate investments’. However, how much of this will be the kind of short-term spending required to stimulate the economy now is not explained. There is reference to a ‘focus on creating jobs in construction, renovation and other labour-intensive industries’, certainly the right approach to bolstering employment. But it needs to be reinforced by a criterion of immediacy: small scale projects which generate income now have to be a first priority; and there should be caution about grand green infrastructure projects which take years to materialise.

The combination of the new MFF plans and the grants component of the NGE is around 10% of 2019 EU GDP. Add in the 540 billion Euro for loans to cushion the shock of the covid-19 economic crisis already agreed by the European Council and the further 250 billion Euro of loans announced in the NGE package and what the EU is proposing amounts to a very large fiscal stimulus. But the MFF is spread over seven years and it is not yet clear how quickly some of the NGE grants can be mobilised and over what period they will be spent.

Whether these plans come to fruition is open to doubt as they will face strong opposition from the ‘frugal four’ group of net creditors – Austria, Denmark, the Netherlands and Sweden. They published a ’non-paper’ in response to the Franco-German proposal which, while acknowledging the need for a rapid collective response, insists that the NGE must be in the form of loans, not grants. They also reiterated their well-known demand for a smaller MFF.

The fact of German backing for the Commission plan is politically crucial and will leave the frugal four looking exposed and out-dated. However, the reactions of the Visegrad four will also be pivotal, especially that of Poland which has reservations about aspects of the green deal and objections to bringing ‘rule of law’ into the proposals. Other Eastern-European Member States will be uneasy about the expected bias towards richer Southern Member States in NGE spending.

Nevertheless, two strong messages should be stressed. First, the EU needs effective action from Brussels to deal with the devastating economic consequences of the Covid-19 crisis. Second, soundly judged EU expenditure can achieve the ‘double dividend’ of contributing to resolving the economic crisis while also advancing green goals: they are not mutually exclusive.