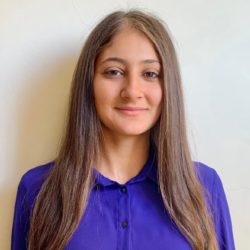 Cypriot voters have enduring political opinions and thus long-standing loyalties to a particular party. Voting habits and political beliefs are formulated in childhood and are often affected by the family’s political opinions. Politics generally revolve around the ‘Cypriot problem’, but in this year’s elections the main discussion focused on corruption and widespread disaffection with mainstream political parties, which lead to increased support towards smaller parties.

Research on voting patterns demonstrate that voting habits are formed early in life and tend to be lifelong. According to the studies of Joshua Tucker, a professor at New York University, drawing upon the work of Mark Franklin, if you vote for the first three elections for which you are eligible, it is more likely that you will continue to vote. A single failure out of three to do so, however, will result into lower interest for voting participation in elections in the future. On the other hand, according to Franklin, if young voters begin their life with no intention of voting in general, they are less likely to vote for the rest of their lives.

In the case of Cyprus and despite Dr Franklin’s theory, however, participation seems to be rather driven by how much the issues at stake matter to potential voters and by their estimation on whether or not their vote will have an impact on the election result.

Voting habit is not the only norm that tends to develop at an early age. Ideologies and political beliefs can be formed during youth as well. Parents’ political views have a tremendous influence on youth’s voting patterns. Political discussion at home with parents participating in political activities will influence young individuals’ political beliefs. Parents might be the ones who introduce their children into politics and thus add bias to their political views and vote. If a parent has implanted in a child’s mind that voting is their duty and responsibility, s/he is more likely to vote.

Unfortunately, if parents are disappointed with politics, as they appear to be in Cyprus, they will fail to pass that sense of responsibility to their children. In fact, abstention from the parliamentary elections is constantly growing. While in 2001 turnout for the Cypriot House of Representatives elections was 91.75 per cent, it was only 66.74 per cent in 2016 and 65.73 per cent in 2021. Even though not significantly affected by the ongoing Covid-19 pandemic, a percentage of 34.3 per cent abstention is extremely high and shows Cypriot voters’ disenchantment with Cypriot political parties.

Doubtless, there are also young people who vote differently than their parents, but uniformity with parents’ voting habits seems to be the norm in Cyprus. Indeed, voting the same as their parents is what has preserved parties’ consensus through time, as confirmed by general election results. Cypriot voter can be ‘predictable’ and maybe for this reason mainstream political parties have managed to preserve their basis throughout the years. Cyprus has very few ‘floating voters’ and most voters are considered lifelong loyal to a particular party.

The ‘Cypriot problem’ is voters’ key concern. Or not anymore?

In Cyprus, people’s primarily concern is the ‘Cypriot problem’. Due to the high number of Cypriot refugees who were forced to leave their homes in 1974, politics in Cyprus nearly exclusively revolve around the matter of the occupation. Consequently, Cypriot voters tend to support the party whose position on the Cypriot problem coincides with their own views, rather than voting a party for its ideology or other policies.

Surprisingly, the situation changed in the 2021 election. The back-to-back corruption scandals that implicated high-level incumbents have induced people to disregard their ‘traditional’ votes and beliefs and has consequently led to an unprecedented alienation of voters. It seems that Cypriot voters have turned their back to the top three parties who were the traditional centres of power, which have in fact lost a noteworthy number of voters.

The centre-right DISY (Democratic Rally) gained a 27.8 per cent of the votes and the communist-rooted AKEL (Progressive Party of Working People) a 22.3%. They suffered respectively a loss of 2.9 per cent and 3.3 per cent compared to previous elections, but maintained the first and second places. At the same time, the centrist DIKO (Democratic Party) ranked third with 11.3 per cent of the votes compared to 14.5 per cent in 2016 experiencing a decline of 3.2 per cent.

The vote had been contested by 659 candidates from a record number of political groups. The smaller parties and the new parties that were established more recently centred their election campaigns on the need to introduce anti-corruption measures. A strategy that was appreciated by the voters, eventually breaking the pattern of the ‘predictable vote’. This major change was largely due to the anger that mounted within the community for the malpractice of government officials and that led people to cry for the elimination of corruption.

In general, it seems that the smaller parties were the ones that gained the most. The socialist/centre-left party EDEK (Movement for Social Democracy) managed to raise its support by 0.5 per cent (compared to the 2016 elections) and gained four seats in the Cypriot parliament (one more than in the previous elections). However, for the first time since Edek run for parliament in 1970, it fell to the fifth place because of a razor-thin margin of around 200 votes.

A centrist splinter group DIPA (Democratic Front, brought about by a split within the Democratic Party) made also significant gains in the recent general elections, as this was the first time they run and manage to get a total number of four seats in parliament.

Finally, ELAM (National Popular Front), a far-right party anti-migrant nationalist party and an opponent to an inclusive agenda, made the most notable gains nearly doubling the percentage of votes compared to the 2016 elections and reaching the fourth position. The party has well-documented ties to the now outlawed Golden Dawn, a former fascist party in Greece.

About 15,000 voters cast their votes in favour of smaller parties that ended up not gaining any seats in the parliament.

The data that have been presented above seem to confirm that Cypriot voters acknowledged the mistakes made by the traditional political parties and in this way finally broke the ‘vote of lifelong loyalties’ or ‘voting the same as their parents’ patterns. Yet, the shift to the far-right is a very concerning trend that calls for solidarity against such extremist ideologies.