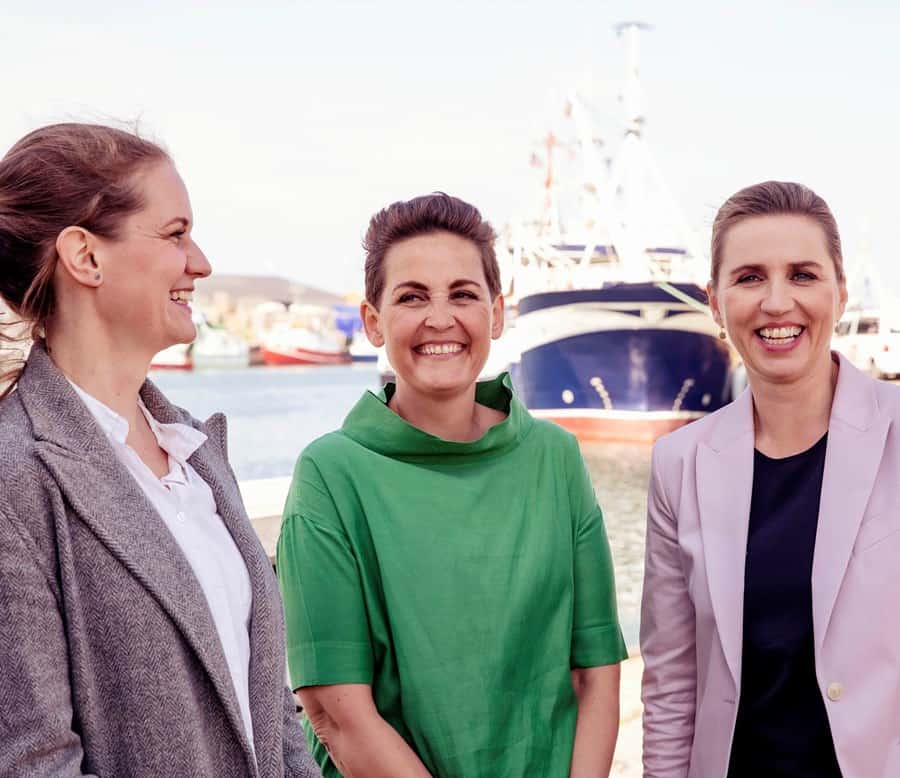 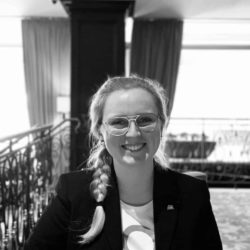 The progressive, welfare oriented parties won the Danish general election on June 5th. An understanding between the four centre-left parties has been reached, making it possible for the Social Democratic party leader Mette Frederiksen to form a one-party Social Democratic minority government and become the country’s youngest ever Prime Minister.

The centre-left won the Danish general election undisputedly, granting the four centre-left parties 91 seats out of the 179 in Folketinget, the Danish parliament – against the 79 seats for  the seven centre-right parties, and leaving both the five seats of the green party Alternativet and the four North Atlantic seats (two from Greenland and two from the Faroe Islands) out of the equation.

There was no doubt that Mette Frederiksen, leader of the Danish Social Democratic party (Socialdemokratiet – SD), should be the first to try and form a government. But there was quite some doubt – both in the Danish media and among the other parties – on whether she would succeed.

Only one week into the election campaign, Prime Minister Lars Løkke Rasmussen (Venstre – conservative-liberal) released a book in which he aired the idea of a “government across the aisle” – a sort of “grand coalition”, with Venstre and Socialdemokratiet. This “grand coalition” has only existed once before in Danish history, in the late 1970s, and only lasted 14 months. The idea to try again was strongly opposed by Mette Frederiksen and the entire party.

Late Tuesday night the 25th of June after almost three weeks of intensive negotiations, Mette Frederiksen could present a “paper of understanding” agreed upon by the four centre-left parties. Wednesday, Mette Frederiksen made her audience with the queen and Thursday she presented her new government – with herself as the youngest ever Prime Minister of Denmark and an average age of 41,8 years among the ministers.

With 48 seats in parliament, the SD is supported by the Danish Social Liberal Party (De Radikale, 16 seats/ ALDE-renew Europe), the Socialist People’s Party (SF, 14/ Greens) and the Red–Green Alliance (Enhedslisten, 13/ GUE). Their common understanding however, is not to be understood as a government coalition – it is somewhat less binding. But it might be the most green vision vision of any European government and it is indeed progressive.

The agreement includes: a reduction of 70 percent in greenhouse gas emissions (compared to the 1990 level) and an end to selling diesel and petrol fueled cars by 2030. The rules for social benefits will be changed in order to combat child poverty and economic inequality and dental care should be much cheaper – preferably free of charge – for the most vulnerable groups in society. And the government will invest in psychiatric hospitals, employ more health care personnel and secure a minimum amount of pedagogues in daycare.

Albeit the “paper of understanding” is agreed between four centre-left parties, the government only consists of the SD. Danish democracy is characterised by ‘negative parliamentarism’ (the government cannot have a majority against it, but does not need to have a majority in favour of it) and multi-party governments are normal, but it is not unseen to have a small one-party government supported by several other parties. By this means, the parties supporting the government party keep their freedom, to not vote in favor and sometimes to vote against on specific topics. This was the plan of Mette Frederiksen from the beginning, as it would make her more agile – cooperating with the left on welfare and climate issues and with the right on migration.

The Danish migration policy was certainly the one topic of government negotiations where SD found themselves furthest apart from their partners.

The position of the SD on migration policy has since Mette Frederiksen’s election as party leader in 2015 moved closer and closer to the centre-right parties. During the time in opposition, from 2015 to 2019, the SD voted in favor or not against several controversial proposals from the centre-right government, like the “Jewelry law”, allowing border guards to confiscate personal belongings to “pay for the stay in Denmark”, or the “handshake law”, making it illegal not to shake hands at the Danish citizenship ceremony. But at the same time they presented a coherent proposal for a new migration policy with strict entry control on one side and the capacity to provide those who do enter the country the same financial opportunities as everybody else in Denmark on the other. At the same time, massive investments in Africa and the Middle East are a cornerstone of the coherent proposal.

The Danish migration policy was certainly the one topic of government negotiations where SD found themselves furthest apart from their partners. Looking at the election results, however, there was a clear majority for welfare investments on one side – the four centre-left parties – including the SD – with 91 out of 179 seats, but at the same time a clear majority for continuing the strict migration policy of the previous government, or even tightening it further, with 127 out of 179 seats, counting the 7 centre-right parties plus the SD.

On the other side, the agreement includes several points on migration which are received by the Danish media as concessions by the SD to their centre-left partners: Denmark will again receive UN quota refugees, a new centre for families with children who are denied asylum in Denmark will be established, and the plans of an “exit centre” on an island in Denmark is rejected. Seen from a party perspective, these are smaller concessions, but if Mette Frederiksen is to be believed, the party position in general has not shifted.

Gender equality: not an issue in Denmark…

One thing that the newly formed government has already been criticised for is the lack of women. Out of 20 ministers, only seven are women (including the prime minister). And gender and equality do not take up much space in the “paper of understanding” either. Four lines stating that the new government will work towards greater gender equality and initiate new consent based rape-legislation.

Denmark is the only Nordic country which has never had 40% or more women in parliament. After this year’s election, the female representation in parliament is the highest ever, with 39,1%.

The young Social Democrats have shown what hard work and close cooperation with the leaders of the mother party can lead to.

What the government does not deliver on gender equality, it seems to atone for on youth participation. Not only is Mette Frederiksen the youngest Prime Minister ever in Denmark, she has a strong background from the Danish Social Democratic Youth (DSU) and so do several of her newly appointed ministers. So many that the former advisor of Prime Minister Helle Thorning-Schmidt, Noa Redington, tweeted “Denmark has its first DSU government”.

But the youth impact is not only visible among the people of the government – the impact is high on the political agenda of the government as well. On topics spanning from retirement age to social responsibility for private schools, from dental care to mental health and from ambitious climate action to investments in education the young Social Democrats have been victorious.

The young Social Democrats have shown what hard work and close cooperation with the leaders of the mother party can lead to. Now comes the time to deliver on the promises for the new and young government.