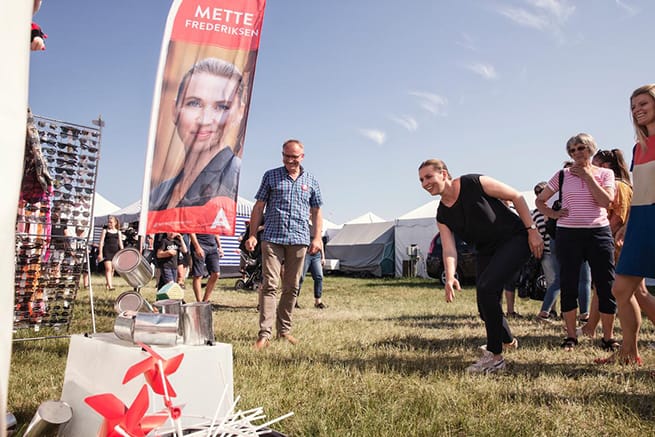 Perhaps the script of Shakespeare’s Hamlet should be rewritten: Something interesting is happening in Denmark! Voters leave the populists, and some of them move to the Social Democrat party. Soon, Denmark may have a Social Democrat government, built on a centre-left majority.

The spring of 2019 is an exhausting season for parties and voters in Denmark, with national elections coming up right less than a week after the European elections, on the 5th of June.

In Denmark, voters gave 54% to the centre-left parties in the European elections, leaving approximately 43% for the right and centre-right parties. This happened not least because the populist Danish Peoples Party lost half of their voters compared to the last European elections, ending with approximately 11.%. Another result was that the “No-to-the-EU-list” lost their mandate in the European Parliament, for the first time in 40 years.

The Social Democratic party seems to have moved voters from the Danish Peoples Party with stricter policies on immigration and refugees and at the same time by moving to the left with more traditional positions on economy and welfare.

The wish to rebuilt trust amongst traditional voter groups of the Social Democrats is a key to understand those changes.

Time will tell if this strategy is a viable receipt for success or if it’s also a catch-22 where the winning back of voters from traditional working class and lower middle class comes with a substantial loss of what could be called more longer educated and creative class voters.

Denmark had its last centre-left government 2011–2015. A government that struggled with the economy in the aftermath of the financial crisis. Substantial cuts were made in the pension and unemployment systems while company taxes were cut. A number of those policies were the opposite of what the Social Democrat election manifesto of 2011 had promissed. The change in policies was a result of an internal compromise within the centre-left coalition where a small social-liberal party with a neo-liberal’ish economic agenda was decisive for forming a majority.

The wish to rebuilt trust amongst traditional voter groups of the Social Democrats is a key to understand those changes.

The compromise was a government manifesto underlining that “this government will continue the economic policies of the former (conservative-liberal) government in its broadest sense”. The then Social Democrat leadership framed it as the policy of necessity and said it embraced the competition state as the next step in the development of the Scandinavian welfare society.

The election in 2015 was lost. The populist Danish Peoples Party won over 20% by criticising not only the policies on immigration and refugees but also claiming that the party would be the social consciousness of the right wing. That result ensured a right-wing majority and remarkably those elections took place before the move of refugees from Syria to Europe.

Mette Frederiksen took over as party chairperson of the Social Democrat party immediately after the loss in 2015. Bit by bit, she has changed positions to stricter policies on immigration and refugees and to the left on issues like higher spending in pensions, improvement of the welfare society and economic equality. One could say that it has been a return to policies you would expect from Scandinavian Social Democrats.

Frederiksen’s new policies on immigration and refugees imply that the party supports the same ideas as the centre-right block and, in most regards, as the Danish Peoples Party. The main point is that the number of immigrants from non-EU-countries and refugees is decisive for the possible success of integration and after 2015 there is no room for an increased influx to Denmark if integration is to succeed. This policy is balanced with proposals for a massive assistance to the countries and regions of origin of the refugees and immigrants.

All in all, this well-crafted change of profile may attract traditional voters but may also lead to other voters leaving the Social Democrats for other smaller parties of the centre-left.

Today, the one richest percent of the Danish society makes 11% of the total income.

About a week ahead of the general elections the opinion polls show a likely victory of the Social Democrats and the other four centre-left parties. A victory that will be based on voters shifting from the Danish Peoples Party to the Social Democrats.

It this succeeds, the first step is taken for more progressive policies in Scandinavia, but the next step is then to compromise with the rest of the centre-left without risking the carefully built new trust amongst the traditional working class and lower middle class.

So far it seems to work, with the strategy of leaving election strategies of triangulation and liberal economic policies and instead establish a strong package of policies more in line with the brand of the Social Democrats.