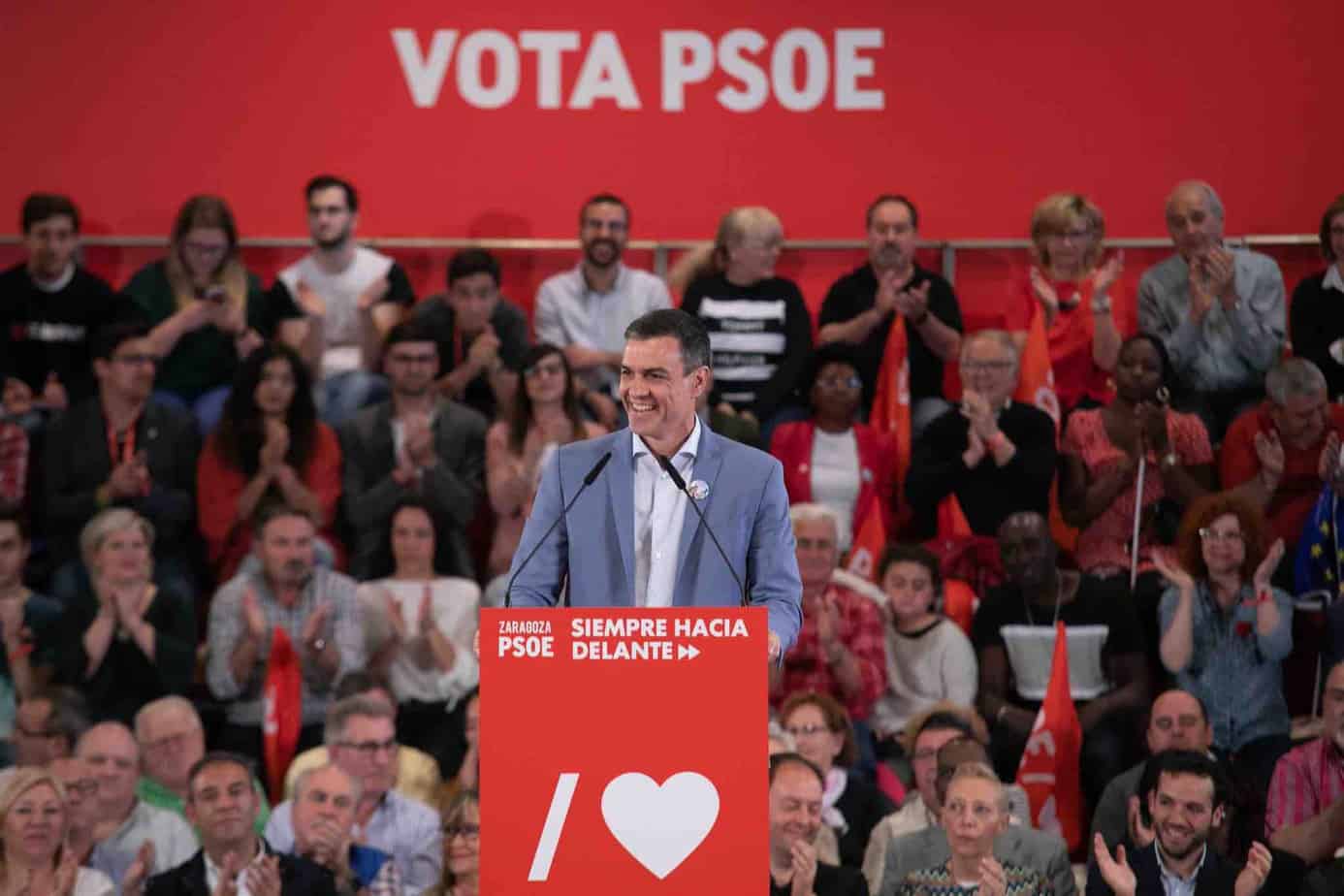 The results of the recent elections in Spain had been awaited with a great excitement. Particularly, because the country was portrayed as immensely divided, with many tensions, regarding separatists as well as an anti-democratic movement. The name “VOX” had been causing a chill on the Iberian Peninsula, but also across the continent – as a possible revival of tendencies that had caused so much of hardship and bloodshed in the country’s past, tearing it away from the rest of the uniting continent for so many decades.

When the day finally came, the doomsday scenarios turned out to be far from reality. Spain entered the electoral evening in a totally different mood than expected –the cheerful crowd gathering in front of Ferraz was a proof that something important and extremely positive happened. Something that the Progressive Europe should pick upon in their on-going European campaign, daring to hope to reach beyond the horizon of the predictions ahead of the European vote a month later.

Of course, one could argue that one swallow doesn’t make the summer and that there are still so many variables that can prevent social democrats from emerging victorious on 26th May. But at the same time the elections in Spain have been quite instructive and the inspiration should come particularly from three trends that could be observed in Spain and that aren’t unlikely to be repeated on the level of the overall continental vote.

First, there were all the reasons to be cautious in terms of expecting a high turnout. It was the 3rd general election in the last four years, whereby also Spain has been the country in which people have most frequently in the last decade chosen to express their views rather next to the political and partisan system. Examples of those were the movement 15M and Indignados, which may be already forgotten, but which had a qualitative and quantitative impact on both the composition and the agenda of the contemporary Spanish politics. Against those odds, the turnout was the highest since 1996 and the votes casted were not at all mainly protest or anti-systemic votes. They were an exposition of the end of the permissive consensus – that yes – but at the same time they have also been mobilised to extend the mandate to Pedro Sánchez and PSOE. As governing force, they stood up and became a symbol that a different kind of politics was possible, which simply resonated.

Secondly, naturally many would claim that the result was also an outcome of fear that the voters had, thinking about the potential gains of VOX. Indeed, the party is quite frightening, seen the audacity with which they permit themselves to articulate anti-immigration and anti-feminist messages. And it is worrisome that they raised quickly enough to obtain support from every tenth voter. While this is of course to ponder, still they have not reached the extent that was foretold and also now, in the weeks of complex negotiations to form a government, they are unlikely, if not absolutely excluded from playing an important role. In other words, the causes of their emergence should be analysed and addressed, but at the same time they are most fortunately not a game changer just yet – which would suggest that there is a time to take on and win a political battle against them.

Thirdly, the elections had to be called after the failed attempt to vote a budget. Because of the circumstances mentioned above, it was a brave thing to go for that option. While PSOE was in charge of a minority government ahead of the vote, it took the challenge with an incredible modesty. They were focused on their agenda and what they would like to do, at no time showing any kind of arrogance or diminishing behaviour towards others, even if the electoral campaign of PP was a disaster and a potentially easy target.

This transcended and people did respond to his call, supporting him and his party in a fight to defeat reactionism and authoritarianism.

The platform of PSOE was based on the bold governmental achievements (such as the one regarding the minimum wage) and the call for a fairer Spain hidden under the electoral slogan ‘Let’s make it happen’. It showed the readiness to take responsibility, as also stood for the kind of politics that Pedro Sánchez has been the embodiment of –based on progressive values, on respect for people’s vote and bringing ahead a reassurance that another world would actually be possible. This transcended and people did respond to his call, supporting him and his party in a fight to defeat reactionism and authoritarianism. They believed in it, as they did in his very modern style of leadership, which balanced humane emotions with decisiveness.

These three observations are most instructive for the ongoing European campaign, which in Spain had partially started together with the national one. Indeed, Frans Timmermans has visited Spain frequently and took part in all the main rallies, making the connection even stronger. Taking the inspiration from what the 28th April was about therefore, Progressive should reach finish remembering: the fight is epic, as it is about a different quality of European politics; the polls are just polls – and already today they look so much different than at the beginning of the European race. The problems are to be faced and addressed, without giving into fear or doomsday scenario; and finally: the key in winning lies in confidence that one can carry on the responsibility as leader. Hence, dear Progressives, look back at Spain and look forward at the EU, simply daring to hope!