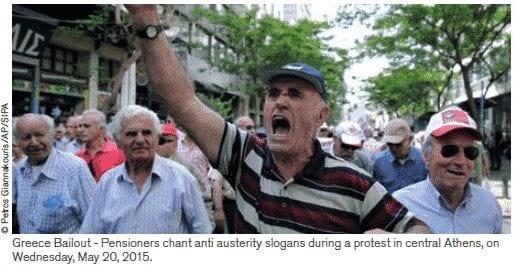 We know that the quality of work defines in so many ways the quality of a society. So we must begin by helping the working poor step out of poverty and informality into quality livelihoods, self-employment or a formal job. And that’s what our policies should be about: keeping people moving into progressively better jobs with living wages, respect for workers rights, non-discrimination and gender equality.

I’m someone inspired by the European ideas and the way Europe put itself together after World War II. However, I see with deep sorrow the situation in the EU countries nowadays: poverty, inequalities and a fiscal consolidation that stands above citizens’ rights.

Europe has done a number of outstanding things. The European Union was based on peace, on European integration and the values of the Schuman declaration, something unthinkable a few years before, in the middle of the war. The EU fostered regional institutions that didn’t have any equal in the rest of the world, the creation of a middle class, and development for the countries. The origin of the EU is quite extraordinary in value terms: the value of peace, wellbeing, and generating a Europe where countries that were once behind the others could now stand at a similar level. That was done because the right policies were put in place; values are there, at the core of Europe’s history.

However, since the 1980s decade, everything changed. At the beginning of the 80s, that vision of the European model confronted with the neoliberal doctrine whose way of thinking lies on market and believing that the welfare state is not important. Neoliberalism has played a central role in the way the economic crisis has affected European countries, especially during the sovereign debt crisis. Greece, Portugal, Spain, Ireland and Cyprus have been under bailout programmes and had to agree to a large list of so-called reforms, actually known as austerity measures, that directly affected its citizens.

Are we on time to change neoliberal politics? With Latin America as an example, European countries should renegotiate their debts, enforce fiscal order and set into place immediate stimulus growth policies. These things together would visibly help to come out from the crisis, with a different social impact in the end. Meanwhile, the key question is what kind of society do we want for the future. One of the things that shock me the most is Europe’s figures: first, the at-risk-of-poverty rate in Europe, which is around 17%. Secondly, according to Eurostat, people who believe in democracy are only around 30%. If we look at the policies applied, not only during the crisis, but since the 80s, then we can understand why people are loosing faith in democracy. It’s time to sit down and think. Europe can’t continue with these policies, and these figures now show their consequences. Does Europe have the capacity to rethink itself? Yes, but it needs political leadership. It’s time to care for human beings, people, families and communities. In terms of policies, the neoliberal vision has overvalued the capacity of the market to self-regulate and has undervalued the state of public policy and the capacity to think beyond the market. It has devalued the dignity of the world and the importance of social protection.

Decent work is a source of personal dignity. It improves itself through work, it gives dignity; it gives the opportunity to have stability within families. A community that works is a more peaceful one. The curse of precarious and poorly paid work has been at the core of the International Labour Organization (ILO). In its last report, published in mid-May, the organisation warned about the increase of precarious employment, which undermines up to 3,6% of the world’s GDP. According to ILO, there are more people unemployed in the world now than in 2008, when the economic crisis started, with a total of 201 million people. A society where too many people have precarious jobs is not perceived as a good society. The key thing we could do with the ILO is saying how a sustainable company should be. It was complex, but we drew a number of unanimous conclusions in 2007 as regards to what we understood a sustainable enterprise is, from the governmental, employers and workers points of view.

During the Latin American, Asian, Russian, and Turkish crises, we have seen that the IMF has always given a neoliberal-inspired solution: countries should have a fiscal balance in the medium term, within a reasonable period of time. But what normally happens, like today, is that the period has actually become very short. Experience shows countries need the contrary: when there is a crisis, the country can better manage policies that can stimulate investment when it can work in the medium term. In the EU, a specific plan for investment was not proposed until November 2014, the so-called Juncker Plan, seven years after the economic crisis began. Latin America came out of the crisis quite fast, but Europe didn’t. Why? One of the reasons is that Latin America enforced policies like the renegotiation of the debt, while investment, job creation and social protection were applied. It was the first time we didn’t apply neoliberal policies.

If we continue with this type of globalisation inspired by neoliberal policies, we will continue with inequalities and problems. We need a fair globalisation, which is there for all. The one imposed today has brought lower quality of work, lower wages, less unemployment benefits and a worse social protection. When we see these figures it means that decent work has not been at the core of globalisation. We can have a better globalisation that the one we have now. The key element is to regarde dignity of work as fundamental.