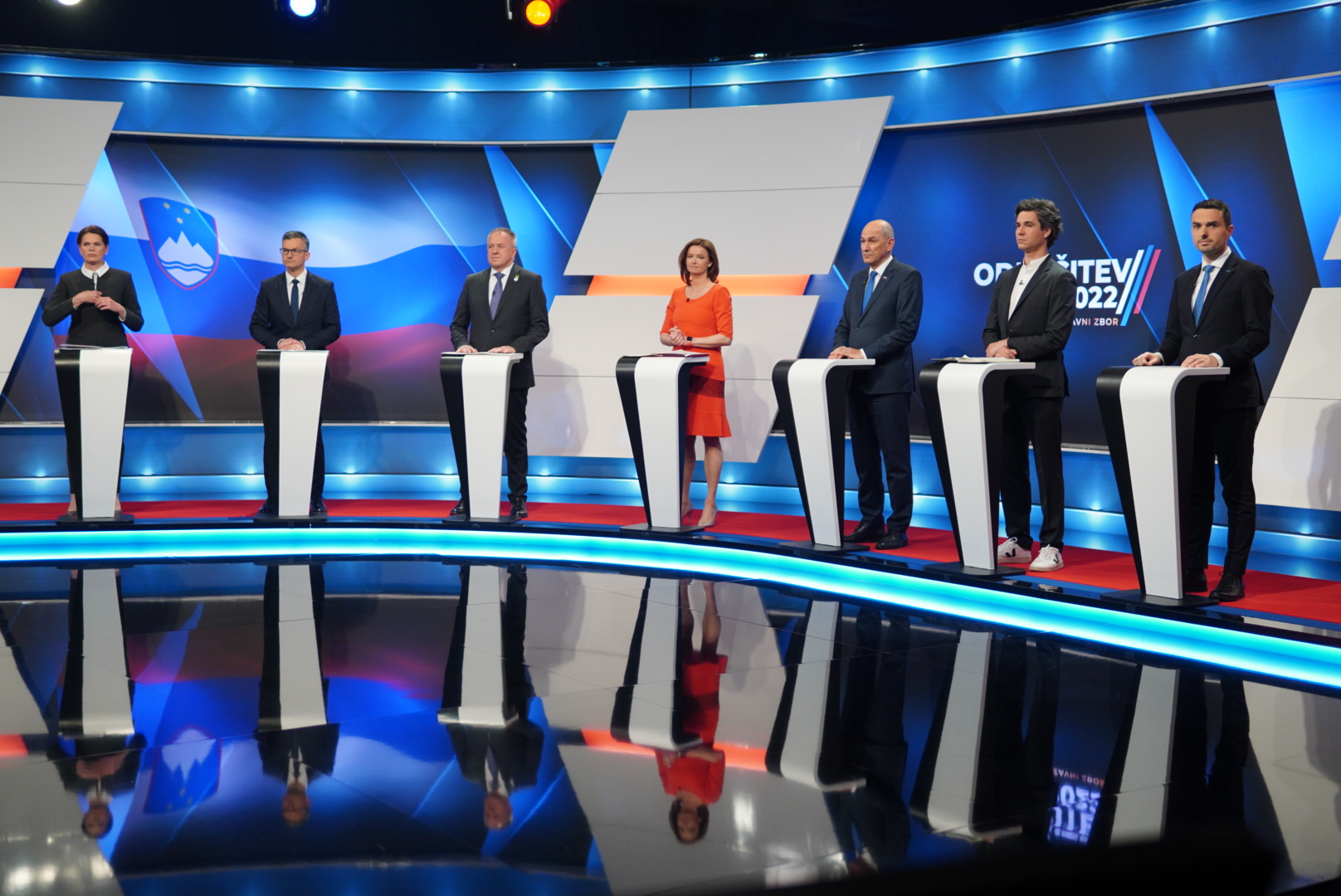 by Blaž Zgaga
Multi-awarded investigative journalist and author, who ran in the April 2022 elections on the list of Social Democrats

The tiny Alpine country of Slovenia faced two important geopolitical shifts during the last two years. After two years of an unnatural alliance of Slovenia with the illiberal block, in the elections of last Sunday, the Slovenian voters decisively supported a return to a democratic and European track. However, the struggle for Slovenia’s future is far from over.

The landslide victory of the recently founded ‘Freedom Movement’ at the last Slovenian elections confirms the Slovenian people’s commitment to Western values and corrected the political shift the country had experienced since 2020.

After years of covert financing of propaganda outlets of the far-right Slovenian Democratic Party (SDS) by Vladimir Putin’s main supporter of in the European Union, the Hungarian Prime Minister Viktor Orbán, Janez Janša managed to get to the helm of the government in March 2020, during the first wave of the Covid-19 pandemic: his third term in office. Immediately after having taken over, with the support of the social-liberal Modern Centre Party (SMC) and Democratic Party of Pensioners (DeSUS), he began attacking journalists, media, judges and judiciary, independent institutions as well as the political opposition and any critical citizens in social media and his propaganda outlets. In that way, he was attempting to establish an ‘illiberal rule’ similar to Orbán’s and Putin’s to ensure his permanent stay in power.

In doing so, he shifted Slovenia to the illiberal and pro-Putin Eastern European bloc. He and his SDS party strengthened relations with the Polish Law and Justice Party (PiS) of Jarosław Kaczyński, the Hungarian Fidezs of his main supporter Viktor Orbán, the Serbian Progressive Party of Aleksandar Vučić, North Macedonian VMRO-DPMNE of Hristijan Mickovski and the convicted former pro-Russian leader Nikola Gruevski (who enjoys ‘political asylum’) in Budapest, and the Alliance of Independent Social Democrats of Milorad Dodik in the Serbian entity of Bosnia and Herzegovina.

The illiberal block of parties in Central and South-Eastern Europe has two main elements in common. Primarily, they share undemocratic and illiberal methods of ruling to undermine the European Union and its core values like rule of law, separations of powers, press freedom and human rights. And secondly, a vast majority of this block has been financially, and in other ways, supported and influenced by Russia and its leader Vladimir Putin, who also financed many far-right parties in Western European countries.

In that way, Slovenia became a part of a bloc which has never been supported by a majority of its population, of whom, for example, 88 per cent voted for independence and an European perspective in 1990, before the break-up of Yugoslavia. Among repeated protests of Slovenian people against Janša’s authoritarian rule since March 2020, which, despite excessive police violence, lasted for more than 100 weeks in a row, Slovenian media, judiciary and independent state institutions retained a vast part of their independence, and main institutions were not irreparably damaged.

Then the Russian aggression against Ukraine since 24 February 2022 brought a major geopolitical earthquake in Europe. The biggest and the most important member of the illiberal block – the Polish PiS – has quickly taken its distance from Orbán because of its own security and historical reasons. Orbán and most of the South-Eastern parties of this block still support Putin’s policy, and even his aggression against Ukraine and might still cause security issues in the region. However, after the Russian attack, Janša made full volte-face just before the election campaign in an attempt to raise his possibilities of staying in power after many opinion polls showed he might lose elections. In one of his usual Machiavellian turns, Janša publicly admired the Ukrainian president Volodymyr Zelensky, whom he and his propaganda outlets previously despised as ‘a clown’. In an attempt to gain Slovenian voters’ sympathies, he was even among the first European leaders who visited Kyiv during the war. At the same time, he began to publicly attack Putin, with whom he had collaborated closely during his first two mandates as Prime Minister. Slovenian voters, however, perfectly remembered his politics during the last 30 years.

With a big election victory for the recently founded ‘Freedom Movement’, it will easily form a coalition with the Social Democrats or the Left (with 41 Members of Parliament, the ‘Freedom Movement’ needs only five additional deputies to achieve a majority in the Slovenian National Assembly – the Social Democrats won seven, and the Left five seats, both are potential coalition partners.) Even if the ‘Freedom Movement’ received many votes rather because people don’t wish Janša’s undemocratic and illiberal rule to continue than on its own programme, Slovenia has firmly returned to the European values in yet another political shift in just two years.

Despite a significant majority in the Slovenian parliament, the new coalition will face many challenges in a period of health and security crises. Many institutions, particularly the police, the army, security and intelligence agencies, tax administration, public media and others have been seriously damaged during the vast political purges of the far-right government. In response to the pandemic, Slovenia has been among the worst countries in many aspects and Janša’s government has left a big structural deficit and much higher public debt than before he took office.

Also, Janša managed to strengthen his support, with 53.000 additional voters, in absolute figures, an increase of 25 per cent compared to his result in the 2018 elections. And his bloc might get even more radical in the future. Since returning from prison in 2014, where he served half a year of a two-year sentence for bribery, Janša significantly increased his collaboration with European far-right groups like Identitarian Movements, neo-Ustasha and in his political declarations endorsed the ideas of Norwegian mass murderer Anders Breivik. In May 2021, his SDS party even considered to put ‘civil war in Slovenia’ in its party programme. The fact that, after the first mandate in 2004-2008, Janša succeeded in getting to the helm of the government twice again, despite that he was convicted for bribery and is facing a new trial for another gross crime of abuse of office and rights, and his recent statements after elections, indicate that he will not retire from politics or pass the SDS-leadership to a more moderate leader. Therefore, he will continue his struggle to get to power again and then forcefully change Slovenian society ‘to the right’, as he had declared already back in 1994 in his book Trenches, in which he announced his lifetime political programme. Obviously, he will also systematically undermine the work of the new democratic government from his role in opposition, with the help of his many supporters and party members, whom he appointed in state administration.

If the new democratic government fails and disappoints, like the government of former Prime Minister Miro Cerar, who had won a similar landslide victory in 2014 as the current one against Janša, it might be a real possibility for Janša to return to power again and Slovenia might face yet another political turn and shift away from democratic European values. That is why any political, financial, economic, diplomatic, and other support by European Union and its member states to the new democratic Slovenian government is needed more than ever.

Slovenia: a resounding no to ‘illiberal democracy’ and traditional party politics, by Matjaz Nahtigal