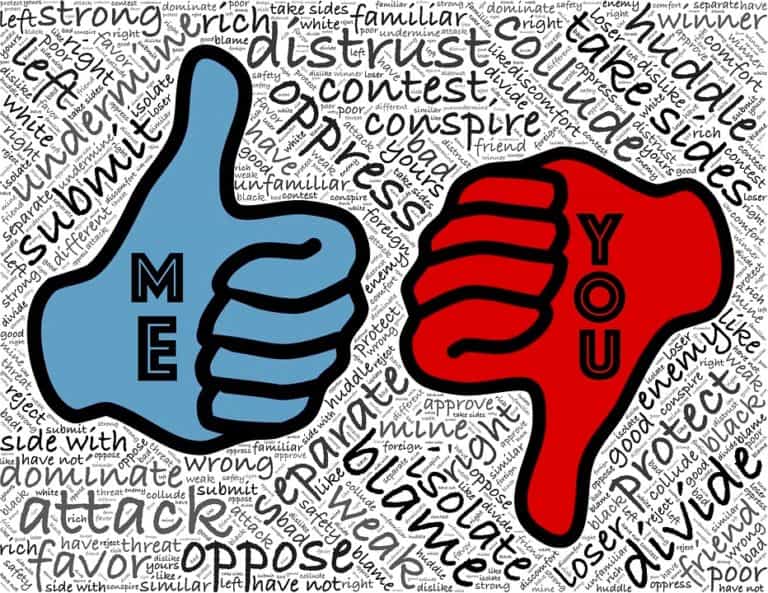 To be effective, democracy requires a certain degree of political divide within the spectrum to allow all individuals amongst us to make a personal choice during the election. To deny that such a divide forms an integral part of the political landscape will lead to the creation of an impasse – not a political one, but a democratic one. Such divides naturally vary and differ by relative intensity according to the historical moment or circumstances during which they were formed as well as the territory concerned. As such, one cannot say they play the same structural role in a presidential election or indeed in local elections. There are many examples. These divides, moreover, live, and survive, differently depending on the electoral system. As a result, where proportional representation exists, multiple differentiated political divides will emerge and expand in influence.

Nevertheless, despite these comments, the Western political landscape has been shaped, or to phrase it more succinctly, caricatured, by the opposition which exists between the left and the right. The reality is so engrained in the public psyche that the need for opposition has shaped the electoral strategies of the major partisan forces. Of course, there have been several occasions when the candidates during previous presidential elections attempted to break free from what appeared to them to be a straitjacket that had caused sterile ineffective opposition and successive administrations each only serving to exhaust the public’s willingness and interest in politics. To this day, such attempts have been ultimately unsuccessful.

It is indeed this ‘iron-rule’ that many candidates within the top four are questioning. Each party is attempting to address this issue in their own way. Of course it is the National Front (FN) candidate who is attempting to take the concept of patriotic duty hostage to achieve their ultimate goal. But one can equally argue that to some extent Jean-Luc Mélenchon has achieved the same by supporting “degagism” from the outset of his campaign and more latterly by emphasising the gulf between the “people” and the “elite” which inevitably led to the left-right divide being brought into question, even though much of his personal voter base and partisan support come largely from the nebulous communist supporters. As for Emmanuel Macron, he has continued to enhance his position by utilising a strategy that nearly exclusively negates the historical divide, but instead focuses on the best way to overcome such an issue. It is from this position that he continues to affirm “the right and the left.”

From this perspective, perhaps, as is the case in many neighbouring countries, each time a political shift alters the culture and causes a variation as a direct consequence of specific circumstances or as a by-product of the individuals involved a new political divide forms: continual cycle of opening and closing of the divide. It is self-evident, as with any academic distinction that such observation can not in itself effectively summarise all the options or the political stakes. It does however serve to affirm the notion that the issue is very black and white when in reality many different shades of grey remain. Yet, the real objective for such an observation is to structure the political offering, not to merely summarise the position. If this is shown to have demonstrable value as a tool by which to assess the political situation then the changes which the observation induces within the political system shall in any event take several years to produce any actual consequences and it is not even certain whether or not they will have any effect upon the local elections. The collapse of the “right-left” divide which was perceived by many to have taken place over recent years has not ultimately lead to the disappearance of the divide but merely ensured that it shall be viewed as secondary. It is no wonder then that the voters are upset and that this presidential election remains in many ways an unknown entity. The time may have come to opt for some different glasses.