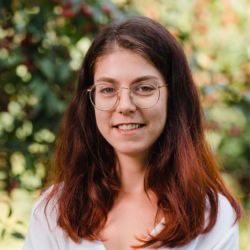 Rural challenges are characterised by their heterogeneity: in France (and Western Europe more largely), ‘rural’ does not necessarily mean ‘remote’ or ‘marginalised’. Yet there is a growing discourse of ‘left-behind’ rural areas in amplifying the territorial divide narrative. Such a discourse weighs heavily on Western representative democracy and its political legitimacy, as the ‘gilets jaunes’ movement in France or the mapping of pro-Brexit votes in the UK can attest. The economist Laurent Davezies argues that the State has not ‘abandoned’ rural territories: proportionally to the number of inhabitants, state intervention in rural areas is more significant than in urban areas. The education sector is certainly one example. Facing rural diversity, commentators such as the geographer Xavier Desjardins have wondered if the territorial divide narrative is more fantasy than substance, raising the question: how do you treat a feeling?

By their very nature, rural and urban territories do not offer the same living conditions. Even though states have increased their engagement in rural areas, one does not live in rural areas the same way as in cities: by essence, those two types of spaces impose different living standards. This does not mean public authorities should leave it like that: In June 2021, the European Commission published a long-term vision for the EU’s Rural Areas, comprising the so-called ‘Rural Pact’, a potential lever to change this perception of abandonment. This Pact aims to create “a common framework to engage and cooperate between stakeholders at EU, national, regional and local level”, an entry point for revitalising rural areas. Involving citizens in local development counts among the answers to the growing distrust in representative democracy and the lagging behind of some rural areas: participatory processes, when well-implemented, can potentially counteract that ‘us versus them’ narrative and feeling of local dispossession

For citizens to be involved in local development (and more largely public life), a ‘return on investment’ is needed: as an inhabitant, what is my personal interest in making this place more developed? The materialistic dimension of citizen involvement should not be overlooked: having access to services that were previously absent plays a big part in community-led development. More than a civic gesture, there must be a tangible gain from participation, such as providing new services (a municipal football club, a public aid office, community-supported agriculture, for example). Rural territories can be favoured areas in this regard, with their sizable centres which gather services (food shops, town hall, etc.). Low human density also creates familiarity and can be an interesting starting point for developing citizens’ participation.

In 2015, the French National Assembly signed the NOTRe law, making it mandatory for each municipality to be attached to an inter-municipal community. This law led to a nationwide consultation process for each municipal community to validate their political legitimacy. However, this procedure was introduced as an essentially top-down process (the final decision remaining in the hands of elected politicians), which did not counter the perceived lack of legitimacy of representative democracy: participatory processes need to be genuinely open to bottom-up inputs, or they can be counterproductive. In addition, this process highlighted a significant symptom of community-led development: the lack of diversity of their participants. As the researchers Alice Mazeaud and Julien Talpin write, “We know that the real public of these [participative] processes is never the dream audience of deliberative theories: it is neither representative, nor egalitarian, nor completely profane and disinterested.” As anybody who attended a consultative meeting is aware, only a convinced or hostile audience is usually present – virtually no new audience ever reaches out to get information.

Hence the question: how to get a broader range of people to be involved in local development, and how to make them have a tangible impact? Jo Spiegel, the mayor of Kingersheim (13,263 inhabitants) in the French Alsace region until 2020, decided to work on this very challenge. He started a process of participative councils, composed of members chosen by lot from the electoral list: randomly designated inhabitants who were to influence major local issues. His initiative encountered positive feedback as a valuable tool to involve citizens in community-led development, especially in remote and rural areas. By giving impulse to a process (instead of waiting for locals to get involved by goodwill), randomised draws have the power to combine representative and participatory democracies. Moreover, they can be applied in any type of goal-oriented body (youth councils, teacher-students meetings, mixed-interests groups etc) if – and only if! – the decisions taken by such a randomised group have a chance to be indeed implemented. Diluted versions of this tool can be mailbox calls, mobilising educational institutions, leaflets distribution, etc: the strength of randomised draws is to put people in a position where they can refuse to participate but not wonder about the absence of opportunity.

Smile for the picture: community-led development and the public sector

We now have three main ideas for participative processes: randomised draws or other reaching-out methods; a ‘return on investment’ dimension (‘real impact’); and enthusiastic (and open) leaders. Of course, none of those ideas is new, as grassroots participation is well-anchored in our territories, and research is growing. Grassroots activists, like the local development network BRUDED, structure the ideas we highlighted into four building blocks to help and develop community-led projects:

Indeed, when discussing the revitalisation of marginalised areas, the heart is not all. Counteracting populist discourses about the state’s abandonment of rural territories, involvement must come from both sides, to breathe new life into both rural areas‘ development and representative practices. In such a shared process, the European Union and its Rural Pact have a role to play on the narration ground (treating feelings with feelings): beyond the local level, the public sector should play the role of an educator more than anything else. Relying on local authorities and activists, supralocal bodies have the material capacity to gather good practices and share them with local leaders; they also have the means to start broader communication campaigns, able to reach far out regions and people. A coordinating and ‘mind-opening’ position of the Rural Pact, more than a leading role, could prevent the EU from appearing like this gigantic, obscure, and meddling entity while developing community-led experimentations.

Philosopher Gabrielle Halpern’s hybridisation theory prompts an interesting image of what we could aim for: she calls it a ‘centaur-like democracy’. More than simple fusion, juxtaposition, assimilation or annihilation, Halpern’s ‘centaur’ embodies the hybridisation process as a contradictory and motley mix. In practice, it would mean blending traditional representation and renewed participatory processes. As the mayor Jo Spiegel’s democratic laboratory shows, this democratic chimaera needs new tools, enthusiastic leaders and structural support to become a reality. Especially in centralised countries like France, rural areas will benefit from exploring new ideas, determination, and patience to find practical answers. Rather than waiting for zealous citizens and leaders to emerge, the EU would be well inspired to spread the word.