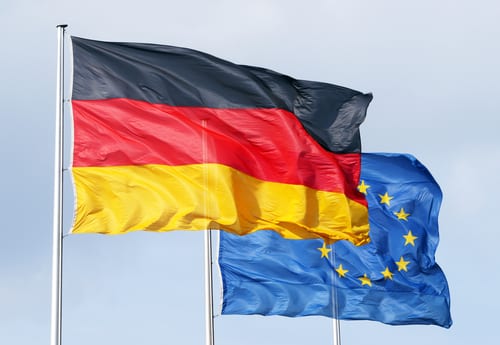 On the 1st of July, Germany took over the rotating presidency of the Council of the European Union. For some, and especially for the readers of the late sociologist Ulrich Beck (author of “German Europe”), who may assume that Germany is in charge in the EU no matter what, the significance of this might be questionable. However, calling the shots on many issues from the background is not the same as holding a formal leadership role, but the latter also occasionally comes with a frequency defined by the number of EU Member States. With the current composition, this means twice in a generation, and it is worth noting that the previous German presidency also took place under a Grand Coalition of Christian and Social Democrats, headed by Angela Merkel.

Normally, holding the chair of the Council is not something that is considered to be a power position, especially since the Prime Minister of the given country is not chairing the European Council, headed by an elected President since the entry in force of the Lisbon Treaty. However, Germany is taking over the presidency at a critical time which, even without the COVID-19 crisis, would have been a decisive juncture. The coronavirus and its aftermath allow the German government to play an extraordinary role in shaping the future of the EU, and the earlier presidency plans had to be adapted accordingly.

The mother of all presidencies

The preparations of an EU presidency take several years and thus the German priorities for the second half of 2020 had to be developed well before the actual start. In a larger basket of policy issues, resetting EU-UK and EU-China relations stood out as major items. It was also assumed that Germany would have a deal-making role to play on the Multiannual Financial Framework (MFF), should earlier attempts fail to deliver the EU’s seven-year budget. And the German agenda just grew and grew since the preceding presidency, that of Croatia, became engulfed by the coronavirus pandemic and its consequences exactly at half-time. It is also true that from smaller and newer Member States holding the presidency, the community expects less, which is the case for Croatia.

The COVID-19 crisis quickly showed that the minimalist approach of the EU’s role in emergency management is not sustainable. This is not only about ex post solidarity coordination, but also about the establishment of greater safety and stabilisation mechanisms, including in finance. Consequently, the German presidency does not simply have to broker a new budget for the European Union, but to create consensus on one that had to be reinvented within a few weeks’ time only. This is the area where the COVID-19 crisis triggered the most profound paradigm shift for Europe, which also can be called the Copernican revolution of EU public finance.

“The fact that Germany, thanks to SPD politicians and intellectuals, shifted away in time from its own frugal legacy, makes it possible today for Berlin to be the driver of this process.“

It is vaguely right to say that the pandemic is a symmetrical crisis, but in the imbalanced context of the Economic and Monetary Union, the coronavirus-driven recession can lead to hugely asymmetric consequences, further increasing the vicious polarisation between North and South. The nasty spats in the Eurogroup were quickly foiled, but a sustainable solution that would represent a win-win arrangement for the entire EU requires a grand bargain. The fact that Germany, thanks to SPD politicians and intellectuals, shifted away in time from its own frugal legacy, makes it possible today for Berlin to be the driver of this process.

The MFF that is waiting for the German presidency is one that was put forward by Ursula von der Leyen in May 2020, despite the fact that only 3 months earlier, in February, the European Council was trying to approve a very different one, originally designed by Jean-Claude Juncker and his German budget Commissioner Günther Oettinger. It is interesting to recall that for the kick-off of the process Oettinger invited the then Foreign Minister and Vice-Chancellor of Germany, Sigmar Gabriel, who in 2018 January gave a highly optimistic speech about the possibility of creating a more ambitious MFF.

However, the following period was overshadowed by the consequences of Brexit, and the resistance of various groups of countries to changes in the EU budget either in qualitative or quantitative terms. How to finance the recovery has been the most critical questions since the beginning of the great lockdown in March 2020. Though Europe again appeared divided on the question of solidarity, the debate quickly moved to a new dimension, thanks to the proposed 80% increase of the overall fiscal capacity of the EU, the introduction of a counter-cyclical stabilisation function, and the possibility of financing transfers from jointly issued debt. These are not simply examples of the proverbial step to the right direction, but very important features that potentially can turn the MFF from its head to its feet, to use an expression from German philosophy, by establishing a proper stabilisation role at the community level.

“as it was true in February, it is even truer now, the budget building process has to be fast since the new MFF period begins immediately after this semester“

In May 2020, one week before the Commission’s MFF proposal, Angela Merkel publicly aligned herself with Emmanuel Macron’s position on economic governance, which had not received adequate response from Germany for years. Ironically, the controversial decision of the German Constitutional Court on ECB competences contributed to the shift of the position in Berlin, by setting limits to ECB action and, perhaps unintendedly, prompting fiscal policy into action to avoid the risks of over-reliance on the ECB. Though a lot of steps still have to be made for the implementation and the effectiveness of the new Recovery instrument, May 2020 saw a spiritual change which, if sustained, can turn out to be a game changer not only for the short-term economic recovery but also the longer-term reconstruction of the EU. Angela Merkel, who had already brought about major U-turns in German domestic politics (on family policy, nuclear energy as well as immigration), now orchestrated another one that has extraordinary significance for the survival of the European Union. And, as it was true in February, it is even truer now, the budget building process has to be fast since the new MFF period begins immediately after this semester.

Call for a robust social agenda

Originally, Germany did not intend to come forward with a particularly robust social agenda for its presidency. They have focused on improving working conditions (human-centric work, global responsibility in supply chains) and minimum income schemes.However, the coronavirus crisis is producing a noticeable effect, at least concerning the expectations on the need to deal with the economic and the social consequences of the pandemic simultaneously. Since the von der Leyen Commission has already put forward ambitious new initiatives, there is no real need for inventing proposals, while keeping the existing ones on track is important. The instrument invented to promote short-time work arrangements, called SURE, stands out here, without assuming that this would be a substitute for proper unemployment re-insurance at EU level.

Officials in Berlin must have noted that the social paradigm of the EU has moved a lot since their last presidency. For example, the current debate on minimum wage coordination by the EU would not have been possible just a decade ago.The EU only started to advocate national minimum wages in the 2012 Employment Package, shortly before Germany itself introduced a statutory minimum wage, following the return of the Social Democrats (SPD) into government. The idea today is to make setting minimum wages transparent and predictable through EU coordination and ensure the involvement of social partners. A general requirement is that the institution of the minimum wage should contribute to a decent standard of living for all workers in the EU.

The German presidency ambition, on the other hand, goes beyond the question of minimum wage, namely to minimum income. More precisely, Germany would like to see minimum standards on EU-level for minimum income protection schemes, in order to protect people from poverty and social exclusion everywhere in the EU, to facilitate labour market inclusion and to serve as an economic stabiliser in times of crisis.In the current circumstances, the importance of minimum income schemes is also highlighted by the need to combat the socio-economic consequences of the COVID-19 pandemic. The German presidency can oversee critical decisions on some of these initiatives, and promote the debate on others to prepare the ground for progressive conclusions under the subsequent Portuguese and Slovenian presidencies.

A crisis often means that members of a group pull together and set aside cleavages. This looks like the dominant trend today in the EU, but the group is still large enough to sustain significant policy divergence, including in the field of fiscal as well as social policies. The formal and informal power of Germany can turn out to be decisive during this presidency for long-term economic and social cohesion, besides other strategic questions. The German presidency can result in major steps to overcome divisions, leave behind the agony of slow-motion governance reforms in important areas, reset the relations of the EU with major international players, and also help framing the forthcoming conference on the Future of Europe that is meant to build a badly needed bridge between the Brussels bubble and the European citizens.