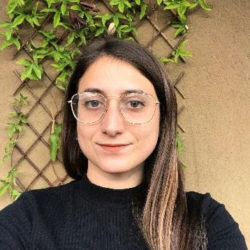 by Caterina Ghobert
Caterina Ghobert has been working on socio-economic and minority rights with NGOs, international organisations, and think-tanks in the Balkan region. She collaborated with OBCT-Transeuropa and is currently based in Pristina

Crises put the competitiveness of WB economies into question

In the early 2000s, after the Yugoslav conflict, observers expected the countries of the Western Balkans (WB) to transition rapidly to a free-market economy. The 2003 Thessaloniki Agenda seemed to pave the way for a relatively smooth EU integration process. However, despite progressive market liberalisation and GDP growth, WB economies have been confronted with several challenges in the past two years.

In 2019, growth expectations were mildly positive, and most WB countries were slowly increasing direct and indirect investments in infrastructures, supported by EU projects and loans from other international actors such as the Western Balkans Investment Framework (WBIF), the European Investment Bank (EIB) and the European Bank for Reconstruction and Development (EBRD). Some countries, such as Serbia, worked to develop favourable conditions for foreign investments, particularly in the IT and manufacturing sectors. Conditions seemed conducive for needed structural reforms, particularly in the labour market, which is structurally affected by high unemployment rates and tax compliance.

The resilience of WB economies was stress-tested by the Covid-19 pandemic, which severely hit the region in 2020, causing an average GDP contraction of 3.2 per cent, and an increase in youth unemployment from 24 per cent in 2019 to 36 per cent in 2020. In 2021, WB economies surpassed pre-pandemic levels, with unexpected high GDP growth of 7.4 per cent and the highest employment rate ever recorded. This swift recovery resulted from increased consumption and was possible thanks to massive public investments, which, however, resulted in higher public debt. New economic challenges, such as inflationary trends in raw materials, food, fuels, and energy prices, started confronting the region in the second half of 2021 and intensified after the beginning of the war in Ukraine and subsequent sanctions against Russia. Currently, the region’s recovery seems at risk.

Economic growth and stability in the WB countries, which would create the conditions for long-lasting competitiveness, depend on structural reforms to build resilience. A decisive factor in setting virtuous cycles would be a favourable political environment and forward-looking public investments in labour and welfare. However, it seems that WB governments have privileged short-term gains.

In the past decade, WB countries, aiming to move toward EU integration, have focused on infrastructures and privatisation. The development of infrastructures, especially transport corridors under the auspices of the Berlin process – an intergovernmental cooperation initiative for revitalising the ties between the WBs and several EU member states, launched at the Conference of Western Balkan States in Berlin in 2014 – and its connectivity agenda, is not homogeneous and subject to the (geo)political conditions at the country and regional level. Privatisation has often led to bankruptcy and closure of existing companies, with severe effects on the workers. Schemes to attract foreign investments with favourable fiscal conditions and a cheap labour force seem to be also affected by global post-Covid trends.

Uncertain working conditions, with chronic low rates of labour force participation (youth unemployment at 37.7 per cent in 2021) and a high level of informality (between 20-30 per cent of the economy) affect the functionality and the competitiveness of all economic sectors, but they are also a strong push factor for migration. The WB are countries of high temporary and permanent emigration. A striking example comes from the 2021 census in North Macedonia, which recorded a decrease of 185,834 residents (9.2 per cent) since 2001, with 207 villages now completely empty. People who are migrating are mostly – albeit not exclusively – high-skilled people.

In the past, economic growth did not translate into more and better jobs. The current price crisis has eroded house-holds savings and welfare. The limited dynamism of the labour market is a push factor for migration from the WB, resulting in long-lasting effects on the economies of these countries, where public and private sectors hardly find skilled workers, but also on the already weak social protection systems. WB countries should invest in building a better-skilled workforce and increasing the quality of available jobs, to create better-payed and more sustainable jobs and retain the personnel. The current concentration of employment in low-skilled and low-productivity industries exposes workers to technical changes and crises.

It is clear that a green transition is fundamental in the WB countries: they heavily rely on coal and on emission-intensive infrastructure, which affect citizens’ quality of life and – in times of soaring energy costs – and productivity. At the Sofia Summit in 2020, leaders of the WB welcomed the ‘Green Agenda for the Western Balkans’, and committed to undertake several actions, including the alignment with green EU standards like the 2050 carbon neutrality target. Obviously, this positive attitude was favoured by the generous investment package offered by the EU.

Phasing out coal requires long preparation, not only to diversify energy sources, but also to plan a realistic alternative for all satellite economic activities, and related social costs. If, at first glance, it seems that the current energy crisis contributed to an interest in clean energy and efficiency, there are signs that it might slow down the green transition. Moreover, WB citizens remain vulnerable to higher energy prices, and WB governments should work to mitigate energy poverty.

Over the past few years, several regional initiatives attempted to foster the EU integration of WB countries and improve the economic cooperation between these countries, which, except for Albania, have inherited the Yugoslav legacy of highly interdependent infrastructures and markets.

The Berlin process and the Regional Cooperation Council (RCC) are part of the same effort by the EU to foster the integration of the WB and to support their economies with initiatives such as the common regional market, endorsed by WB leaders during the Sofia Summit. All WB countries (except for Kosovo) are also members of EUSAIR, an EU macroregional strategy in which EU and non-EU countries work together to promote economic and social prosperity and growth by improving its attractiveness, competitiveness and connectivity, as well as contributing to the further integration of the WB. The ‘Open Balkan’ initiative, initiated by Albania, North Macedonia, and Serbia in July 2021, aims at increasing trade and cooperation. From January 2023, the borders of those three countries will be open to each other’s citizens and products.

Regional cooperation seems fundamental to support growth and WB economies’ competitiveness and accelerate reforms, particularly the green transition. However, (geo) political interests seem to stand in the way of fully realising these initiatives, putting into question their actual contribution and sustainability.