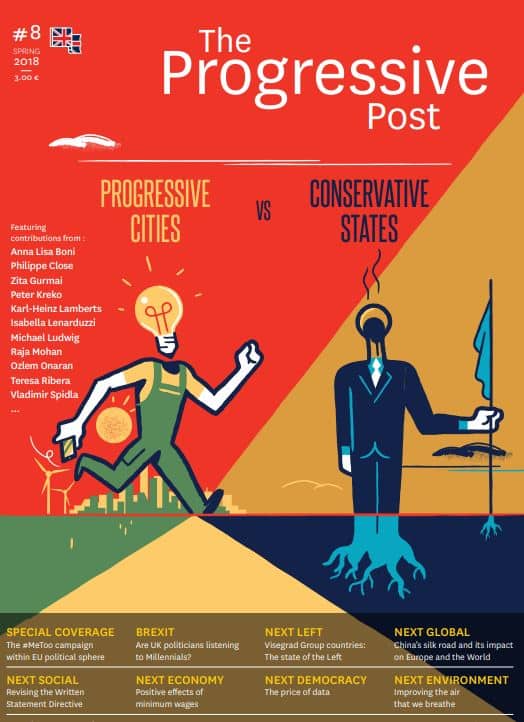 It is no coincidence that social democracy is rooted in big cities. In these ever-growing spaces, there is a new generation of young people attracted by local amenities and migrants drawn to the cities in the hope of finding their first job and a better life where they are fully included in society. In these political, economic, digital and international capitals, the world is constantly changing. This is an open, multicultural and multilingual world.

But the city can sometimes seem rather like an employee in a public administration who is dealing directly with the public or the switchboard operator at a large company. They listen to the complaints and concerns of respectively, citizens or dissatisfied customers but they can do nothing about the issues raised. The state dominates and, when it is led by conservative forces, often acts overly cautiously or even in a cowardly way.

Currently, nation states are predominantly huddled together in Europe and appear prepared to let the market decide what is best for them. Instead of taking responsibility and offering a reassuring vision to citizens, the state gives time and freedom of speech to nationalists, which only serve to make the situation worse.

Ceding in many ways to the powers of influence of conservatives and liberals, the European Commission has just proposed reducing the component of the European Union’s budget that was dedicated to the development of cities and regions, who are the major stakeholders in people’s everyday lives.