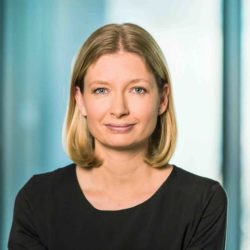 The Austrian coalition of conservatives and the far right ended after only 17 months over an outrageous political scandal. The snap elections which are held as a consequence prove to be difficult for the SPÖ – despite the scope of the scandal.

When in autumn 2017 the conservative Sebastian Kurz formed a government with the far-right Freedom Party (FPÖ), most political observers expected the coalition to succeed with its right-wing-conservative agenda and the will to transform and shape the country over a period of at least ten years. The political visions of the partners were very much alike, the conservatives enjoyed the triumph of moving into the Federal Chancellery and the Freedom Party finally had reached effective government-power.

Austrian politics, administration and media used to be shaped by a strong social partnership and a political culture of stability and compromise. The conservative/far-right coalition however, instantly broke with this tradition and in short time effectively diminished the influence of the trade unions, extended working hours, reduced poverty reduction measures and re-established backwardly methods in primary schools.

The coalition however faced two major challenges: the Freedom Party is a right-wing populist party with multiple overlaps with right wing extremists. The party leader and Vice-Chancellor Heinz-Christian Strache was not able to control the extremists in the party: they were simply too powerful and too many, which led to a series of scandals. In May 2019, the German newspaper Süddeutsche Zeitung published a secretly recorded video that showed Strache offering state contracts to a woman who introduced herself as a niece of a Russian oligarch, in exchange for donations to the Freedom Party, and multiple other compromising details. Strache had to resign and Sebastian Kurz announced the end of the government and snap elections, hoping for a huge shift of former FPÖ voters to the conservatives. Kurz tried to maintain a provisional one-party-government under his leadership but lost a vote of no confidence by a large majority in the Parliament in June – it was the first successful no confidence vote in Austrian history. For the transition period before new elections were held, the President installed a government of senior public servants.

“The party leader and Vice-Chancellor Heinz-Christian Strache was not able to control the extremists in the party, they were simply too powerful and too many, which led to a series of scandals.”

One week before the election, polls show a strong lead for Sebastian Kurz again (33-35%) – with a moderately declining trend, however. His campaign focuses on continuing the project he started 2017: a restrictive approach towards both migration and migrants and lowering taxes. Kurz requests the voters to “create clarity” by voting for him. Although the conservatives are leading in the polls, the campaign had to face several setbacks. There were uncomfortable data-leaks – revealing high debts and concealed donations – which the party claims resulted from a hacking attack.

The lead-candidate of the Social Democrats (SPÖ) is Pamela Rendi-Wagner. She is a former doctor, scientist, public health expert and senior public servant. She joined the party in 2017 when she was appointed minister for women and health, shortly before the coalition between SPÖ and Kurz’ ÖVP came to an end.

Rendi-Wagner’s goal is to prevent a remake of the former coalition and she rules out to build a government with the extreme right at the same time. The SPÖ campaign focuses on housing, the future of work, health care and climate justice. The latter is probably the dominating topic in public debate.

The Social Democratic approach is to combine climate policy with the social dimension. Both the causes and the effects of climate change are very much unequally distributed. The industry causes 45% of all carbon emissions whereas the common people suffer from pollution and heat. The SPÖ focuses on investing in public transport, working time reduction and a European carbon tax for the industry. It opposes a carbon tax on petrol and heating oil, claiming the steering effect would be too weak in order to justify an additional financial burden on the households. Important social democratic projects are a job guarantee, a legal right to only work four days a week both for part-time and full-time employees, a tax-free minimum wage of 1.700 Euros and the introduction of inheritance- and property-taxes. The polls however predict a lower result for the Social Democrats than in 2017 (21-23%).

Regardless of their responsibility for one of the most severe political scandals since World War II, the Freedom Party proves to have an incredibly stable electorate and might remain around 20%.

Whereas the Liberals are expected to gain around 5-10%, the Greens, who dropped out of the parliament in the last elections, are expected to win back votes from an unsuccessful green spin-off and other parties.